Polish media: What are the reasons for Russia's protests over the Baltic Spit 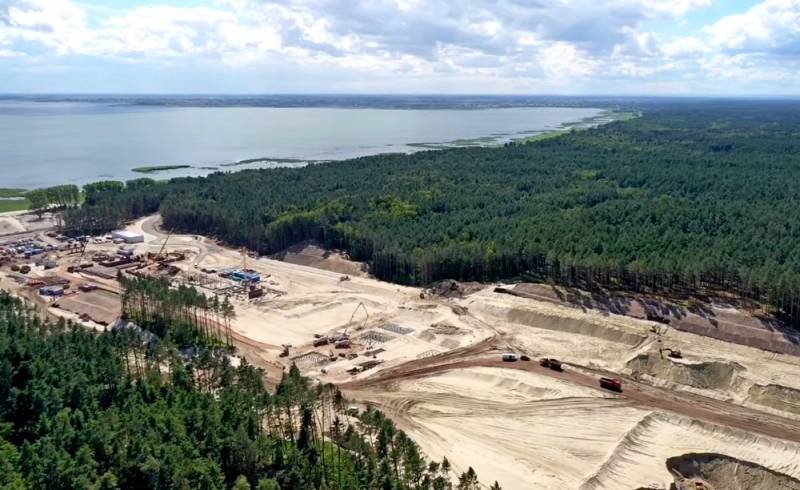 Construction work on the construction of a navigable canal across the Baltic Spit, carried out by the Polish government, is provoking protests from Russia. Moscow is appealing to international environmental organizations, trying to challenge the rights of the Poles to these actions under the pretext of causing harm to the environment. But, according to the Polish media, the point here is completely different. Writes about this edition Niezalezna.


Deputy Minister of State Assets of Poland Matchey Maletsky said that in the area of ​​the Baltic Spit, just at the construction site of the canal, an amber deposit with a volume of about 6,9 tons was discovered. Against the background of the work, the Russians intensified protest actions, trying to challenge the legitimacy of financial investments in the project - while the Russian Federation is hiding behind concern for nature.

I am glad that in Moscow they are concerned about the depth of the canal. But these demarches have economic basis, since Poland creates conditions for a strong competitive struggle - the Russian Federation insists on the priority development of the port of Kaliningrad. But our government decided that the canal should be dug, and this will be done
- said the Polish Minister of Maritime Economy and Inland Navigation Marek Grubarchik.


Warsaw competes directly with Moscow in the Baltic Sea region, striving to develop the port city of Elblag - in the future it will be able to deliver goods to larger ports and serve local freight traffic in the Baltic and North Sea regions. According to Grubarchik, the construction of the canal does not have a negative impact on the environment - it is just that Russia is trying to avoid competition from Poland. There are a lot of such channels - for example, in Holland.
Reporterin Yandex News
Reporterin Yandex Zen
2 comments
Information
Dear reader, to leave comments on the publication, you must sign in.