What President Lukashenko achieved with an action against a "Russian PMC" 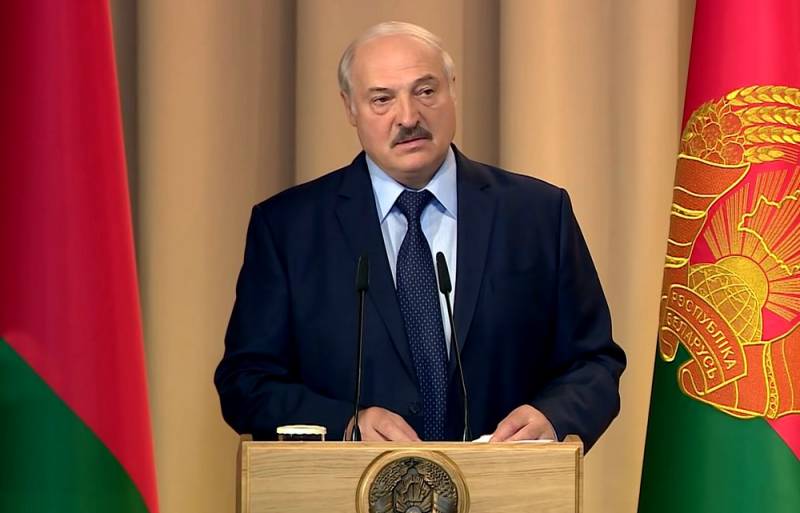 Another aggravation in Russian-Belarusian relations. Several dozen fighters of a certain PMC (banned in the Russian Federation) were detained in a sanatorium near Minsk, and there are more than two hundred of them on the territory of the republic, according to the local "Chekists". After a 20-minute interrogation, all the detainees were released, but the sediment, as they say, remained.


According to President Lukashenko, Russian mercenaries have been deployed to Belarus to “destabilize” it on the eve of the elections:

I look at the reaction of the Russians. They already, making excuses, say that we almost brought them here ourselves. Clearly, you need to somehow justify your dirty intentions.
What are these "dirty intentions" that Alexander Grigorievich hints at?

It is no secret that the Kremlin is not too happy with the overly multi-vector policies the Belarusian leader. President Lukashenko demonstratively looks at the West, conducts joint exercises with the NATO military. At the same time, he openly sabotages the integration process within the framework of the agreement on the creation of the Union State of the two fraternal republics. Perhaps, somewhere in the depths of the soul, the Russian authorities are not opposed to Alexander Grigorievich being replaced by someone more loyal and constructive. But let's look at things adequately: the way they try to portray it in Minsk, such things are not done.

When people of a specific appearance, dressed in military style, gather in a sanatorium serving as a collection and transfer point and demonstratively avoid drinking alcoholic beverages, this cannot fail to attract the attention of vigilant Belarusians, who will immediately report “where to go”. And, in fact, what could have been their "destabilizing role"? Stand with posters "Down with Lukashenka!" and "We want lace panties"? Sorry, this does not hold water.

If anyone is preparing for a coup in Belarus, it is the countries of the West. Everything is done according to Ukrainian patterns: countless foreign NGOs, the encouragement of small-town nationalism, the opposition of Belarus and Russia. The only thing left to do is to start handing out "cookies" to their "fosterlings" and take aggressive "selukovs" to Minsk to announce the results of the presidential elections. If the West does not recognize, and the security forces take a passive position, this is where everything will begin. But what has Russia to do with it?

The variant with the “Belarusian transit” seems to be much more realistic. Many Russians are employed in so-called PMCs around the world. A lot of risk, no guarantees, but they pay. Minsk could well have been a transshipment point, and the Belarusian special services simply could not have known this. Apparently, President Lukashenko decided at Russia's expense to raise his rating on the eve of the elections, hinting at "foreign interference." Having played the card with the "Russian PMC", Alexander Grigorievich is trying to rally around himself the pro-Western forces in the country. How far-sighted this is on his part is a big question. Besides elections, there is another reason.

Most likely, having dispersed the competitors, Lukashenka will once again become president. The story of "Russian intervention" will be used after the nationwide vote as an argument against integration within the Union State.
Reporterin Yandex News
Reporterin Yandex Zen
16 comments
Information
Dear reader, to leave comments on the publication, you must sign in.