After oil: how Russia's wealth will grow 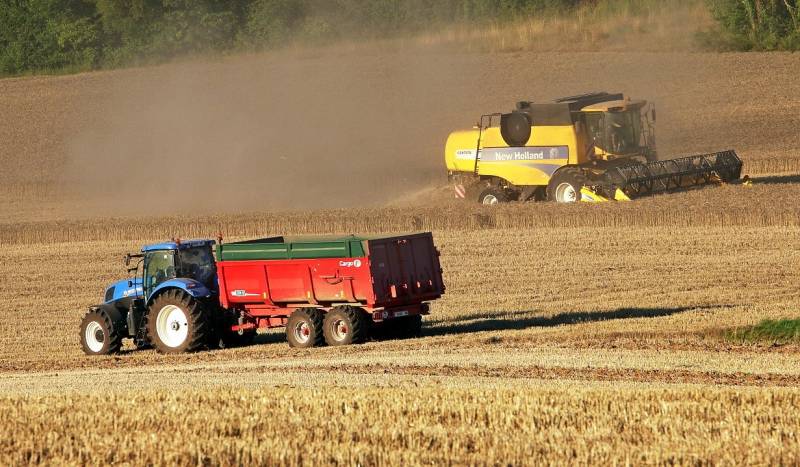 Difficult times are coming for Russia. OPEC experts are increasingly inclined to believe that the "coronacrisis" has become a powerful catalyst for the phase-out of fossil fuels. For our country, which last year accounted for almost 60% of exports, 45% of the federal budget and about 20% of GDP for oil and gas, these are bad news.


Despite the OPEC + deal, concluded following the disappointing results of the "oil war", prices for "black gold" remain at the level of $ 40 per barrel. No one is dreaming of the former $ 150 per barrel, world demand has fallen by a third and may no longer recover. A new reality has come.

Of course, there is no talk of a complete rejection of oil. The cheaper raw materials will be more in demand in developing countries: India, Asia and Latin America, Africa. Moreover, inexpensive oil will even contribute to the economic development of these poor states. Also, do not forget that "black gold" is not only fuel, but also an irreplaceable raw material for petrochemical products. Therefore, there is no need to talk about a world without oil in the foreseeable future.

However, the so-called “golden billion” is taking a different path. The EU has announced plans to completely phase out fossil fuels in 30 years. Renewable energy sources are actively developing in the EU and the USA, and more and more are moving from ICEs in cars to electric motors. Germany, the locomotive of the European economics, from the atom and coal is moving towards the widespread use of natural gas, and in the medium term - towards the "green hydrogen". The most developed regions on the planet, the United States and the EU, are increasingly greening, setting the tone for fashions that others will later follow.

All this forces the largest players in the energy market to revise their development strategies. For example, Shell and BP are scaling back investments in hard-to-recover oil projects. For Rosneft, this new reality does not bring anything good: the feasibility of developing the Arctic shelf and the Bazhenov formation becomes a big question. The affairs of Gazprom on the European market already do not look the best. It is quite obvious that the former economic model of the Russian Federation is beginning to exhaust itself faster and faster. This does not mean that it is time to bury us, but the need for change is no longer in doubt. What can become our "new oil"?

At first, we need a forced decoupling from the raw material dependence, created artificially. The emission of each ruble is carried out by the Central Bank of the Russian Federation against the US dollar received from exports. Since 60% of exports are accounted for by oil and gas, this is how the notorious "dependence on raw materials" is formed: any negative changes in the global situation will immediately affect us.

Secondly, only the lazy does not speak about the vital necessity of the reindustrialization of Russia. It's time to move from words to deeds.

Thirdly, the domestic agricultural sector is gaining more and more strength, which we will discuss in detail told earlier. Despite the "coronavirus", Russia is setting new records for the export of grain, fish, meat, sugar, and so on. China is a growing market, where chicken meat is in great demand due to the effects of African swine fever. The PRC accounts for about 40% of the global demand for ice cream. At the end of last year, domestic confectioners became the first in sales of chocolate in the Middle Kingdom. This in turn pulls out the indicators of the sugar industry. But the main export commodity of Russia in the field of agriculture is, of course, grain. According to forecasts, our country will account for more than a fifth of world production, which causes great concern among Western competitors.

Summing up, we can say that not only oil and gas can increase our common welfare. The main thing is to work.
Ctrl Enter
Noticed oshЫbku Highlight text and press. Ctrl + Enter
We are
Peace enforcement operation. Russia inflicts a preemptive strike on Kiev
“The dark August night came the one whom the Ukrainians were waiting with horror”
Reporterin Yandex News
Read Reporterin Google News
23 comments
Information
Dear reader, to leave comments on the publication, you must sign in.