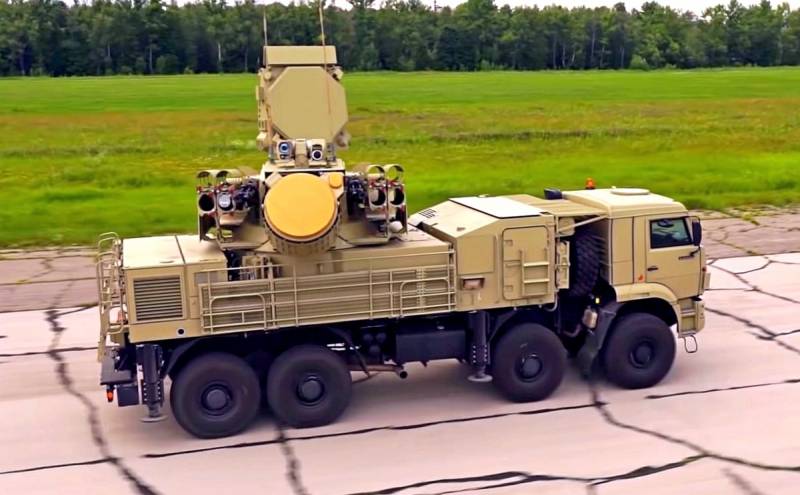 A real war has been declared on the Russian SAM "Pantsir-S1". True, the "hunt" for the anti-aircraft complex is carried out not so much by the Turkish Air Force as by Ukrainian "military experts". What gives reason to say so?


The fact that "Pantsir-S1" showed itself in different ways in Syria and Libya, we have already detailed told earlier. The main threat to them was Turkish attack UAVs. Here is what the Ukrainian edition of Defense Express writes about this, allegedly specializing in military topics:

Turkish Bayraktar TB2 shock drones staged a “true genocide” by the Russian-made advertised Pantsir ZRPK.
Our “colleagues” from Nezalezhnaya write either about 23 or 40 “genocidal” Russian air defense missile systems. This despite the fact that Ankara recognizes 2 destroyed "Shell" in Syria and 7 in Libya. We will also mention the role of Defense Express separately. As for specific claims to the ZRPK, there are, in fact, only two of them.

The first is that the anti-aircraft complex has a "dead zone" for its radar. The objective reality is that all air defense systems have such a "funnel". For "Pantsir-C1" it is 60 °, for its modernized version "Pantsir-C2" the indicator has decreased to 40 °. For comparison, the widely advertised and much more powerful MIM-104 "Patriot" air defense system has a "dead zone" of 34 °. And these are anti-aircraft complexes of different classes.

The second and main thing is that Russian-made air defense missile systems are simply ineptly used by local Arab fighters in Syria and Libya. One was destroyed in transit, the other in the hangar, the rest in the absence of adequate cover. Yes, one anti-aircraft system should be backed up by another for maximum efficiency.

These are quite obvious things, but everything is turned upside down, and the Ukrainian "colleagues" are most active in this. On the Defense Express portal and on social networks, "anonymous" constantly make provocative stuffing against the Russian air defense missile system. These "hype" topics are immediately picked up by the domestic media and bloggers, pulled apart into quotes. Later, with a significant delay, they were forced to expose the professional military.

For example, "Ukrainian experts" claim that the Turkish electronic warfare system KORAL makes "Pantsir-C1" helpless, "forgetting" to mention that it has an optoelectronic complex specifically designed to counter such attacks. Another "sensation of the century" is the alleged destruction of two "Shells" in Ethiopia by lightning, where they were delivered to protect the dam of the hydroelectric station under construction. As "evidence" are pictures of the damaged during the fighting ZRPK from Libya.

It remains only to figure out why this is being done. “To spoil the Russians” is understandable. But this information war also has another goal. Competition in the arms market is great, it is already clear that one of the priority areas for the development of aviation will be the use of UAVs. On the guard of the Khmeimim airbase "Pantsir-C1" showed itself very well against drone attacks, and what could be better than visual advertising for potential customers? At the same time, the American MIM-104 "Patriot" air defense systems frankly "missed" the Houthi attack on the Saudi allies. We add that in terms of the cost of destroying an air target, the Russian air defense missile system is one of the most effective in the world.

It is not surprising that the “colleagues” from Nezalezhnaya are trying to create a negative information background in the Runet against Russian anti-aircraft systems. They work out.
Reporterin Yandex News
Reporterin Yandex Zen
21 comment
Information
Dear reader, to leave comments on the publication, you must sign in.