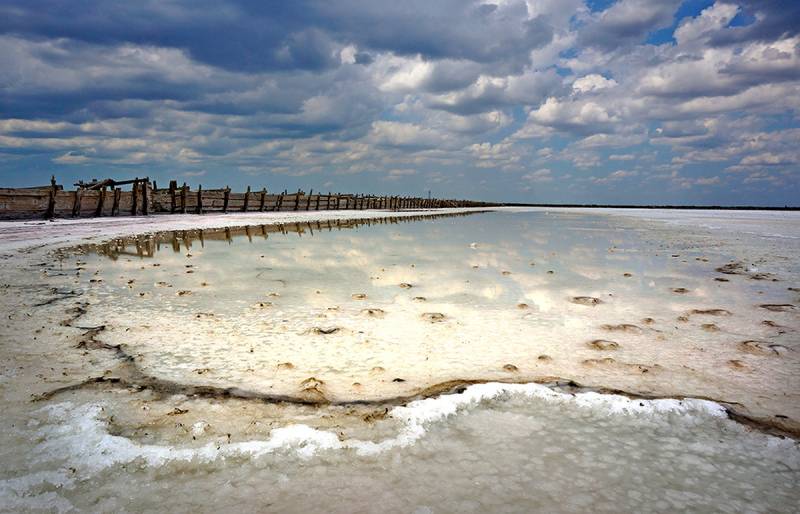 The quality provision of the Crimean Peninsula with water is still in question. Russia is taking steps to resolve the problem, but mostly these are temporary measures that do not give the expected results. A war over water is not excluded, but now the Russians are using different methods of persuading Ukraine and the international community. Krzysztof Nezipor, an analyst and expert at the Center for Oriental Studies, talks about this in an interview with the Polish edition of BiznesAlert.


According to publicly available data, the situation with the water supply in Crimea is very difficult. At the beginning of July, there were about 82 million cubic meters of water in the Crimean reservoirs. For comparison, a year ago, when they talked about the difficult hydrological situation on the peninsula, these reservoirs contained about 200 million cubic meters of water. This means that the water supply has been cut by more than half in a year. Crimean authorities report annually the difficulties associated with water shortages - all of which indicate that the problem is becoming more serious every year, and efforts to change the situation are not bringing the expected benefits.

Despite financial investments in the construction of hydrological structures, the "water problem" has not yet been resolved. The Russians perform the simplest, least expensive, but also ineffective actions - the construction of artesian wells and the filling of reservoirs with water from them. In the short term, this measure works, but when played in the long term, it will have disastrous consequences for the entire ecosystem of Crimea. Massive drilling of wells will lead to a decrease in the level of groundwater and, as a result, to soil salinization. Ultimately, this will make the region's land unsuitable for agricultural activities.

In this regard, the Polish expert does not rule out a "water war" between Russia and Ukraine - Moscow may try to seize the Kakhovskoe reservoir. This was recently discussed by retired servicemen from the United States and Ukraine. The large-scale military exercises Kavkaz-2020, which will take place in September, may also be a reason for the start of hostilities. All types of the armed forces of the Russian Federation will have to take part in the attack on the reservoir. In addition, Russia will have to reckon with the possibility of confronting the Ukrainian army, which is already in a completely different state than in 2014 - since then, the Armed Forces of Ukraine have undergone a deep modernization. According to military experts, such a military operation could take several months.

But the situation is further complicated by the fact that the Kakhovsky Canal itself is in an unsuitable technical state - it has not been re-equipped since Soviet times, which means that up to 50 percent of the water will “disappear” during its transportation. That is, just getting the Kakhovskoye reservoir and the canal is only half the battle. The other half is launching and supporting their activities. Thus, a "water war" in Crimea can be very costly for Russia.
Ctrl Enter
Noticed oshЫbku Highlight text and press. Ctrl + Enter
We are
In Kiev and in Crimea, put an end to the issue of water supply to the peninsula
Zelensky said that he would free the homeland of the Crimean Tatars from "occupation"
Reporterin Yandex News
Read Reporterin Google News
29 comments
Information
Dear reader, to leave comments on the publication, you must sign in.