Denmark has skillfully played a game of blocking Nord Stream 2 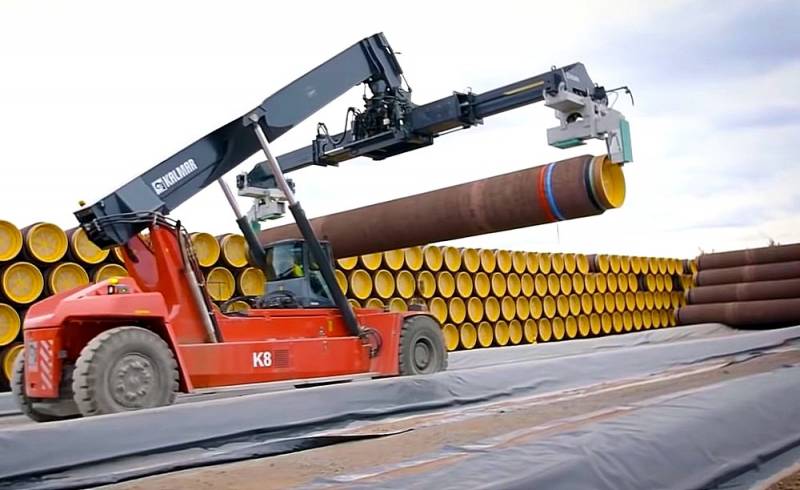 As soon as Gazprom received permission from Denmark to use the Fortuna pipe-laying barge in the completion of Nord Stream 2, which would have gone faster, the project was paused again. This time, the construction was hampered by spawning of cod, and the top managers of the Russian gas company are now "spawning" themselves, since they were again "taken by the gills".


Despite the assertions of some domestic experts that there is no need to hurry with the completion of the pipeline, everything again rests on time. Yes, the demand for gas in Europe fell, and with it the price tags per thousand cubic meters. But if the project is clouded again, it may not take place at all.

As you know, the United States is a categorical opponent of the Russian-German gas pipeline, since it is interested in promoting its LNG to the European market. The Americans have already managed to put a spoke in the wheels of Nord Stream 2. Initially, Gazprom intended to pump 55 billion cubic meters of "blue fuel" per year through the pipeline. But under pressure from Washington, European bureaucrats extended the Third Energy Package to the offshore gas pipeline, as a result of which one of its pipes was automatically empty.

The United States did not stop there. Late last year, President Trump signed sanctions against European construction contractors who immediately quit their jobs. The project hung for an indefinitely long time, and it was it that was a critical factor. Berlin, no less than Moscow interested in the launch of the gas pipeline, lobbied for exemptions for Nord Stream 2 from the Third Energy Package. But having neither its own pipe-laying vessels in the Baltic Sea, nor relevant experience, Gazprom simply physically could not keep up with the completion of the pipeline by the specified date.

Last May, the German Federal Grid Agency rejected a request from Nord Stream 2 AG. With considering political situation in Germany, getting another exception is now problematic. By and large, now we are talking about keeping at least one of the two pipes. But with this it would be worth hurrying.

Gazprom transferred two specialized pipe-laying vessels and supply vessels to the German port of Mukran at once. FROM technical From the point of view, they are able to complete the construction of the underwater pipeline. However, in the economy politics intervenes again. US lawmakers have prepared in the Pentagon's military budget another package of sanctions against companies that provide insurance services and are engaged in technological maintenance and retrofitting. All this is necessary for the completion of the gas pipeline and its subsequent normal operation. Moreover, there is a risk that restrictive measures by the United States may affect not only German business, but also local authorities.

The latter will be a real scandal in relations between the American and European allies. It is very interesting how Denmark is behaving, which has become an instrument of Washington's policy against Nord Stream 2 and ended up in the millstones between the US, the EU and the Russian Federation. Copenhagen demonstrates loyal feelings to the White House by putting obstacles in the way of Gazprom, but at the same time it cannot afford to beat all the plates with Berlin, since Germany is Denmark's largest trading partner.

What did they come up with this time in the Kingdom of Danish?

If you manage to complete the construction of the pipeline before the introduction of sanctions, then the meaning of most of them will disappear, and on the rest it will be possible to agree between Germany and the United States. The new fiscal year in the United States begins on October 1, 2020. But the Danes cannot afford to finish the construction of Nord Stream-2 in time, because then they will have a hat from Uncle Sam. And here the cod arrived just in time and started spawning in the Baltic.

While the valuable fish is spawning, Copenhagen has ordered a two-month ban on pipe-laying. It is curious that it ends exactly on October 1, 2020. Coincidence? Anything can be. But one gets the impression that this is an ingenious game played by the Danes, skillfully taking advantage of a natural phenomenon in order to shield themselves "one place" from the Germans and "appease" the Americans at the same time. And then let the "bar" sort it out among themselves.
Reporterin Yandex News
Reporterin Yandex Zen
8 comments
Information
Dear reader, to leave comments on the publication, you must sign in.