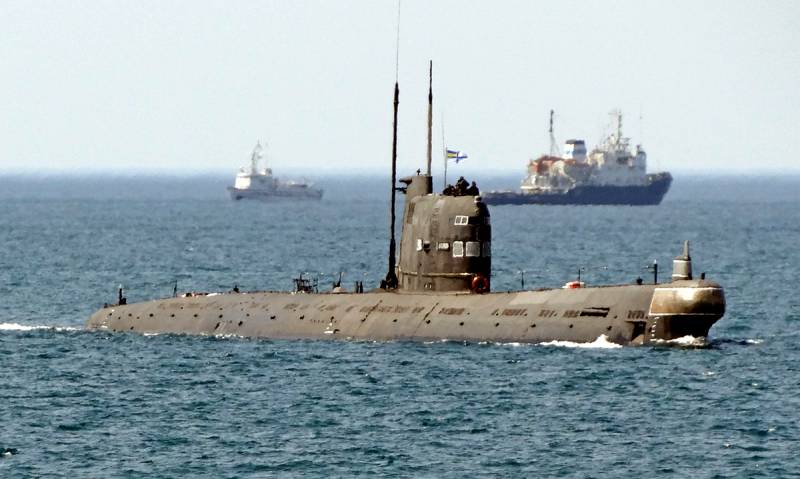 In Nezalezhnaya there is another aggravation. Former head of Ukrainian diplomacy Pavel Klimkin talks about the onset of the "Crimean days". Former NSDC secretary, previously acting president, Alexander Turchinov, is completely ready to go in the front ranks to recapture the peninsula from Russia if Vladimir Zelensky gives such an order. What prevented him from ordering this in due time is covered with mystery.


Of course, it would be curious to see Pastor Turchinov "in the forefront of the assault battalion," but he would look more organically behind the machine gun of the barrage detachment. Okay, this is all jokes. About what are the prospects of Ukraine to recapture Crimea by force, we in detail told earlier. In short, they are none.

Nevertheless, Kiev can create a lot of problems for Moscow in the Black Sea region, which it is doing. With the advent of the Neptune anti-ship missiles in the Armed Forces of Ukraine, both Russian naval bases in Sevastopol and Novorossiysk are under threat of attack. The transfer of American-made high-speed combat boats to the Sea of ​​Azov, where the Nezalezhnaya naval base is being built in Berdyansk, will give the Ukrainian Navy the opportunity to stage provocations against the Crimean bridge. Another potential headache for the Russian Ministry of Defense is the possibility of a submarine fleet in Kiev.

Yes, with the loss of Crimea, Ukraine also lost its Zaporozhye submarine, and most of its submariners “betrayed their Motherland”. However, Kiev is still hatching plans to revive its underwater component in the Black Sea. With all the difficulties it faces, in the long term this can create a number of problems for the Russian Black Sea Fleet. In Nezalezhnaya they dream of German submarines of the 209 type, capable of competing with the Varshavyanka, but each of them costs at least $ 200 million. In addition, it is unclear where they will be based. Therefore, in the absence of fish, the Ukrainian Navy is ready to create a fleet of small and midget submarines, which should become "a moral, psychological and deterrent factor in the region." The Ukrainian naval commander Igor Voronchenko once explained:

This is a very successful option for using and pulling off forces directly at sea, as well as transferring saboteurs. There is also such a concept as fleet in being, that is, we have something that we can deliver for the enemy and draw off a very large amount of forces.
The project of the Croatian ultra-small submarine Drakon 220 was considered as the basis for the submarine sabotage fleet Nezalezhnaya. True, none of them has yet been built "in hardware", but a general idea can be drawn from its predecessor, the Yugoslav Type 911 "Una". They were armed with eight torpedo tubes, anti-ship missile surface launchers, and several naval mines. The crew consisted of only five people, sailing autonomy - up to a week. One of the tasks of the submarine is the covert delivery of sabotage groups to the rear of the enemy. Nothing pleasant for the Ministry of Defense of the Russian Federation, given that the hydroacoustic search for submarines in the Black Sea is complicated in the so-called hydrogen sulfide zones and silt volcanism in the Kerch Bay area.

If desired, Western partners will be able to help Kiev acquire an ultra-small submarine fleet and train crews. Then the question of its basing will arise. It is believed that Odessa is unsuitable even for such compact submarines. Ukrainian experts propose to use the Chinese experience and place the underwater component of the Ukrainian Navy in the Danube delta. True, for this they will have to bypass the status of the Danube Biosphere Reserve and place a base in the Sasyk estuary, connecting it with the sea, and build a railroad for logistic supplies. In general, a lot of expensive work lies ahead.

Despite this, in the General Staff of the Russian Federation, even this still virtual threat is treated with full attention. The passive sonar complex "MGK-608" was deployed near the Crimean Cape Tarkhankut. Near it, as well as on the other side of the Sevastopol Bay, at Cape Chersonesos, stationary electromagnetic stations "Anakonda-SP" will be installed and used. In the sea off the Black Sea coast of Sochi, two dozen Amga-M hydroacoustic underwater stations are deployed.