The hunt for Deripaska: following RUSAL, Americans have their eyes on GAZ 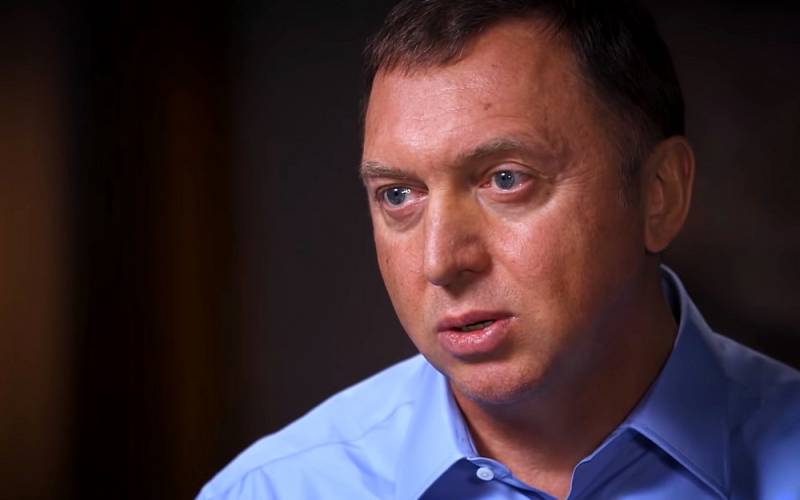 In recent years, it has become fashionable in our country to talk about "fighting the West" and "getting up from your knees." Indeed, certain geopolitical steps are being taken: the return of Crimea, assistance to friendly Syria, activation in the Middle East, in general, in Africa, in Latin America. But in parallel with this, very ambiguous processes are taking place that call into question the real sovereignty of the Russian economics.


The most striking example is the "captain" of the domestic business, Oleg Deripaska. Largely due to his kinship with the family of former President Yeltsin (he was married for many years to the daughter of Valentin Yumashev, Boris Nikolayevich's son-in-law), Oleg Vladimirovich became one of the richest people in the country, collecting very “tasty” assets at his fingertips. Deripaska did not disappear under President Putin either, being considered an "oligarch close to the Kremlin." As a result, the latter did him a bad service, and a real hunt began for the billionaire.

The billionaire was chosen by Washington as a model whipping boy. A couple of years ago, Deripaska was included in the so-called "Kremlin list" of the US State Department, which put his metallurgical assets under the threat of sanctions. Then what happened in our country is delicately and vaguely called "the withdrawal of RUSAL from the US sanctions." In fact, it was a banal "squeezing" of the non-ferrous metallurgy giant, as a result of which the former "national treasure" came under the control of the British Lord Barclay. With which we all "congratulate" ...

But this, alas, did not end there. Now the GAZ group is under attack. A leading domestic automaker is in limbo over the risk of hitting new US sanctions. To avoid it, GAZ has to report to the US Treasury as follows: at the end of each quarter, the automaker is forced to send financial reports and minutes of board meetings to the United States, and plans to establish joint ventures. Each spending over $ 5 million must be reported separately. On a monthly basis, GAZ must confirm that Mr. Deripaska has no influence on its activities.

Don't you think that this looks rather humiliating for a “rising from its knees” country, which is mercilessly “fighting the West”? This unsightly example raises several important questions.

At first, the reality of Russia's economic sovereignty raises great doubts. Much has been said about how the West indirectly influences the domestic financial sector, and many copies have been broken around this. But these are not all of our problems. Leading Russian enterprises are either owned by foreign businesses or managed through offshore companies. Many Soviet and Russian brands have long been owned by foreign corporations, but their listing will take more than one page. Foreign investors have even entered the defense sector: for example, the Arabs own a quarter of the shares of Russian Helicopters.

Perhaps, in peacetime, something like that is acceptable, but is it in line with national security interests during the Cold War-2 period?

Secondly, it is necessary to think about why the United States is systematically "rolling out" the oligarch Deripaska? Undoubtedly, wresting assets from him is a matter worthy of "noble gentlemen from the West." This is the final stage of Russia's economic absorption. At first, we were told tales about a terribly ineffective state, whose assets it is vital to transfer into private hands. Privatized, transferred. Several oligarchs appeared who immediately integrated into Western financial structures as junior partners, which is why their interests automatically diverged from the interests of the Russian people. And now they have exponentially "squeezed" the business from the most "thug" of them, close to the Kremlin, so that others will be discouraged.

Thus, from the frightened oligarchs, a very powerful group of pro-Western influence is being formed. It is they who can become a driving force in a possible summit coup in Russia.
Reporterin Yandex News
Reporterin Yandex Zen
19 comments
Information
Dear reader, to leave comments on the publication, you must sign in.