Why, instead of Azerbaijan, Armenia began to fight with the Russian language 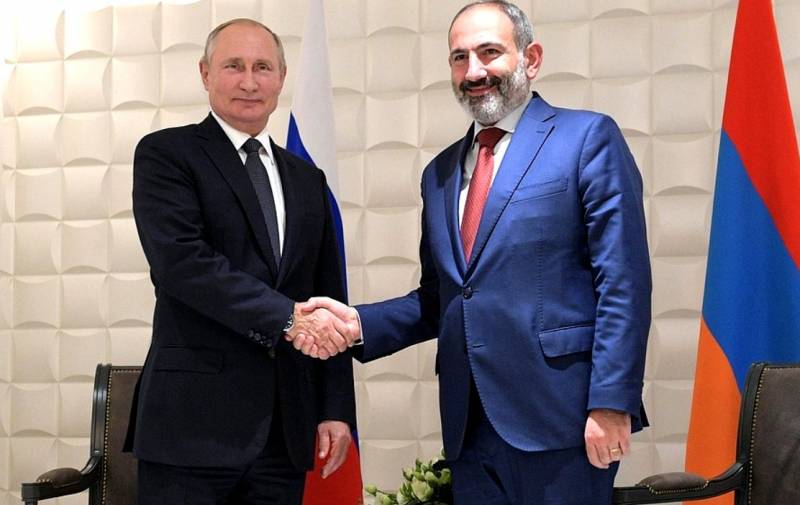 The conflict between Armenia and Azerbaijan received an unexpected continuation. Yerevan dealt a crushing blow ... to the Russian language. The aim of the draft law "On Audiovisual Media" is to get rid of "foreign influence". By all appearances, “influence” refers to the work of the TV channels Russia, Channel One, Mir and Kultura. As a result, programs in Russian will completely disappear from the free broadcasting network.


In Armenia itself, this decision was commented as follows:

Foreign TV channels can broadcast either on the basis of interstate treaties, or if they are of public benefit, broadcast universal content and do not have political or the propaganda components of the agenda of the country from which they broadcast.
This attack on the side of the “great and mighty” looks very strange. Armenia is a member of the Eurasian Union and the CSTO; there is a Russian military base on its territory. By and large, it is our country that is the guarantor of security for Yerevan in its long-standing and bitter conflict with Baku. Now Turkey is ready to take the side of Azerbaijan, which has the second strongest army in NATO. The question remains, how timely and adequate are the actions of the Armenian Parliament? Is Yerevan really ready to meet the Azerbaijani and Turkish hordes alone, and does it absolutely not need peacekeeping assistance from Moscow?

The Russophobic actions of the Armenian authorities look harmful and dangerous primarily for Armenia itself. From the outside, it may seem strange, but, looking closely, you can really see a malicious external influence in them. But not from the Kremlin, but from the West.

If desired, the roots of this destructive policy can be seen in the results of the activities of the Open Society Armenia Foundation, otherwise known as the Soros Foundation. This NGO began operating in the Transcaucasian Republic in 1997. The ex-head of the National Security Service Artur Vanetsyan, who was removed from office by the new Prime Minister Nikol Pashinyan, recently announced that the Fund poses a danger to Armenia. What have the "Sorosets" been doing all these years?

At first, this Fund, as well as a number of other organizations funded from abroad, actively promoted liberal ideas, insisting on reducing the role of the state in the economy... Note that this creates the preconditions for privatization processes and the emergence, as a result, of a local oligarchy closely associated with large Western capital.

Secondly, there is a so-called "flashing" of values ​​among young people through educational programs. Under the influence of Soros's structure, military-patriotic circles were closed, and the question of removing the subject “History of the Armenian Church” from the school curriculum was raised.

ThirdlyAs a result of such “training”, a “new elite” of the country was formed, which got into the state authorities, capable of leaking the necessary information to the curators and promoting the agenda they need.

It is no secret that in modern Ukraine the tone is set precisely by the former "Soros", who defend the interests of anyone except their own country. It is very likely that now they have raised their heads in Armenia. The "expulsion" of the Russian language from television, if it hurts anyone, is first of all Yerevan itself.
Reporterin Yandex News
Reporterin Yandex Zen
64 comments
Information
Dear reader, to leave comments on the publication, you must sign in.