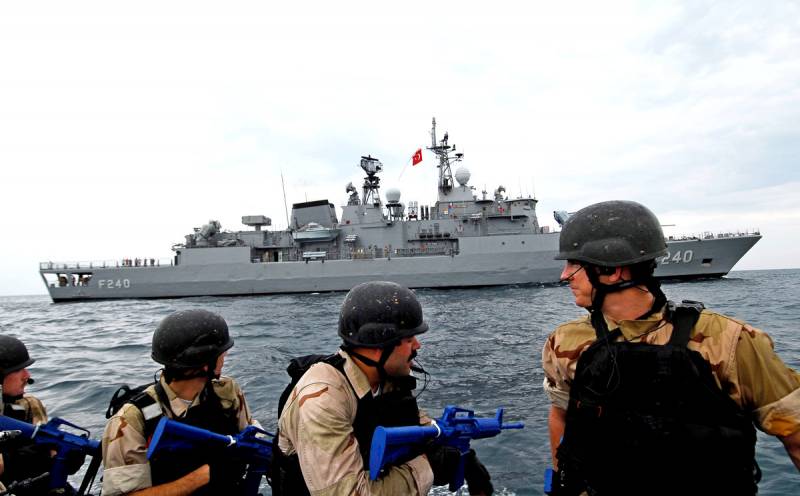 Aggressive expansionist policy Turkey is becoming a big problem for the entire Eastern Mediterranean region. First, Ankara actually annexed part of the northern provinces of Syria, then Turkish troops entered Libya. Now "Sultan" Recep is looking closely at the territory of Greece, which could lead to a real military conflict within the NATO bloc.


The small island of Kastelorizo ​​(Meisti), which is located just 2 kilometers from the Turkish coast, has become the “bone of contention”. For comparison, the nearest Greek island of Rhodes is 110 kilometers, and the mainland is 580 kilometers. Prior to the First World War, Kastelorizo ​​belonged to the Ottoman Empire, then went to Italy. The island passed under the sovereignty of Athens in 1947. In addition to "historical rights", the interest of modern Turkey in this piece of land measuring about ten square kilometers is determined by natural resources, which its owner has the right to claim.

To understand the overall picture, it must be borne in mind that Ankara has made a big bet on turning its country into a major regional energy hub. On the one hand, the TANAP - TAP and Turkish Stream gas pipelines have been built. On the other hand, the Turks themselves are actively conducting geological exploration of their offshore shelves in search of hydrocarbon deposits suitable for commercial development. Fatih Dönmez, Minister of Energy and Natural Resources of Turkey, said:

With the prayers and support of our people, the Fatih vessel started the first drilling in the Black Sea. For Turkey's energy security, we will explore every square meter in our seas. And if there is something, then we will definitely find it.
In addition to the Black Sea, Ankara is conducting surveys in the Eastern Mediterranean, and this presents a big problem for its neighbors, since all sides interpret the limits of their maritime borders differently. The Greeks believe that ownership of the inhabited island of Kastelorizo ​​gives them the right to claim an exclusive economic an area of ​​40 thousand square kilometers. The Turks think otherwise, since the area of ​​the island is incomparably small to the claims of Athens.

Territorial disputes are themselves the cause of armed conflicts between states. But things are compounded by the fact that the Eastern Mediterranean region has reserves of natural gas, estimated at 3,45 trillion cubic meters, and 3,8 billion barrels of oil. Big jackpot. Thanks to the invasion of Libya, "Sultan" Recep was able to redraw the map of the sea shelf in his favor. This alone is already a prerequisite for a big war in northern Africa. Now Ankara can face a long-standing adversary in the person of Athens.

Despite protests from the Greeks, the research vessel Oruc Reis approached the shores of Kastelorizo ​​to conduct "seismic studies." Athens sent its navy there, after which 18 Turkish frigates and combat aircraft appeared near the island. It clearly smelled of a violent collision. German media reported that Chancellor Merkel had to personally call President Erdogan and Prime Minister Kyriakos Mitsotakis. The conflict was stopped, as they say, in manual mode. The research vessel has left the disputed region. But for how long?

Turkey's aggressive expansion and a rather sluggish response from the West increasingly resemble the "appeasement" policy of one notorious "revanchist". It didn't end well last time. It remains to be hoped that some conclusions have been drawn from history, and Turkey's relations with its neighbors and former colonies will develop in a more constructive manner.
Reporterin Yandex News
Reporterin Yandex Zen
16 comments
Information
Dear reader, to leave comments on the publication, you must sign in.