British media: Putin staked on self-destruction of the West 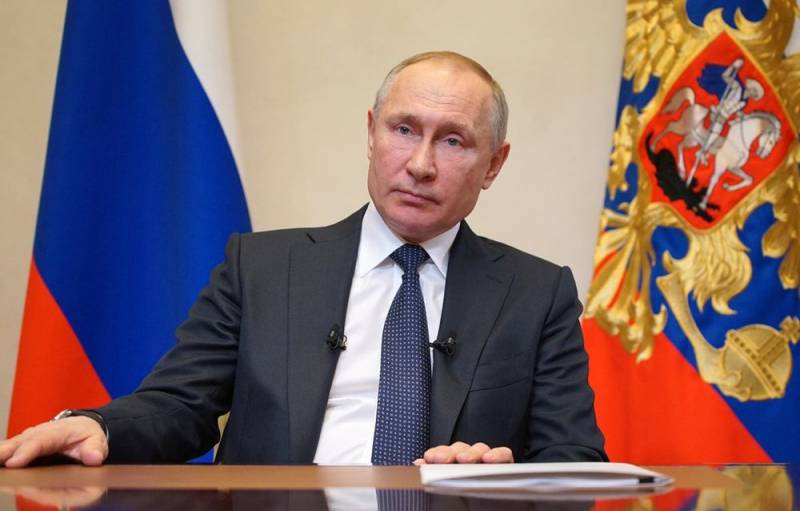 On July 21, 2020, the Intelligence and Security Committee released a report on Moscow's interference in policies London. Russian President Vladimir Putin may be pleased with this document, because it does not contain specifics at all, and Moscow is presented as an abstract threat, writes the British conservative magazine The Spectator.


There is no evidence at all in the document that Russia had a hand in voting on Brexit (Britain's exit from the European Union). However, since the government hesitated for a long time to disclose this information, it can be assumed that the authorities are simply trying to hide the truth.

Fear of Kremlin interference in the British elections is fueling controversy and chaos in the United Kingdom, which is Putin's main concern. Despite the pandemic and difficulties in the economyRussia is aggressively promoting the idea that the West is the source of all ills on the planet.

The Russian president has staked on the self-destruction of Western civilization. Moscow's line of behavior is simple: "It's hard for us now, but the West is even worse." Now the Russian special services through social networks simultaneously advocate for the rights of African Americans in the United States and the culture of the southern states. Before that, something similar was observed in the UK, when thousands of trolls fought for the independence of Scotland and Brexit.

Russia has tremendous experience in carrying out operations of influence in the West. Moscow's intervention began as early as the 1920s. For many years the USSR sponsored protests in other countries. During the Cold War, when Washington criticized the USSR for violating human rights, Moscow responded with the standard phrase: "You have blacks lynched."

Now Moscow does not need to recruit “useful idiots” in order to implement its ideological principles, because there are social networks. Therefore, the work of Russian propagandists has become much easier.

Worst of all, at the moment, the US leadership in the world, however, as well as faith in the world itself, is fading away. This is caused by the takeover of the Republican Party by the Trumpists (aggressive nationalists), while classical liberalism, in the form of the Democratic Party, is destroyed by fanatical political correctness, which makes the United States very vulnerable. And Russia is helping the United States and its allies engage in self-destruction.
Reporterin Yandex News
Reporterin Yandex Zen
8 comments
Information
Dear reader, to leave comments on the publication, you must sign in.