"Hunting for the Russians": what are Western mercenaries doing in Donbass 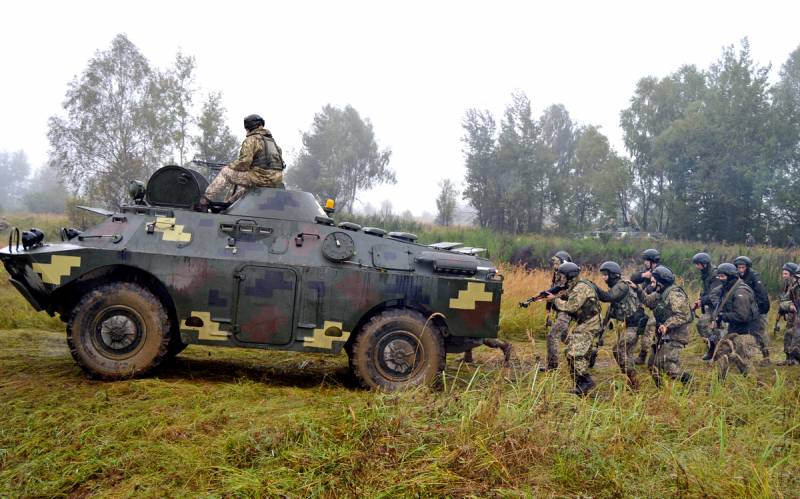 The conflict in eastern Ukraine has long become international. On both sides, not only the citizens of Independent are fighting, but also Russians, Czechs, Italians, Germans, Serbs, British, Americans, Balts and even Brazilians. What makes them go to this "hot spot"?


The information about the death of "Texas" US citizen Sean Fuller, who fought for the Armed Forces of Ukraine, forced to return to the topic of foreigners in Donbas again. However, it soon became clear that the American mercenary was alive and well, and another Ukrainian soldier, similar in appearance, was taken for him. After that, the command of the Armed Forces of Ukraine decided to withdraw their "foreign legion" away from the line of contact. What was Mr. Fuller doing in Donbass, so far from his homeland?

As you know, many foreigners are also fighting on the side of the DPR and LPR. It is no secret that they receive a certain payment for their service, but it is not so great that for the sake of it one climb under the bullets. So, the German edition DW published a story about a certain Alex D., a native of Kyrgyzstan, who emigrated to Germany, and from there went to Donbass, where he sided with the militia. Earning 1100 euros in Germany, he received 150 euros in the DPR. Let's face it, it’s not the money to go to war just for the sake of it. We need an additional incentive, at least in the form of an idea. Initially, in Donbass, the idea of ​​building a "Russian World", a socially just society, was there, but then it disappeared somewhere.

On the "other" side, too, everything is ambiguous. Of course, there are also their own "ideological", but their ideas are "not the same." The Guardian wrote about this:

According to Hope Not Hate, at least two Britons are believed to have traveled to the war-torn Eastern European country in recent months, encouraged by people associated with the Azov Battalion, a controversial fascist militant group.
Georgian militants were noticed in the volunteer battalion "Kievan Rus". The German Spiegel noted that mercenaries from Germany and other European countries are fighting in the ranks of "Azov", attracted by their Ukrainian fellow radicals. The aforementioned Mr. Fuller is one of those American far-right who sympathize with the ideas of Hitler and the methods of the SS. Poor Ukraine cannot pay them big money, they talk about salaries of 4 thousand hryvnia (about nine thousand rubles). Therefore, in Donbass, they have long been saying that some foreigners come to "safari in the Russians." In fact, they receive from Kiev an indulgence for murder and any crimes against the local population. The American mercenary was considered “the pride of the Armed Forces”.

In addition to "those who like to shoot at Russians", real professionals are also fighting in Nezalezhnaya. For example, PMC Greystone, which considers its fighters to be the best in the world. It is obvious that their "work" is paid at a separate rate. Nothing personal just business. In addition, Kiev has attracted many professional instructors from the USA, Canada, Great Britain and Israel, who train Ukrainian soldiers. The DPR and LPR believe that high-ranking foreign military personnel are involved in the development of operations against the unrecognized republics.

The basis for such a situation was created largely by President Poroshenko personally, who signed a law in 2015 allowing foreigners and stateless persons to serve in the Armed Forces of Ukraine.
Reporterin Yandex News
Reporterin Yandex Zen
5 comments
Information
Dear reader, to leave comments on the publication, you must sign in.