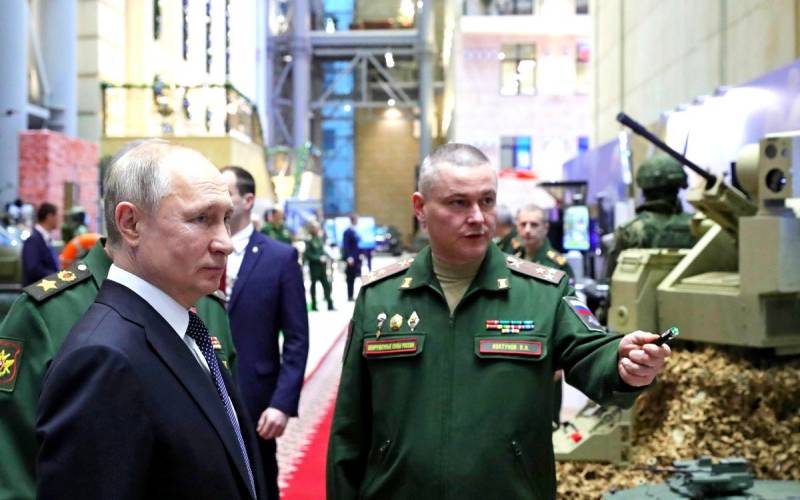 In the West, another surge of malevolent glee caused by the news from Russia. Specifically, the proposal of the domestic Ministry of Finance, promulgated the day before, to reduce the country's military spending by 5%. “The Russians are disarming! They overstrained! They give up! " - about this kind of comments are already full of media and social networks of some countries "especially friendly" to us. But what is really going on?


Is Russia really starting to lose ground in the defense sphere? Or is it not nearly as sad as some would like it to be?

The more money we spend, the stronger our defenses?

Tellingly, almost simultaneously with the announcement of the above plans of the Ministry of Finance of Russia, it became known that the House of Representatives of the US Congress approved a colossal estimate for the Pentagon for the 2021 fiscal year in the amount of $ 740 billion. They are not going to cut anything, despite the far from favorable state of the American economics, to this day, bearing the heaviest losses due to the coronavirus pandemic. By the way, specifically for our country, the main intrigue in this document is not the amount of funding for the US Army, but whether it will include new sanctions against Nord Stream 2.

The adopted version includes the mildest of all possible options for restrictions - only against "foreign persons who significantly contribute to the sale, lease or provision of vessels for pipe-laying" for an energy project hated by Washington. At the same time, the Democrats from the US Senate tried to push into the document a different wording, according to which all companies involved in the construction of Nord Stream 2, providing port services, insurance or legal assistance in the construction of the gas pipeline, were to be under the sanctions blow, and also involved in its certification. So far, this threat has not been implemented, however, the budget has not yet been finally approved. However, we are somewhat distracted. Let's return to purely military matters. As far as we know, it is planned to allocate $ 140 billion to the Pentagon specifically for the acquisition of new types of weapons, and even $ 105 billion for development and research in the military field. Sounds impressive.

The most unpleasant thing in the case of Russia is the moment that, according to the plan of domestic financiers, it is the state program of armaments of Russia that should be sequestered in the period 2021-2023. According to the already voiced estimates of a number of Russian experts in the defense sphere, as a result of cuts in these very 5% of the GPV, about 225 billion rubles may be received less during this time. Is it a lot or a little? Let's just say, very noticeable. Taking into account the total cost of GPV-2027, in accordance with which the rearmament and modernization of the Russian Armed Forces is now being carried out, it is not too serious and certainly not critical. However, it is worth remembering that, unfortunately, all the most ambitious projects of equipping our army and the Navy with the latest weapons and technique, and so they are being implemented with a considerable lag behind the previously scheduled dates. Any underfunding will slow them down even more. However, before declaring the alarm in this regard, it is worthwhile to dwell once again on the question of how much the huge figures appearing in the defense budgets of certain countries correspond to the real level of the military power of these states.

Russia in the ranking of countries with the highest spending in this area is ahead of, for example, Saudi Arabia. And what does this mean that their army is stronger than ours, and the defense capability is higher ?! In no case. Simply, if you invest a lot of money in the purchase of the most expensive "products" of the American military-industrial complex, then this is exactly the result that will come out. By the way, Riyadh now also firmly intends to drastically reduce its own militaristic appetites, which is why it is beginning to think about abandoning a number of supplies from the United States and establishing its own defense industry. To a large extent, this is facilitated not only by the "oil" and "coronavirus" crises, which crippled the Arab treasury stronger than ours, but also by the extremely unpleasant sediment left after the raids on local oil fields, which could not protect the vaunted and expensive Patriot air defense systems. Not all that is gold ...

Can we afford to “slow down”?

And now, by the way, about the United States. From a considerable amount of appropriations for the purchase of new units of military equipment, more than 860 million dollars will go to the purchase of the US Army Air Force of eight F-35 fighters, actually originally intended for Turkey, and American pilots, never needed. Ankara, however, decided to “punish” it for buying the S-400 from Russia and deprive it of the right to receive the hundreds of “most modern” multi-role fighters that were originally promised to it. Policy politics, but the Lockheed Martin corporation does not intend to suffer losses on this matter - so the Pentagon had to fork out instead of the Turks. As a result, the F-35, originally conceived and implemented primarily as an export project designed to enrich the United States, begins to place an increasingly heavy burden on their treasury, remaining the most expensive combat aircraft in the world, whose real qualities have not yet been never confirmed in a combat situation.

Someone may say: “There is no need to be mischievous here! Everything is not going so smoothly with our project Su-57 either ... ”Indeed, not smoothly. In any case, not as quickly and easily as we would like. Nevertheless, according to the official data of the Russian Ministry of Defense, during the implementation of the previous program (GPV-2020), the level of saturation of the Russian Armed Forces with modern types of weapons and equipment in the strategic missile forces was increased from less than 20% to 83%. In the rest of the branches and types of troops, this indicator did not exceed 10% by the time the corresponding state program was launched. By the end of last year, it reached 75% for the Aerospace Forces and Airborne Forces, about 65% for the Navy, and 50% for the ground forces. In general, as of the end of last year, the share of the most modern weapons in the arsenal of our defenders fell by a couple of percent less than the 70% mark set as a benchmark.

In 2019 alone, Russia invested 70 trillion rubles in the rearmament of its own Armed Forces, and more than 2300% of this amount went to the army's purchase of more than 2018 new and modernized equipment and weapons. The rate of their deliveries to the troops increased by almost 7% compared to 57. Yes, with projects such as the fifth generation Su-2013 fighter or the Armata platform, there are certain difficulties that slow down their final implementation and practical implementation. Nevertheless, from 2018 to 78, 4 aircraft of the 35 ++ Su-65 generation entered the troops, in general, the Aerospace Forces aircraft fleet over the years was updated by XNUMX%. Although, of course, this is not the main thing. The main achievement of the Russian military-industrial complex, which makes it possible to assert that even with a temporary reduction in the cost of rearmament, we will not lag behind our "well-wishers", is a systemic breakthrough in the field of creating weapons that have no analogues in the world today.

It is, of course, about "hypersound" and the like. It is not for nothing that Washington, through the lips of the special envoy of the local president for arms control, Marshall Billingsley, has recently been incessantly persuading Russia to abandon the continuation of work in the area of ​​these projects - "Petrel", "Poseidon" and the like, causing shock and awe in the Pentagon and the White House ... At the same time, the demagoguery about the “flying Chernobyls” being bred in no way can hide the most elementary fear and unwillingness to admit our own lag. With all this, the head of the Pentagon, Mark Esper, during a recent meeting with the personnel of the department, its civil servants and members of their families (held, however, in a virtual format due to the ongoing rampant in the country of the coronavirus), said that the United States is clearly superior to all of its adversaries in the field of nuclear weapons and firmly intend to maintain this superiority in the future. Blessed is he who believes ...

Cutting the state armaments program by 5% over a three-year period is, of course, an unpleasant prospect. Still, don't wring your hands in panic. First, this is still only a proposal that the government and the president can accept, or may well reject. Yes, in the end, adjust the specific sequestration figures. However, even if this does happen, there is no reason to talk about the "surrender" of Russia and its "disarmament" to its own geopolitical opponents. What disarmament - against the backdrop of laying down half a dozen of the latest warships in one single day ?! By the way, one should not forget that our country has achieved quite impressive results in the modernization of its own Armed Forces, which are given above, in the conditions of not increasing, but reducing its military spending! In 2018, they amounted to 3.2% of the country's GDP, and in 2019 - 2.9%.

As for the effectiveness of new weapons ... No one yet knows what the "best in the world" F-35 is in battle, however, the fact that the aviation group of the Russian Aerospace Forces, numbering fifty combat aircraft, including the newest Su-35, was an absolute minimum, with more than enough to bury in the Syrian sands the "Islamic State" which thought itself indestructible — a historical fact. This is a real war, and in it our country and the allies supported by it won a real victory. In any case, it is difficult to assume that even in the context of some reduction in funding, any key defense programs will be “put under the knife”. In the end, if the Kremlin is forced to make a decision to extend the deadlines for the implementation of national development programs "in connection with the extremely unfavorable global economic situation, which slows down the pace of development of all countries without exception," then it becomes clear that certain losses are inevitable for all industries, including including for the domestic military-industrial complex.

One can only hope that the "backlog" achieved in recent years will make it possible subsequently to make up for this slowdown without prejudice to Russia's defense capability. But here only time will tell.
Ctrl Enter
Noticed oshЫbku Highlight text and press. Ctrl + Enter
We are
Ukraine from the inside: traitors, curators and those who watch from the Kremlin
Ten "defeats" of Putin
Reporterin Yandex News
Read Reporterin Google News
10 comments
Information
Dear reader, to leave comments on the publication, you must sign in.