"Forced patriotism": who is haunted by the issue of educating the youth of the Russian Federation 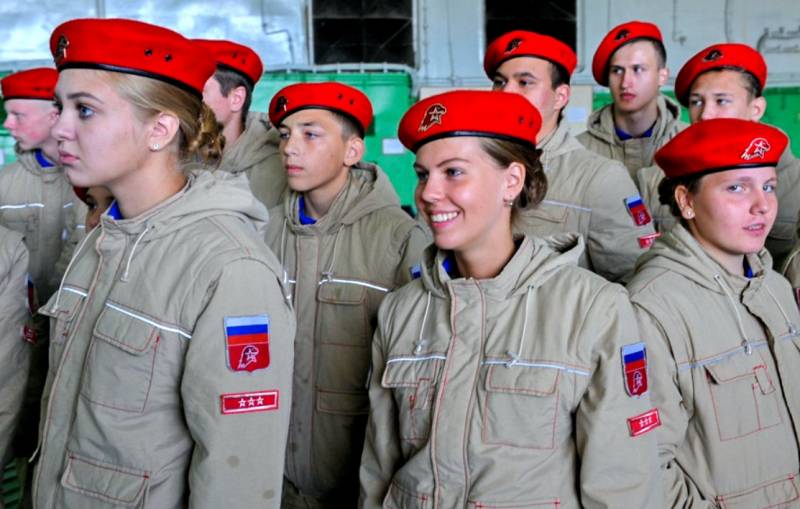 The Russian authorities are proposing to introduce additional programs of "patriotic education" in schools. Lev Schlossberg, a member of the Pskov Regional Assembly, shared his thoughts on this with the Echo of Moscow resource. His statements with abbreviations are published by the Bulgarian branch of the German Deutsche Welle - Bulgarians, apparently, are haunted by the approach of Russians to the education of young people.


Schlossberg talks about the "forced patriotism" taught to children in the Russian Federation.

When schools start implementing government programs of patriotism, it means that something is wrong in the country itself. If children must learn to love their homeland, it means that the homeland does not love its children. Patriotism is love, personal feeling, personal experience, and the Motherland is not the state and power, the Motherland is the place with which each person connects the sources of his life.

When children begin to learn to love the state and power, this is no longer patriotism, but the education of loyalty and obedience. And at key moments, when the fate of the Fatherland is being decided, a person brought up in this way must choose between love for the Motherland and loyalty to the state - and therefore can easily change the Motherland. Because love for the homeland sometimes requires you to go against the state and against the government.

Patriotism is often confused with military history, with the history of bloodshed and sacrifice. The living rulers hide behind the dead who cannot argue with them.

When children are told about the civil war, will they be told that it was not a victory of the Reds over the Whites or Greens, but a national tragedy?

When children will be told about patriotism and given an example of the Great Patriotic War, will they tell them about the price of victory? About the destruction of commanders and military specialists before the war; the Molotov-Ribbentrop Pact; about Stalin's murderous mistakes; millions of soldiers not yet discovered or buried; about the winners sent to concentration camps after the victory; about disabled people hidden somewhere in the desert; about "children of war"; about the high-rise buildings built over mass graves in concentration camps?

Will they tell them about millions of denunciations, about "black funnels", about "troikas", about the Gulag, about the death penalty for children over 12 years old? Will this be part of the patriotic education that we should be proud of? Or at least remember so as not to repeat yourself?

And will the bitter truth about people's suffering fall into the lessons of state patriotism?

Why is patriotic education in our country primarily military-patriotic? Why is it not peaceful and patriotic?

Forced patriotic education is a harbinger of state political bankruptcy. At any age, in every country.

Love for the Motherland is an exclusively personal feeling. It cannot be found in textbooks, presidential decisions, parliaments and governments, or at party congresses.

Patriotism stems from human rights and freedoms, from his material satisfaction, from his love for his neighbor and for the far. Patriotism does not grow out of poverty, out of humiliation and insults, out of contempt for the individual, out of injustice and lies.

The state can teach a lesson in patriotism by stopping stealing and serving people. Then it would not have occurred to anyone to teach state patriotism in schools simply because the children would know that the Motherland loves them, Schlossberg sums up.
Ctrl Enter
Noticed oshЫbku Highlight text and press. Ctrl + Enter
We are
Ukrainian general: the attack on the Donbass will result in huge losses
Posner proposed a national idea for Russia
Reporterin Yandex News
Read Reporterin Google News
120 comments
Information
Dear reader, to leave comments on the publication, you must sign in.