Chinese "One Belt - One Road" is not needed by Russia 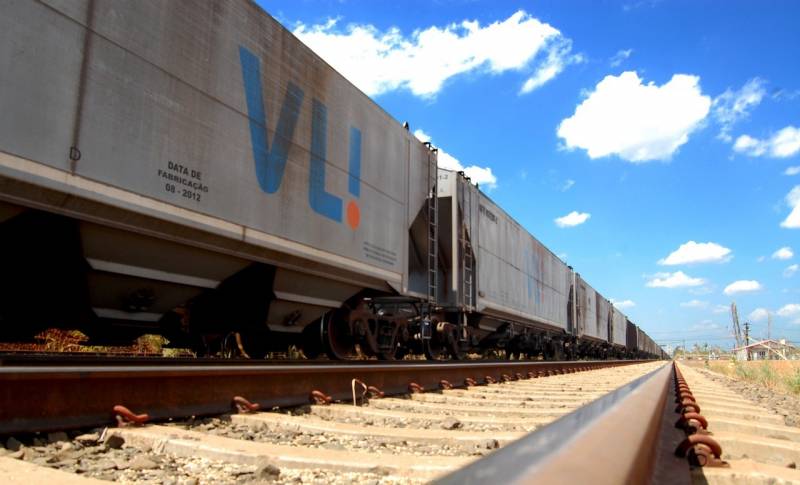 Looking at the globe, Russia is an ideal transit country for the Belt and Road transport corridor between Europe and Asia. Given the partnership between Moscow and Beijing, as well as their common opposition to Washington, one would expect a close economic integration within the framework of this global infrastructure project. However, this does not happen, as the foreign press drew attention to.

Despite the public commitment and words of support to this project from the heads of the two states, which are constantly heard at the meetings where the One Belt initiative is discussed, in reality, practically nothing is being done to implement it jointly.
As a confirmation of this thesis, foreign colleagues cite the fact that the head of our foreign ministry, Sergei Lavrov, refused to participate in a videoconference on the prospects for an international project that took place last month. If this is true, does Russia need One Way?

“One Belt and One Road” is without exaggeration an infrastructure megaproject. It should be noted that the main beneficiary from it is China, which is building a route for the delivery of its goods to the European market, the second most important for itself after the American one. Given the "trade war" unleashed by President Trump, the importance of the "One Belt" has only grown. Shipping cargo by sea is 20-30% cheaper than by land, but due to the aggravation of the confrontation with Washington, there is a risk of overlap for the PRC of the sea trade of the US Navy, which dominates the ocean.

The overriding task of the project is to connect the existing transport arteries into a single network, build the missing ones and, most importantly, introduce an end-to-end tariff grid. Now the shipper has to pay for transit through each country, which increases logistics costs. Beijing wants to create a transportation system in which a freight container travels by rail, road, river and air, and the customer only has to pay for its shipment once. The idea is certainly great, but there are a number of important nuances.

On the one hand, the Chinese promise to all countries participating in the project an increase in household income by 0,7-2,9%, an increase in budget revenues due to transit, of technologies partners through the construction of regional platforms, the introduction of services of the navigation platform "Beidou".

On the other handThere is also serious criticism of One Way. It is quite right to point out that China dominates the project, setting the rules of the game and promoting, above all, its own national interests. There are accusations that Beijing is driving many states involved in the construction of the transport corridor into a "debt trap". It is believed that China may transfer excess and environmentally harmful production facilities to the territory of transit countries. As for the "transfer of technology", for example, in Belarus the widely advertised industrial park "Big Stone" has, by and large, turned into a center for transshipment of Chinese consumer goods to Europe.

Some countries that are unable to succeed do not want other countries to succeed, this feigned disregard and indifference to what you yourself cannot achieve will not benefit anyone.
But the truth is that in this format, China really plays the first violin in the project, defending its own interests. It is not so much an international structure with bodies, where all participants are represented, but rather China's relations with all transit countries, where Beijing itself sets the tone. Should I bow to the eastern neighbor and dance to his tune? The question is ambiguous, and everyone will be able to make their own opinion on this matter. The initiative itself is interesting and useful, but the format of its implementation clearly requires rethinking.
Ctrl Enter
Noticed oshЫbku Highlight text and press. Ctrl + Enter
We are
Peace enforcement operation. Russia inflicts a preemptive strike on Kiev
US Global Economy: An End That Sneaks Noticeably
Reporterin Yandex News
Read Reporterin Google News
Ad
We are open to cooperation with authors in the news and analytical departments. A prerequisite is the ability to quickly analyze the text and check the facts, to write concisely and interestingly on political and economic topics. We offer flexible working hours and regular payments. Please send your responses with examples of work to [email protected]
10 comments
Information
Dear reader, to leave comments on the publication, you must sign in.