"Similarly, ours were cut": the Web appreciated the inverted American M-ATV in Syria 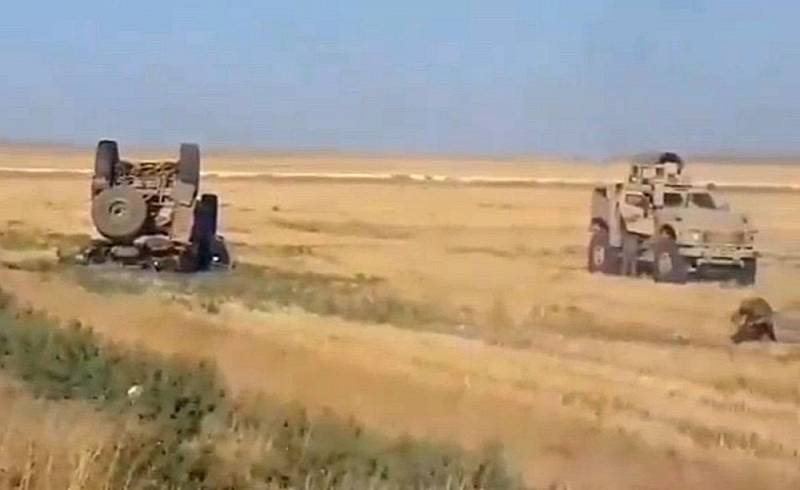 Social media has seen footage of an overturned American MRAP Oshkosh M-ATV wheeled armored vehicle in northern Syria. Some humorously believe that this is "the work of Russian military personnel" - quite likely, given the various kinds of conflicts between American and Russian soldiers in Syria.


So, a few days ago, US armored vehicles tried at high speed over rough terrain, taxi onto an asphalt road. A Typhoon, a Tiger and an armored personnel carrier of the Russian military police headed across to them. After that, a sharp conversation took place between the military on both sides.


Users of the Russian segment of the Internet have appreciated the American shape-shifter:

Exactly, ours cut
- Vitaly Vitaliev has no doubts.

American MRAPs often roll over, this is not news
- user Jiucmonag reassured everyone.

Well, there is nothing surprising. It is strange that this 4-meter armored shed does not flip over so often with its center of gravity
- echoes Vyacheslav Pereyaslavsky

Apparently, he wanted to overtake the Russians, but as always he could not resist on the bump
- Ruslan Maslennikov sarcastically clarified.

It's okay - now, as usual, the Russians will come and take out
- suggested Yegor Bolshakov.

Donnie (Donald Trump - ed.) Has already signed a decree on new sanctions. "The Russians will answer for this monstrous provocation," said the Pentagon
- exaggerates a certain Mj Md.

One soldier died as a result of the coup
- the user Arnold Ostankinsky shared the information. By the way, this information is confirmed by the Pentagon.

They were warned in an amicable way. So the accidents began
- recalled Mikhail Zvyagin.