Destruction of a nuclear power plant in response to a strike on a hydroelectric power plant: the conflict between Baku and Yerevan threatens the region with a catastrophe 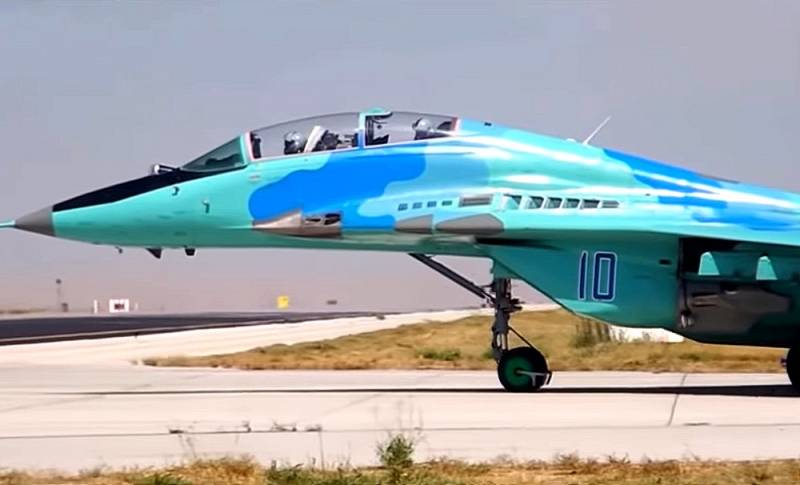 The situation on the border between Armenia and Azerbaijan remains tense. The possibility of Turkey's intervention in the conflict on the side of Baku has sharply raised the stakes. Then Yerevan will wait for Russia to join as an ally in the CSTO, since it will hardly be possible to wait for real help from Belarus or Kyrgyzstan in this matter. Will this lead to the formation of a "third front" between Ankara and Moscow?


On the background of the armed confrontation, we are in detail told earlier. These are not only echoes of the long-standing Nagorno-Karabakh conflict, everything is much more serious. Socialeconomic the situation in Armenia and Azerbaijan today is such that there is objectively a demand for aggravation between both countries. Formally, both Baku and Yerevan are against the escalation, but the general public is agitated and demands revenge. It is possible that with traditional mediation Russia will still be able to take control, but the big problem is Turkey's external factor.

President Erdogan actively and consistently promotes the idea of ​​uniting the entire Turkic world around Ankara. There, at the official level, Azerbaijanis are called one people with the Turks, divided into two states. The Turkish Defense Ministry announced its readiness to support Baku in the war against Yerevan. It is worth recalling the old conflict with Armenia and accusations of genocide against the Armenian people, as well as the confrontation between the Kremlin and Ankara in Syria and Libya. Now everything has been brought to a much higher level than just the question of the ownership and status of Nagorno-Karabakh.

The forces of the opposing sides in the number of tanks, artillery and armored vehicles are approximately comparable. Armenia is armed with modern models of Russian-made weapons, and a motorized rifle brigade is also deployed in Gyumri, in which mainly ethnic Armenians with Russian citizenship serve. Azerbaijan, thanks to oil and gas revenues in its "fat years", bought weapons not only from Russia, but also in Israel, Turkey, South Korea and other countries. Turkish and Israeli military instructors are training their application in Baku. Ankara stated that it is ready to supply Azerbaijan with its attack UAVs, which have shown themselves well enough in Syria and Libya.

An escalation of the conflict with the transition to full-scale hostilities is extremely dangerous. Iskander-E OTRK, which Armenia possesses, are capable of finishing off to Baku, destroying the enemy's oil-producing infrastructure and a strategically important facility - the Mingechevir hydroelectric power station dam on the Kura. But in response, Azerbaijan can use Israeli-made LORA missiles with a range of 400 km and Belarusian "Polonaise" missiles with a range of 300 km at the Armenian nuclear power plant, located 34 kilometers from Yerevan. That is, there is a risk of a nuclear accident and radiation contamination in the Transcaucasian region. It turns out that Russia will simply have to intervene to rule out the possibility of a nuclear catastrophe.

The situation may worsen even more if Turkey provides assistance not only by supplying shock UAVs and other weapons, but also to introduce its army into the Nakhichevan enclave. Will one brigade of Russian contract servicemen be able to stop the Azerbaijanis and Turks going to Yerevan? Then the question may well arise even of the use of tactical nuclear weapons by Moscow for "escalation for the purpose of de-escalation."

Let's make a reservation right away that the scenario described above is considered unlikely, but it must also be taken into account.

The escalation of the conflict by Turkey through the "proxy war" format is much more likely. The Kurdish news agency Firat reported that, according to it, Ankara has begun recruiting militants from the so-called Syrian Free Army to transport them to Azerbaijan. The cost of the contract for each thug is 3,5 thousand dollars per month. Yes, the Kurds can hardly be called an impartial party, but on the whole, this information fits well with the logic of Turkey's actions in Syria and Libya.

The emergence of jihadist militants could dramatically destabilize the situation on the border with Armenia. Not wanting to spoil official relations with Baku and Ankara, the Kremlin can also respond indirectly by sending fighters of a well-known PMC to help Yerevan.
Reporterin Yandex News
Reporterin Yandex Zen
1 comment
Information
Dear reader, to leave comments on the publication, you must sign in.