Russians will be asked to pay for good roads: pros and cons of the idea 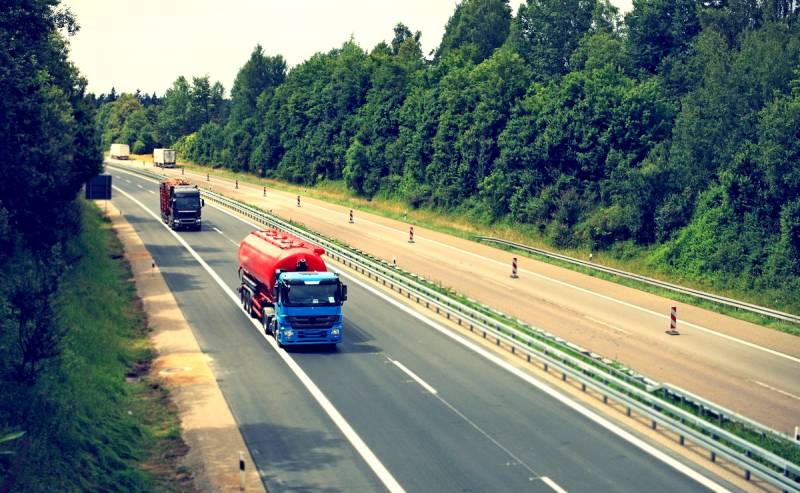 As you know, Russia traditionally has two troubles - fools and roads. The Ministry of Transport of the Russian Federation intends to deal with the second at the expense of the so-called "people's bonds" intended for the construction of a new toll highway. Is it worth it for ordinary Russians to personally participate in the development of the transport infrastructure of their country, let's try to figure it out.


We are talking about the project of a high-speed highway between Moscow, Nizhny Novgorod and Kazan, which was previously indexed M12. The road will be 729 kilometers long and travel along it at 120 km / h. It will be put into operation in 2024. The total cost of the project is estimated at 650 billion rubles. Initially, it was planned that 70% of the expenses will be borne by the state, but the money, as they say, "no, so you have to hold on." Now about 400 billion rubles of the required amount must be found somewhere outside the budget.

The last idea of ​​the Ministry of Transport is to borrow the missing funds from the population. Given that the motorway will be paid and will become part of the international transport corridor between China and Western Europe, the proposal sounds tempting. What are the pros and cons for potential investors?

First of all, it should be noted that at the expense of "people's money" roads are being built all over the world: in the USA, and in Canada, and in Australia, and in the Republic of Korea, and even in our neighboring Kazakhstan. In North America, not only states, but even municipalities can issue such bonds. So there is nothing exotic in the idea of ​​Russian officials. Moreover, a similar experience in the issuance of government loans by the population was in the USSR, however, it is evaluated differently.

The question is in what form it will be implemented now. Older people perfectly remember the infamous pyramid of state short-term bonds (GKO), which burst in 1998. Investors were promised crazy interest, but the state could only pay them by attracting new ones. Some of them hit the big jackpot, the rest were left on the beans in the end. Suspicious Russians quite rightly may wonder if something like this will happen again.

A fairly successful experiment with "people's bonds" (OFZ-n) started in 2017. No interest from the “field of miracles”: the average yield on securities for three years did not exceed 8,5%. Coupon income is charged once a year. No agent bank commissions when buying and selling bonds. Under the "protection" of the state, the amount of investment is up to 15 million rubles. Also OFZ-n are exempt from personal income tax. The cost of one bond is 1000 rubles, the placement period is 3 years. Nothing "fancy" in terms of income, but quite realistic. Due to the reduction in the key rate of the Central Bank of the Russian Federation to 4,5%, the rate on bank deposits with banks has also decreased, which is today an average of 4,63%. Considering that policy the mega-regulator may continue to soften, you can forget about high interest rates on deposits for the next few years. Perhaps then it is worth investing your money in the development of Russian infrastructure?

On the one hand, big incomes on “people's bonds” shouldn't be expected either. Thus, the Ministry of Finance of the Russian Federation has already begun preparations to issue new OFZ-n with a coupon rate of 4,1% instead of the previous 7-9%. At Avtodor, current issues are traded at 5,5% to maturity. People's bonds will be reliable, but rather conservative. Mention should also be made of the risk that part of the income will be “eaten up” by rising inflation.

On the other hand, "The right thing". The destination is popular, the appearance of a new route will reduce travel time by half. The track will be paid, so it will recoup its investments sooner or later. Minister of Transport Eugene Dietrich explains:

Profitability may not be so great, nevertheless, their return is provided by existing traffic and traffic.
It turns out that it will hardly be possible to get rich on such "road bonds", but everyone who wants to develop Russia's transport infrastructure will have the opportunity not in words, but in deeds, to directly participate in this.
Reporterin Yandex News
Reporterin Yandex Zen
9 comments
Information
Dear reader, to leave comments on the publication, you must sign in.