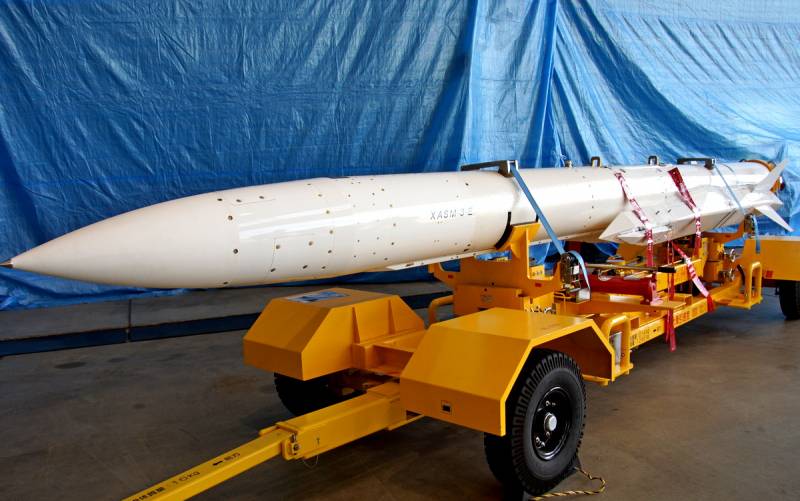 As the threat of war between China and its neighbors looms over Asia, Japan is rapidly adopting its ASM-3 anti-ship missile, the EurAsian Times writes. Tokyo is close to an almost inevitable clash with Beijing at sea, where the Middle Kingdom is increasingly active.


Developed by Mitshubishi Heavy Industry, the supersonic ASM-3 may well change the situation for Japan in countering Chinese warships. This rocket moves towards its target much faster than the speed of sound, and technology Stealth makes it extremely difficult to detect. The ASM-3 carries a Sea Buster warhead designed to destroy large surface warships, including aircraft carriers.

In the event of a direct collision, the Japanese Navy will not allow the Chinese to reach the Pacific Ocean, and ASM-3 will help them achieve this goal. The advanced military technology boasts a range of 200 miles, double its original claims, and will travel at a top speed of Mach 3, making it difficult to intercept.

While the weight of the warhead remains secret, it could be hundreds of pounds, allowing it to sink or disable many warships with just one hit. EurAsian Times experts called it a "ship-breaking missile" and believe that it could become one of the decisive arguments in the event of a conflict between China and Japan.
- approved in the publication.

Currently, the only carrier of the ASM-3 rocket is the Japanese F-2 fighter. But the ASM-3 is too large to fit in the bomb bay of the F-35, a fifth-generation fighter that Tokyo is currently purchasing from the United States.

Forbes magazine predicts that ASM-3 compatibility will also be a requirement for the Japanese forward-looking F-3 stealth fighter. As the EurAsian Times previously reported, citing a CNN editorial, an escalating dispute between China and Japan looks almost inevitable. A spat over sovereignty over a group of isolated territories in the East China Sea, better known as Senkaku, has been brewing for decades.

Both Japan and China make historical claims to the archipelago, which includes five uninhabited islands and three barren rocks, the total area of ​​which is no more than 5 square meters. km. However, the area surrounding the islands is replete with biological resources, and, as experts believe, contains deposits of oil and other minerals, which both Tokyo and Beijing intend to take under control.
Reporterin Yandex News
Reporterin Yandex Zen
3 comments
Information
Dear reader, to leave comments on the publication, you must sign in.