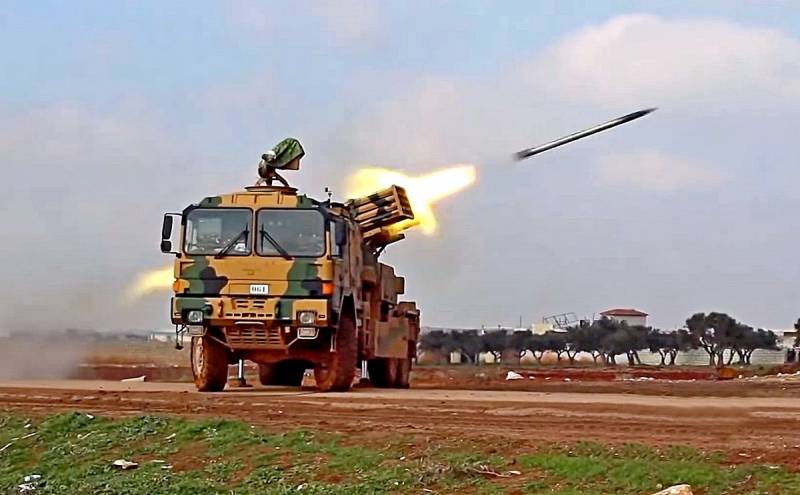 On July 17, Deputy Defense Minister of Azerbaijan Ramiz Tairov and Commander of the Separate Military Army Kyaram Mustafayev held talks in Ankara with the head of the Turkish defense industry Ismayil Damir. The latter noted on his Twitter that the main topic of discussion concerned the issues of interaction between the two countries in the defense industry.

We provide our military industry, starting with drones, missiles, electronics systems and other high-tech weapons, to Baku. In addition to the transfer of new combat systems, we are ready to improve the existing ones in service with the Azerbaijani army, and we can also consider the possibility of joint production of weapons
- said Damir.

On Thursday, July 16, a delegation of officials from Azerbaijan headed by the deputy defense minister Ramiz Tairov arrived in the capital of the Republic of Turkey. During the discussions, his Turkish counterpart Hulusi Akar promised Azerbaijan to provide all the necessary support to repel "aggression from Armenia".

Earlier, Turkish President Erdogan accused the Armenian authorities of unleashing a military conflict with Azerbaijan. According to the Turkish leader, Yerevan launched military operations in order to create a hotbed of tension in the region. Erdogan also stated that Ankara will provide Baku with everything it needs to counter any attacks by the Armenian armed forces.
Reporterin Yandex News
Reporterin Yandex Zen
2 comments
Information
Dear reader, to leave comments on the publication, you must sign in.