Su-57 taught to reveal the invisibility of enemy aircraft 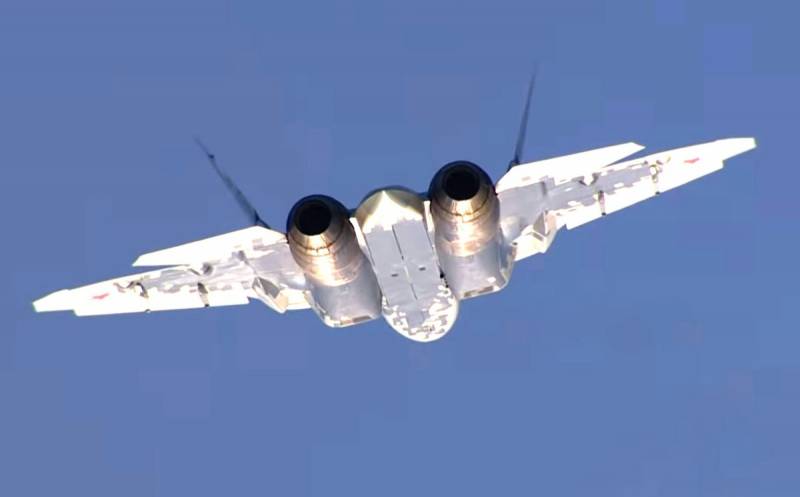 The Russian Su-57 is considered the fifth generation fighter. One of its greatest strengths was the Himalayas electronic warfare complex (EW) - a “smart” skin that actually negates the invisibility of enemy aircraft, reports "Military Review". The EW complex is integrated with the on-board radar N036 "Squirrel", which together provides unrivaled capabilities.


The Su-57 received this system back in 2014, but has undergone many changes since then, as a result of which its functionality has significantly increased. Himalayas minimize the use of stealthof technologies and actually turn them into fourth-generation aircraft.

The electronic warfare and radar complex on the Su-57 does not have a specific localization - it is located in different parts of the fuselage, as well as on the wings. The system interferes and protects the fighter from homing missiles from virtually all directions. The range of effective use of the complex exceeds the range of air-to-air missiles, and if used, the missiles will be disoriented in space. Moreover, the electronic warfare and radar complex will be able to detect missile launches by the enemy and calculate the coordinates of the aircraft, thereby depriving it of its "invisibility".

Elements of the airborne radar N036 "Squirrel" and EW "Himalayas" on the Su-57 fighter.


According to sources, the upgraded Himalaya electronic warfare system will be involved in the development of new generation of Russian shock unmanned aerial vehicles. It is also very likely that the system will be used as the basis for electronic protection of the Hunter UAV.
Ctrl Enter
Noticed oshЫbku Highlight text and press. Ctrl + Enter
We are
In the West, they explained why China buys a Su-35 with the latest J-20 fighter
Norwegian F-35s against Russian MiG-31s: in a real battle, the victory would have been ours
Reporterin Yandex News
Read Reporterin Google News
5 comments
Information
Dear reader, to leave comments on the publication, you must sign in.