Russian-Turkish confrontation: why are we retreating in all directions? 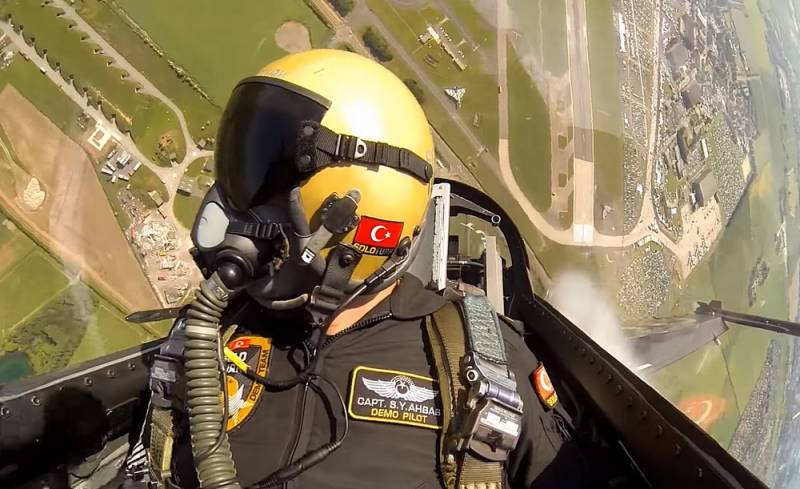 Today, when the sudden aggravation of the situation on the Armenian-Azerbaijani border is actively discussed and condemned in many countries, it is worth looking at this conflict from a slightly different angle. In fact, everything that happens is, first of all, another “glove” thrown into the face of Moscow by Ankara. To a number of Russian-Turkish "fronts" already existing today, one more is added.


And we are retreating again, no matter how painful it would be to admit this unpleasant truth. What lies behind those far from positive processes for our country, which the further, the more clearly visible in its relations with Turkey? The indecision of the Kremlin? Some kind of his "cunning plan"?

From Syria to Libya

Even if we briefly and superficially analyze at least the main events and milestones of Russian-Turkish relations of recent times, we can say that the period of “intensive development of comprehensive cooperation” between our states ends with the supply of Ankara S-400 Triumph air defense systems and the launch of the Turkish Stream gas pipeline ". Incidentally, it should be noted that the Turkish side benefited from all this, thus obtaining both the most advanced air defense systems and the guarantee of “blue fuel” supplies, as well as opportunities for very fruitful bargaining with Washington and Moscow at the same time. Moreover, as in politicalAnd in economic areas. After that, something completely different begins. Ankara, at first rather cautiously and moderately, and then more and more brazenly intervenes in the conflict on the territory of Syria, trying to squeeze Russia there. Everything comes to the almost open confrontation between the military of the two countries in Idlib and the aggravation of the situation to the brink of an armed clash between them.

It seems that one can find a way out, at least by temporarily reducing tension, however, it is perfectly clear that sooner or later a new escalation will begin there, since the interests of Damascus (and, accordingly, the Russian side) in this region diverge from Turkish plans and intentions in the most dramatic way. At the same time, Ankara draws a rather peculiar lesson from the Syrian events and makes a retaliatory move already in Libya, moreover, taking advantage of this, in fact, using our own methods. Having entered into an alliance with the Government of National Accord seated in Tripoli, Recep Erdogan openly intervenes in the ongoing civil war in the country, while opposing the Moscow-supported Libyan People’s Army led by Field Marshal Haftar.

The rhetoric that has been sounding all this time from Ankara is becoming increasingly anti-Russian - the local leader begins to speak with our country a language that can hardly be called anything other than ultimatum and threatening. At the same time, by the way, he “checks for strength” the readiness to confront the countries of the European Union and his own adversaries over NATO, starting the expansion of the appropriation of resources on the Mediterranean shelf. Quite expectedly, things are not going further than loud statements with “expressing concern” and general phrases about “Turkey’s inadmissibility”. Russia, however, at the official level is limited to about the same rhetoric. It is quite natural that every time Turkey does not “get its hands on” after its next aggressive demarche, it strengthens its own impunity and begins to become even more impudent. The transformation of the Hagia Sophia into a mosque is, of course, “Turkey’s internal political affair”, in which “no one, including us, should intervene,” as Russian Deputy Foreign Minister Sergei Vershinin said.

Nevertheless, the position voiced by the Russian Orthodox Church seems to be closer to the truth, where Erdogan’s trick was called not just “a threat to the whole Christian civilization”, but also specifically “a blow to world Orthodoxy”. And there is nothing to try to find solace in the fact that the most painful incident in Istanbul echoed in the hearts of representatives of Greece, relations with which the Turks today are exacerbated to the limit. The challenge was first and foremost not to this small European country, but to a state claiming a central and unifying role for all Orthodox believers. That is - Russia. Erdogan’s statements today that he almost “received approval of his actions personally from Putin” and the invitation of our leader to visit the temple in its new status border on insults directly ...

From Hagia Sophia to Karabakh

Against the background of all this, the position taken by Turkey regarding the next Armenian-Azerbaijani conflict (it is quite possible that Ankara was inspired too) seems to be a natural continuation of everything that happened earlier. The absolute and unconditional support of Baku was expressed by the overwhelming majority of high-ranking Turkish representatives - from the Minister of Foreign Affairs Mevlut Cavusoglu, who stated bluntly that his country “in which case” would support the Azerbaijani side of the conflict “with everything at its disposal”, while emphasizing specifically that we are talking about support for the ally’s armed forces, up to the head of the defense department, Hulusi Akar, who also confirmed the thesis of readiness to “help”, which actually means the possibility of direct military intervention by Ankara. Russia, on the other hand, confined itself to an extremely slurred and crumpled statement by the Foreign Ministry, in which there was nothing concrete — sheer “expressions of concern” and on-call calls for an immediate ceasefire.

The reaction at the level of toothless official statements on this issue of the European Union. A radical change in the picture could have been announced at an urgent meeting of the Collective Security Treaty Organization, in which Russia occupies a dominant position, but it was both announced and canceled. Or it was unclear for how long and for what reason ... What is typical, on July 13, after the outbreak in the Caucasus, a telephone conversation took place between Vladimir Putin and Recep Erdogan, which, according to the Kremlin’s press service reporting on it, went through calm and almost “warm and friendly” atmosphere. We talked about Syria, Libya, the same Sofia, the prospects of tourism and other important things. According to the official announcement, the initiator of the conversation was the Turkish leader.

One gets the impression that between Ankara and Moscow there is some kind of very strange game, which has recently been reduced, in fact, to a test of the patience of the latter. At the same time, it’s quite amusing to watch how some domestic media, for example, suddenly began to look for justification for the absolutely unexpected for many absolute lack of official reaction to the same crescent erection over Hagia Sophia. Some managed to finish to the point that it would almost “become a unifying moment for the Russians and Turks” in their “confrontation with the West”! God be their judge ... And you can philosophize as much as you like about the fact that the most severe blow was inflicted on the authority of the Patriarchate of Constantinople, which has recently taken the most active anti-Russian position, and not Moscow, but the fact remains.

Turkey, in front of the eyes of the whole world, has taken another significant step towards the reincarnation of the Ottoman Empire - albeit in a new guise, corresponding to modern realities. To say that Recep Erdogan’s ambitions are focused only on “retaining his own power” and the domestic political agenda, and all his foreign policy demarches are nothing more than a “pursuit of popularity”, can only be blind. Today, Ankara is trying to do what it has been preparing and striving for a long time ago - to seize the "control levers" of the Muslim world. At least, that part of it that professes the Sunni movement of Islam. It’s not without reason that Erdogan broadcasts that “the return of Hagia Sophia to the faithful should be followed by the release of al-Aqsa”, who, if anyone has forgotten, is in Jerusalem. It is not in vain that he also speaks of “the fire that should break out in the hearts of suppressed and exploited” co-religionists. Turkey has not only firmly embarked on the path of neo-Ottomanism and Pan-Turkism today, it is following it with great strides. This way cannot be peaceful in any case. And will not be.

How many wolves do not feed

We must not forget that the main geopolitical adversary of the Ottoman Empire, its, so to speak, natural enemy for centuries was Russia. There are too many “points of intersection” at which the spheres of vital interests of the two countries converge, which throughout the ages have been, yes by and large, and today remain mutually exclusive. Trying not only to coexist peacefully, but to cooperate with Turkey, our leaders seem to have forgotten about two things that have for centuries determined its foreign policy strategy - deceit and treachery. What did we ultimately get from this dubious “friendship”, for which Ankara was first forgiven for “innocent pranks” like supporting Ukrainian claims to the Crimea and supplying Kiev with weapons, and now, in fact, much more serious things get away with? Money for the S-400 (a significant part of which was obtained from our country as a loan), in return for the likelihood that these air defense systems will either be used against our own aircraft, or will be in the hands of the Americans (in Washington, this desire was already voiced )? The gas pipeline, due to which the “blue stream” has been idle since May 13 due to the almost complete refusal of the Turkish side of our fuel and which they can easily block there, turning it into another blackmail tool? Ankara's “gap” with the United States, which, most likely, is nothing more than another theater act, an element of the same “big bargain” in the style of an oriental bazaar? It may well be that the Turkish side is just trying to obtain the status of a “watching” in the Middle East from the USA and it’s far from the fact that it will not achieve it.

In any case, our country does not need a war, especially with such a serious adversary as Turkey. However, the problem lies precisely in the fact that sooner or later Moscow will either have to wind down many of its own foreign policy initiatives and projects, and not only in the Middle East, or enter into an open conflict with Ankara. But it will only be very bad if the place, time and conditions of this confrontation are not chosen by us. We must pay tribute to our opponents - they deliver blows that are very precise, accurate and increasingly painful. The situation with the same aggravation around Nagorno-Karabakh could turn out to be a very bad side for Russia. If Yerevan does not receive it from the CSTO, it will give an occasion to all the anti-Russian forces there (and there are quite a lot of them) to declare the organization's complete powerlessness and uselessness, and, above all, the futility of the future course for priority cooperation with Moscow. There, you see, the time will come for a “multi-vector politics”, which Pashinyan is already talking about, which may well be followed by a full turn to the West. And this is just one example of this kind.

It is quite possible that, as I have already said, everything that happens is just a protracted prelude of a certain "multi-way", the ending of which should be so unexpected that people unprepared to comprehend it wisely. However, if everything is much simpler, and trying to "tame" a seasoned Turkish "wolf", our politicians simply forgot the saying about the uselessness of feeding this beast, while only fairly fueling Ankara’s ambitions, it won’t end in good. With friendly and hospitable Turkey, we could live in peace for years. With the revived Ottoman Empire - we will not be able in any case.
Reporterin Yandex News
Reporterin Yandex Zen
23 comments
Information
Dear reader, to leave comments on the publication, you must sign in.