Why the war between Azerbaijan and Armenia is almost inevitable 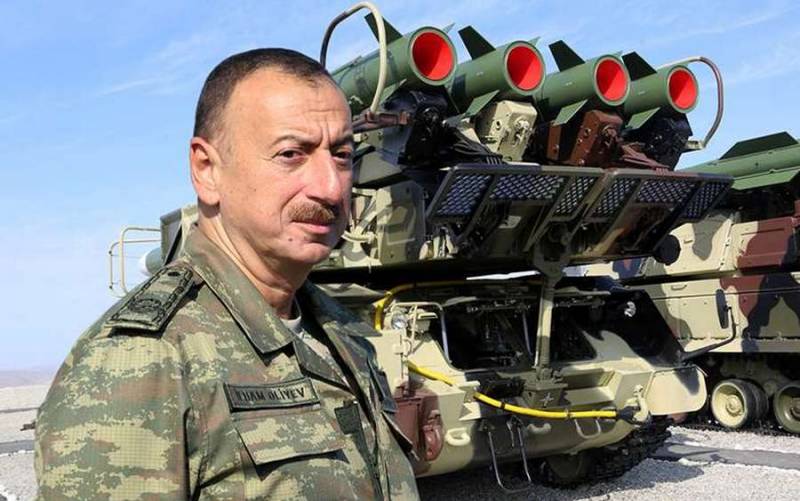 Relations between Armenia and Azerbaijan continue to escalate. There are casualties among the military, both sides blame each other for provocations and further escalation. Despite official Baku’s statements regarding “occupied 20% of the territory,” the issue no longer concerns Nagorno-Karabakh. Apparently, everyone just wants a war, and therefore it is almost inevitable.


A few days ago we told about another aggravation on the Armenian-Azerbaijani border. However, unlike previous clashes, they now occur hundreds of kilometers from the unrecognized Nagorno-Karabakh Republic. There is a strong impression that complaints about the “annexation of Azerbaijani territory” are just an excuse. So who and why did it take for the guns to speak again and blood to spill?

Small and victorious - such a war is periodically necessary for the rulers of states experiencing serious socialeconomic difficulties in unifying society against an external enemy. As for Azerbaijan, this country has suffered from the consequences of the "oil war" between Russia and Saudi Arabia. Its budget is 60% dependent on oil sales, and hydrocarbons as a whole account for about 90% of total exports. At high costs, the budget was made up at a barrel price of $ 55. Due to the fall in world quotes of "black gold" began the devaluation of the national currency, and with it the rise in prices. In general, we are faced with all the “charms” of a commodity economy.

It is possible that someone could advise official Baku to resolve domestic economic and political problems due to the escalation of the conflict with the familiar enemy, Armenia. At the same time, “warm greetings” to the Kremlin could be written “between the lines” for its intractability in the OPEC + deal in March. In Yerevan, too, there are forces that are not averse to fighting slightly with the Azerbaijanis. Prime Minister Pashinyan continues a political conflict with the opposition, which has already formed in relation to him.

Most likely, everything could be limited to a shootout in Nagorno-Karabakh, but this time an external player, Turkey, got into the conflict. The Ministry of Defense of this country stated:

We will continue to provide all possible assistance and support to the Azerbaijani Armed Forces against Armenia, which for many years pursues a policy of aggression, illegally occupying Azerbaijani lands.

Connected by a common culture and history, Azerbaijan and Turkey are one nation, two states.
This sharply raised the stakes in the game. Now this is no longer a local conflict over Nagorno-Karabakh, where Russia has traditionally been a mediator. This is a question of a war between two sovereign states, with Turkey on the side of Azerbaijan, which has the second strongest army and navy in NATO. Armenia is a member of the CSTO, and an attack on one of its members is automatically considered an attack on the entire bloc.

Baku and Ankara put the Kremlin in an extremely awkward position. In the event of further escalation and the beginning of active hostilities against the CSTO ally, Russia will have to defend it, thereby destroying its partnership with Azerbaijan and Turkey. If Moscow is inactive, then the value of the CSTO for the rest of its participants will begin to vanish. Such a “Turkish gambit” was arranged by the “friend” Recep in response to Syria and Libya.
Reporterin Yandex News
Reporterin Yandex Zen
28 comments
Information
Dear reader, to leave comments on the publication, you must sign in.