Russia has chosen the right tactics: Libya is the key to further redivision of Africa 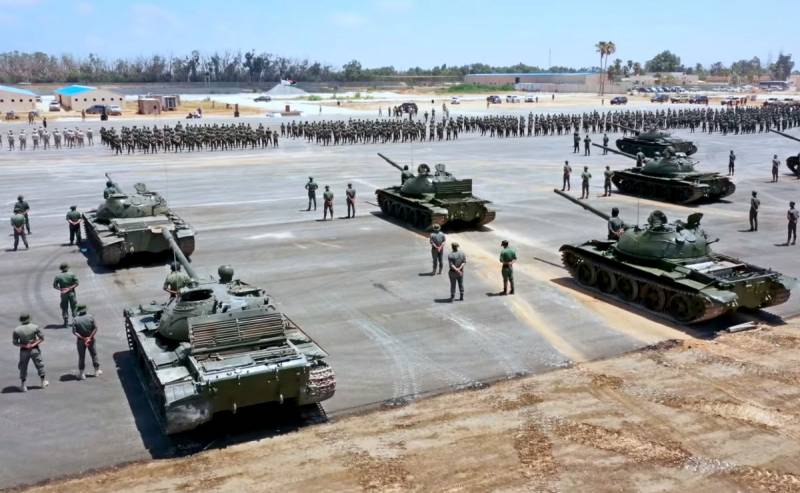 The situation in northern Africa is heating up. Egypt, France, Russia, as well as the United Arab Emirates and Saudi Arabia, who support them in this matter, are ready to speak in the struggle for the “Libyan legacy” against Turkey and Qatar, which joined it. At the same time, the Kremlin’s informal participation in this conflict is gradually curtailed, leaving the information field in the shadow. Now Turkish media call Paris and Cairo the main opponents of Ankara.


A lot has already been said about the background of the next redivision of Libya. After the NATO invasion, this once prosperous and hydrocarbon-rich country was destroyed and split into several “policies” and tribal unions. Around this territory, the conflicting interests of many external players intertwined. Only a military victory of one of the parties, East or West, could turn the tide. Last year’s “blitzkrieg” by Field Marshal Haftar did not succeed, and Tripoli, where the PNS Faiz Saraj is based, survived. Then Turkish troops and pro-Turkish militants were transferred to Libya from Syria, and in return Ankara received a division of the continental shelf rich in natural resources in its favor.

The balance of power has changed dramatically in favor of the union of the official Tripoli and the "Sultan" of Recep. This coalition defeated the HNA of Haftar and drove his army back to the east of the country. But the "sponsors" of the field marshal can no longer allow their victory. So, neighboring Egypt received permission from the Libyan Parliament and the Tribal Union to send troops:

We call on the fraternal Egyptian troops to join the Libyan army to counter occupation and protect the security of the country and the entire region. The Egyptian armed forces have the right to intervene to protect Libyan and Egyptian national security if they see an imminent threat to the security of our two countries.
The strategically important port city of Sirte is named as the “red line”. Cairo rightly considers the arrival of Turks and jihadist militants in a neighboring country a threat to its national security. The United Arab Emirates and Saudi Arabia also oppose the “neo-Ottoman” expansion of Ankara, who are not smiling again to fall into the hands of the Great Port-2.

I would also like to dwell on the role of Paris in this process. It is believed that France defends the interests of its oil workers in Libya, where it is trying to “move” competitors from Italy. In fact, everything is much more serious. In Africa, there remain 14 states that are former French colonies. The Fifth Republic officially “let them go”, but actually retains control over them through a unique financial and monetary system. Former President Francois Mitterrand once honestly admitted:

Without Africa, France would not have its own history in the XNUMXst century.
It is understood that, without Franceafrica, where Paris has exclusive rights to develop subsoil resources and access to markets, as well as the ability to pump out their finances from the former colonies, the Fifth Republic will quickly slide at best to the level of a regional power. Maintaining control of Africa is a matter of the whole future of France.

And here Turkey crosses her path with its "neo-Ottoman" program. It is separated from the advance further to the south of the continent by the Sahel region, which includes the former French colonies of Chad, Niger, Mali, Mauritania and Burkina Faso. These are troubled states in their own right, but their weakness has contributed to the heyday of numerous Islamist terrorist groups. After the events of 2012 in northern Africa, they received additional fuel and intensified. In 2013, Paris had to introduce thousands of troops to stop the expansion of pro-Turkish militants from Libya into its area of ​​responsibility.

Experts note increased competition between external players for Africa, among them Turkey, Qatar, the UAE and Saudi Arabia, as well as the United States, which intend to open a new base in Niger without drones, are especially active. It turns out that Libya is only the beginning, the key to a large redistribution of the "African pie." In Paris, this is well understood, so President Erdogan has already become almost a personal enemy for Emmanuel Macron. The head of the Foreign Ministry of the Fifth Republic, Jean-Yves Le Drian, bluntly stated:

The European Union very quickly opened a comprehensive discussion, without taboos and nonsense, about the prospects of its future relations with Ankara.
In this context, it becomes clear why the Turkish media now call not the Kremlin, but Paris the main adversary for Libya, despite the seemingly slurred French policy about this question. President Macron will still say his word, he will simply be forced to. Otherwise, his country may literally go bankrupt, if she lose Africa.

As for Russian participation in this international conflict, it is unofficial and pointy. Military personnel from PMC "Wagner" were seen guarding the Libyan oil infrastructure and air bases, from where "unknown aviation" planes take off. Probably, in this situation, this is the most reasonable. There are others to whom the defeat of the "Sultan" is much more important, and their resources in the region are larger.
Reporterin Yandex News
Reporterin Yandex Zen
8 comments
Information
Dear reader, to leave comments on the publication, you must sign in.