Russia very early began its energy "turn to the East" 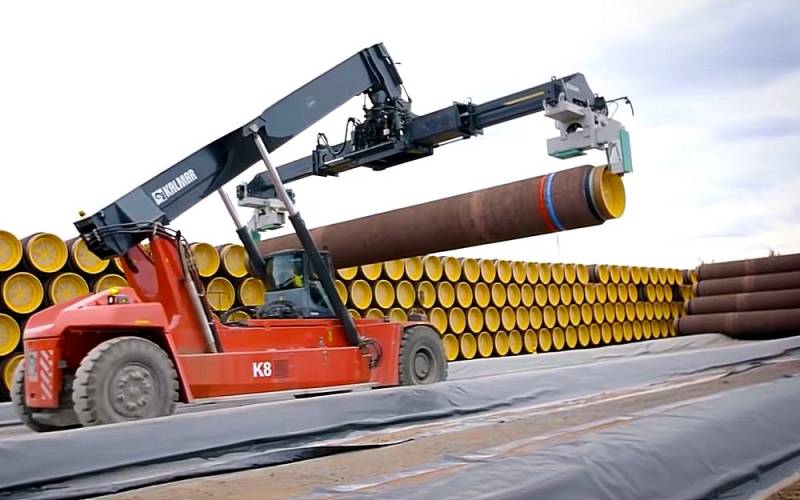 Following the decision by Europe to achieve “climate neutrality” at any cost by Europe in the same direction, the United States seems ready to move. In any case, more than a real contender for the post of head of this state, Joe Biden, on the eve of his unequivocal declaration of precisely such an intention. In this regard, some are already gloatingly rubbing their hands: now, they say, Russia, which cannot live without the export of hydrocarbons, will surely come to an end! And fast and inevitable ...


I must say that on this “wave” quite a lot of publications on the topic, sustained in different tonalities - from restrained, preoccupied to frankly panic, appear in the domestic media. However, is it so simple and unambiguous with the plans for "landscaping" economics West and the possible consequences for our country?

The US presidential candidate from the Democratic Party, apparently, decided to surpass his own European colleagues - environmental populists. “The complete transition of the USA to“ clean ”energy sources”, in his opinion, can and should happen already by 2035! And what? Shitty thing! Mr. Biden, in order to achieve a similar, let's say, initially unrealistic goal, intends to invest as much as 2 trillion dollars in its implementation. At the same time, as is usual in such cases, two important questions remain “outside the brackets”: first, whether even this colossal amount is enough to completely rid the vast country of “harmful” oil, gas and nuclear energy. And secondly - where, in fact, does he intend to get it (even having entered the White House) from a candidate who promises such enchanting things?

Today, the United States is experiencing an economic downturn unprecedented since the Great Depression; they are swept by a wave of massive bankruptcies and threatening to become total unemployment. In June, the US state budget deficit reached an unprecedented level of $ 864 billion. In the first nine months of 2020, its volume is 2.74 trillion dollars! What other injections into the "green" energy - with such a hole in the treasury? Nevertheless, Biden is full of optimism and does not cease to praise in every way the delusional plans of his own party member, Democratic leader in the Senate of the US Congress, Chuck Schumer, to transfer all Americans without exception to electric cars, hydrogen-powered cars, or, at worst, “hybrids”. The senator also proposes to “stimulate” the state cat for this process.

However, this is far from all the “know-how” that the candidate from the Democratic Party offers to potential voters. At least another $ 400 billion, he, if he wins the election race, is going to increase government spending on "the acquisition of goods and services produced exclusively in the United States." At the same time, of course, to the maximum (and ideally - completely) by refusing to export from such "unfriendly countries" as Russia and China. As in Mr. Biden’s lush little head, the complete restructuring of American industry is combined with its "explosive" development (even though the transition to new energy sources will make local products more expensive than the Chinese ones at times) - it is completely incomprehensible. It is not for nothing that in the camp of Donald Trump's supporters, Biden’s economic projects presented under the seductive slogan “Buy American!” Were called “national catastrophe”. And for whom such a catastrophe, in the case of the implementation of the environmental aspirations of the US Democratic Party tearing for power, will become absolutely inevitable - this is for American oil workers, who are already struggling to survive after the crushing blows of fate that befell them.

As of the beginning of this month, only 263 “shale” drilling rigs were operating in the country - a record for closing them has been broken since the time of 1944. Not only that - not so long ago, local ecologists planted another large “pig” in the industry - after a long lawsuit, they managed to close the Dakota Access pipeline, through which all the “black gold” mined at the main “shale” US field of Bakken, located in North Dakota. The pipe was very "harmful to the environment" - and it was blocked. According to current forecasts, the upcoming tyagomotin with "environmental impact assessment" may well drag out, at least until next year. And if supporters of such views on life prevail on a global level in the USA (right up to the White House) in the USA, then the “shale” industry can’t live without it.

While in the United States the environmental “twists and turns” of the potential head of state and the Democratic Party supporting it will inevitably lead to a further economic collapse, increased unemployment and new waves of social protest, in the Old World everything is somewhat more complicated. There, it would seem, “everything is in the ointment” - “The Green Deal for Europe” seems to have been approved at the highest levels, is not subject to further discussion and has no alternative. Nevertheless, the "pitfalls" in this, at first glance, good undertaking is more than enough. Including those that can easily sink to the bottom the already pretty battered coronavirus "storm" boat of "pan-European unity." Insisting on the vital need to fight global warming not for life but for death, about the charms and prospects of “carbon neutrality” that should reign on the continent after 2050, great policy from Brussels and other capitals, they carefully circumvent the main question - the prices of all this grandeur.

For example, let’s take only one moment - the so-called “green hydrogen”, with which the local eco-crazy figures are so touching. In terms of minimal environmental impact, it really is good, there is no doubt. But with respect to some other aspects ... How about the fact that hydrogen, by virtue of its physical properties, is much more volatile than natural gas familiar to everyone? Consequently, the danger of its leaks, which may well lead to large-scale technological disasters when using pipeline equipment "sharpened" under the standards of "blue" fuel for transportation of "green" fuel, increases many times. For safe work in the new conditions, it must be subjected to a sufficiently serious modernization - and this, you know, requires investment.

Well, let alone the cost of "green" hydrogen, which must be extracted from sea water by decomposing it into components, using produced, ideally using electricity from all the same renewable sources, and there is nothing to say. That is why, as of today, the really working capacities of electrolysis plants for the production of hydrogen in relation to conventional energy sources are scanty even on a global scale. Yes, first of all, in Europe there are plans for a sharp increase in their number, but so far these are only plans. That is why in the same European Union we are more than seriously ready to consider the prospect of using the same hydrogen, but obtained from a completely different Technology - pyrolysis, which assumes as raw material not free sea water, but natural gas. And guess which one?

Russian Gazprom favors European hydrogen projects solely because it sees in them simply a new “incarnation” of its own supplies of the same blue fuel. Let's not forget about one more thing - the complete conversion of all energy to hydrogen will require an absolute, total reworking of every European power station, boiler room, most plants and factories. It is difficult to imagine even the orders of sums that have to be invested in the “restructuring” of such cyclopean scales. In addition, the use of new fuel (coupled with the overhead of its introduction) will make any goods produced in the Old World completely uncompetitive on world markets. However, the European Commission also has its own plan for this. But what can its implementation in practice lead to?

The intentions announced by the head of the European Commission, Ursula von Der Lainen, to introduce truly draconian "environmental" taxes not only on the supply of "harmful" hydrocarbon raw materials to the EU, but also on any goods produced in countries that are "harmful to the environment," will not only not be found understanding among local buyers who have to pay for the same familiar Chinese goods at exorbitant prices. They will inevitably lead to a final split, which already gave a lot of cracks due to the pandemic of the coronavirus of the globalized world in which Europeans lived so comfortably. In fact, the consequence of this approach will be the arbitrary division of states into “clean” and “unclean” followed by a brutal economic war between them. Whether the European Union can win such a war is a big question. Already today they are preparing for a new round of confrontation with the United States, threatening to impose economic sanctions, up to completely prohibitive trade duties on a number of European goods. So far, as far as we know, we are talking about manufacturers from France, well, it’s a good start ... Will the Eurozone economy, which is extremely weakened and unbalanced after the pandemic, “pull” an economic war with China, India and other states that are not going to dictate to break own industry and infrastructure for the sake of rather dubious goals? So far, practice shows that arranging such a confrontation with the Celestial Empire is more expensive for itself. This is evidenced by the sad experience of the United States, and in Europe it is well known. Because of this, there is great reason to hope that formidable declarations about “eco-taxes” will remain so - at least in the near foreseeable future.

Otherwise, the world economy is really waiting for an unprecedented split, and, accordingly, shocks, in comparison with which the 2008 crisis, and even the current troubles, will seem childish pranks. With whom, in this case, Russia will be - the question is most likely a rhetorical one. In this situation, the Asian region will finally become the main industrial and economic outpost on the planet. And we can only rejoice that our country, ahead of time, has begun a “U-turn to the East”, reorienting its own export flows there and trying to integrate as much as possible into new production and supply chains originating in Asia. If the United States and Europe intend to "turn green" to the detriment of themselves - well, then. The light on them alone, as they say, did not converge in a wedge.
Reporterin Yandex News
Reporterin Yandex Zen
7 comments
Information
Dear reader, to leave comments on the publication, you must sign in.