Is criticism of the effectiveness of the "Shell-C1" in Libya justified? 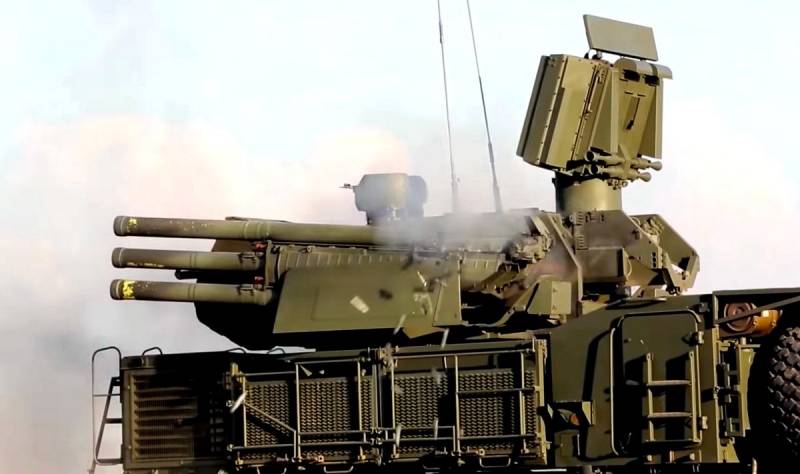 The war in Syria and Libya has convincingly shown that the future lies with shock drones and “swarm of drones” attacks. In both of these regional conflicts, Moscow opposed Ankara, and domestic air defense / missile defense systems had to confront Turkish UAVs as well as self-made terrorist drones. Here are just Russian ZRPK "Shell-C1" showed themselves very differently. So what is the reason?


The Ukrainian edition of Defense Express with undisguised gloating writes on this subject the following:

Turkish Bayraktar TB2 shock drones staged a “true genocide” by the Russian-made advertised Pantsir ZRPK.
Well, frankly speaking, about the "genocide" they turned down. Ukrainian journalists enthusiastically write about the destruction of 30 to 40 Shells, while the Turks themselves recognize only 9: two in Syria and seven in Libya. Having dealt with the scale of the "disaster", let's talk about more specific "claims" to our air defense system.

The main thing is that the complex has a certain “dead zone" behind a mark of 80 degrees vertically, where UAVs or enemy missiles become invisible. And, yes, she is. But this is the property of all anti-aircraft systems, whose radars provide a circular overview in azimuth. They actually form the so-called "funnel", where the aircraft falls out of sight. On the available records, it can be seen that Turkish UAVs strike precisely from its zenith in relation to the SAM system. But this is not a problem personally of the "Shell", supposedly "krivoruko" made by the Russians.

This problem is solved through the combat training of calculations and the effective interaction of different anti-aircraft systems. “Shell-C1” with all its advantages is not a “wunderwaffe,” and one in the field is not a warrior. One complex should insure another, especially for the period of its recharge. It is even better if the air defense system is hiding behind medium-range air defense systems, for example, “Buk”. By the way, it was the latter that thinned the Turkish Bayraktar TB2 well.

But this requires training and combat coordination. The Syrians, trained by our instructors, lost only two anti-aircraft systems in the confrontation with the Turks, and one of them was able to be repaired and put back into operation. The unsettled Libyan army of Haftar lost seven "Shells". One was hit during transportation, the other in the hangar. The latter was generally destroyed by a missile launched from a warship. Finding themselves in more capable hands, the Russian air defense missile defense systems began to confidently shoot down the Bayraktar TB2 and Anka-S drones in Libya. In North Africa, they also “landed” two American Predator UAVs and an L-39 aircraft, destroyed dozens of missiles fired from enemy MLRS. In Syria, the “Shells” are standing in defense of the sky around the Khmeimim air base, fighting off massive attacks by drones of pro-Turkish militants. They also took part in the interception of a massive missile attack launched by the United States against our Syrian allies in 2018.

All this is a very good advertisement for the domestic air defense missile defense system, which proves its benefit in practice. It is not surprising that the “Shell” is not an aerial, but an information attack from potential competitors. So, the Patriot American air defense missile systems, having missed the shelling of cruise missiles and UAVs from the Hussites at oil fields and oil refineries in Saudi Arabia, showed themselves very ingloriously.
Ctrl Enter
Noticed oshЫbku Highlight text and press. Ctrl + Enter
We are
In Ukraine, for the first time showed a Turkish attack drone in action
Defense Express: Russian tank Armata has Ukrainian roots
Reporterin Yandex News
Read Reporterin Google News
16 comments
Information
Dear reader, to leave comments on the publication, you must sign in.