Demanding Russia to abandon the Petrel or Poseidon, the US is preparing for war 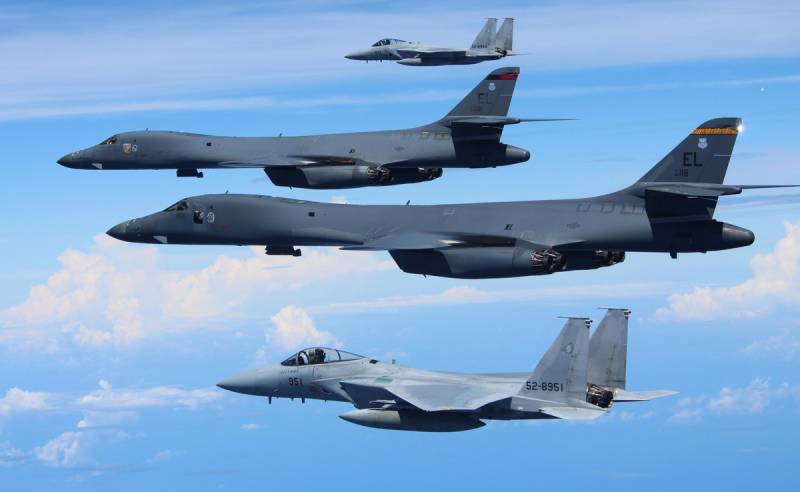 Recently published by the Appropriations Committee of the House of Representatives of the US Congress, the country's draft defense budget for the next fiscal year 2021 was already called by many "the estimate of the Democratic Party's war against Donald Trump." What is characteristic, the only desire to abruptly “annoy” the current owner of the White House was also seen in this document by some domestic experts.


Nevertheless, behind the American election campaign political clans there are clearly visible those things that should cause concern specifically in Russia, and very deep and pushing for an immediate reaction.

As you like - if only not according to Trump

No doubt, many of the provisions of the next budget estimate for military spending in the United States are perplexing and clearly constitute “stones in the garden” of the incumbent president. First of all, we are talking about a whole billion dollars, which is proposed to be spent on the renaming of various military facilities (US Army bases and others), which to this day continue to bear the names of commanders and other figures of the Southern Confederation during the American Civil War. That is - "damned slave owners." Firstly, this initiative of congressmen, sustained in the best spirit of “decommunization” inseparable twists, smacks of elementary foolishness from the point of view of economics: there’s nothing more now, in the most severe crisis in the country, to spend money! Secondly, it directly contradicts the statement by Donald Trump that he considers such undertakings unacceptable and will immediately veto the military budget if the allocation to replace the plates on the gates of bases such as Fort Bragg or Fort Robert Lee is inscribed there.

Another presidential initiative - the establishment of control over oil-bearing regions and black gold producing wells in Syria and Iraq (supposedly to protect them from possible capture by ISIL underelicated militants), lawmakers are also determined to "put under the knife" - the Pentagon will be strictly forbidden to spend for such purposes, even a broken cent. That, however, in no case should be considered a manifestation on the part of Washington of intentions to get out of these regions - it is proposed to allocate $ 700 million for "training of irregular armed formations" in these countries. In fact, to support local militants pleasing to the United States.

Another “beloved offspring” of Trump came under attack - a project to build a wall on a cordon with neighboring Mexico. Congressmen not only intend to prohibit spending at least a dollar from the funds allocated for military needs for the construction of this structure, but they also intend to demand the return of funds that were still unspent and redirected there from the Pentagon 2020 budget. In addition, the president wants to be deprived of the right to make decisions on the transfer of US troops to the local border. The basis of these initiatives is, in addition to the desire to once again “ride” the head of the White House, also the desire to please potential voters with Latin American roots, the number of which in the electorate of the Democratic Party is quite impressive. However, in all the ideas from the US Congress, even those that at first glance can be taken almost as “peace initiatives,” one can clearly see the “double bottom”. For example, they propose to abandon the test of nuclear weapons. If there is "there will be no emergency." However, it is completely incomprehensible - who will determine such a need?

All this is part of the “double game” that Washington is trying to play today with the whole world, but, above all, with Russia and China. Most recently, the US President’s Special Envoy for Arms Control Marshall Billingsley again announced that negotiations were about to begin “with a view to concluding a new strategic arms reduction treaty.” At the same time, Mr. Billingsley once again emphasized the need for "participation in this discussion" of China. It is difficult to assume that such a high-ranking White House official was not familiar with the statement made by Beijing (specifically, the director of the arms control department of the Ministry of Foreign Affairs of the People's Republic of China Fu Tsong) that there would be no talk until the United States reduced its own nuclear arsenal to the size of the Chinese. That is - never ... Therefore, all the talks Billingsley announced are pure bluffs.

What Russia should think about

The United States Military Budget for 2021 - in no case can be considered anything other than a program of preparation for maintaining the position of the "world gendarme" and even more active opposition to all those who oppose this state of affairs. First of all, the expenses for the Pentagon’s needs have once again been increased and should reach 695 billion dollars almost. This is 1,3 billion more than this year’s appropriation, and by the way, 3,7 billion more than the amount originally requested by the US government for this purpose. It is planned to increase the personnel of the army (up to 1 million 350-odd thousand people), as well as the reserve of military personnel, which should exceed 800 thousand people. All this horde in uniform are planning to increase wages by 3%. Given the above figures, the amount of "output" will not be very small. The Pentagon is going to release more than 140 billion to buy new weapons.

Particular attention in the list of future acquisitions should be paid to the sharply increased (almost up to a hundred) number of F-35 multi-role fighters and to the implementation of measures aimed at sharply increasing the offensive power of the US Navy. In addition to laying the first nuclear submarine of the new Columbia class next year, it is planned to increase its strength with a couple more attack submarines and two missile destroyers. It is not known what kind of "atomic tests" they were going to ban in Congress, but at the same time, its members intend to allocate to the Pentagon for research programs, which include primarily the development of new weapons, about 105 billion dollars. The priority is “hypersound”, new missiles and other nuclear weapons delivery vehicles, as well as space programs, which are by no means peaceful in nature.

Demanding that Russia "abandon" the same "Petrel" or "Poseidon", Washington spares no effort or money to catch up and, if possible, outstrip our developments in these areas. However, this is also not all. Serious concern cannot but be caused by the intentions of the United States to once again increase the volume of military aid to Ukraine - from $ 250 to $ 275 million next year. Tellingly, these appropriations should be spent not only on the purchase of weapons (of course, American) and "training of the Ukrainian armed forces in accordance with NATO standards", but also on the provision of "non-leveraged" US "intelligence assistance". As you can see, whoever determines the military policy of the United States - Republicans, Democrats, the essence remains unchanged: they intend to continue to turn Ukraine into an outpost of anti-Russian actions, both espionage and provocative, and, quite possibly in some foreseeable future - a very real war ... It is not for nothing that the Pentagon representatives not so long ago mentioned this particular country as "standing on the forefront of the confrontation with Russia." In my opinion, there is nowhere more frankly.

The fact that the fears regarding the aggressive plans of the United States regarding our country can in no way be considered an empty reinsurance is evidenced by some other figures related to the military expenditures planned by this state. Thus, within the framework of the budget we are discussing, it is planned to allocate more than $ 130 million for the speedy restoration and operational readiness for deployment of American combat aircraft of the Campia-Turziy air force base in Romania. At the same time, the fact that the forces and means deployed at this military facility will be aimed primarily against the grouping of the Russian Armed Forces in Crimea is not at all hidden. At the same time, one should not forget that this year Romania (for the first time in the post-war period) classified Russia among the “hostile states” in its own defense doctrine. There is no doubt that the United States will not have problems with deploying its strike aviation group (including those equipped with nuclear weapons) in this country.

In addition, serious amounts (albeit in slightly smaller amounts, 59 and 61 million dollars, respectively) should be allocated by the same financial document for urgent modernization of the air bases in Spain and Germany for the needs of the US Air Force. What can the Pentagon’s desire to build up its own “air fist” in Europe, and, moreover, bring its deployment as close as possible to the borders of our homeland, testify to? The question is perhaps a rhetorical one. However, the answer to it to a certain extent can be considered the speech of the head of the military department of the United States, Mark Esper, which marked the first anniversary of his tenure. Speaking to subordinates, the head of the Pentagon said that, in his opinion, the department "for the reporting period" had successfully managed to cope with the main task: "deterring aggressive rogue countries." What is characteristic, listing the "adversaries", Mr. Esper, among the "outcasts", in addition to the traditionally attributed to them Iran and North Korea, also named Russia and China! Having made a reservation that these states are “no different” from those with which they sleep and see in Washington to “deal” with the help of military force.

American politicians can divide power as much as they like, arrange “showdowns” among themselves, renaming military bases, building or breaking walls on the Mexican border, however, the course for the most severe confrontation with our country will remain unchanged for the United States with any internal agenda. It will not be different until this state disappears from the political map of the world or passes through systemic “reformatting”. Russia is hardly worth hoping for something like this in the near foreseeable future. It would be wiser to prepare for a further tightening of the confrontation.
Reporterin Yandex News
Reporterin Yandex Zen
5 comments
Information
Dear reader, to leave comments on the publication, you must sign in.