Russia has returned to the Middle East: what are the goals of Moscow 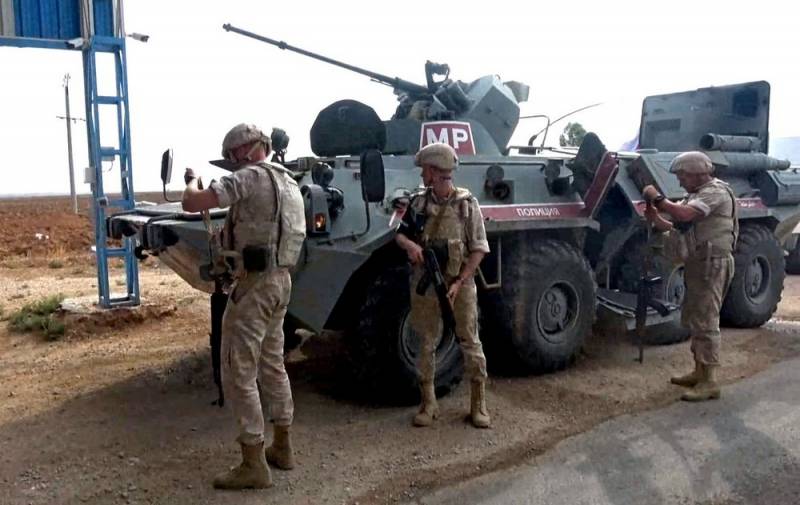 Russia has returned to the Middle East. Moscow helped Damascus regain control of most of its territory. Fighters of one well-known PMC and "unknown aircraft" act on the side of the LNA Field Marshal Haftar. Arms supplies are increasing for Egypt, which is about to mingle with Turkey in Libya. What are the goals of the Kremlin?


The Middle East has always been a very hectic place. Today the situation there is quickly warming up; the air smells distinctly of a new regional war. Despite the truce reached in Syria, the conflict is far from over. Damascus insists that the invaders, Turks and Americans, get out of the north and east of his country. Too many external players are interested in the war in the SAR to start again. Some Arab countries believe that this will divert Ankara's attention from Libya.

In addition, an undeclared war between Israel and Iran is ongoing in Syria. Tehran is trying to push its military infrastructure closer to the border of the Jewish state, to which he responds with regular air raids and sabotage. From the latter, an explosion at one of the strategic sites of the Iranian nuclear program, which is attributed to the Israeli special services, received a great response. Apparently, in Tel Aviv they considered that the dangerous neighbor came too close to getting his own nuclear arsenal. It is worth mentioning about the regular exacerbations between the Iranian and American military. Tehran did not forget the assassination of General Kassem Suleimani and did not forgive.

Libya is the topic of a separate big conversation. Because of this small, but extremely rich in hydrocarbons and geographically conveniently located country, many states are ready to fight, including even “NATO allies”. The initiative was seized by President Erdogan, who signed an agreement on military cooperation and the division of a resource-rich shelf in the Eastern Mediterranean Sea with the Government of National Accord Faiz Saraj. We are ready to fight for control of this virtually destroyed and fragmented North African country, on the one hand, Turkey and Qatar, on the other hand, Egypt, the United Arab Emirates, Saudi Arabia, France and Russia. To this it is worth adding that the prospect of a military conflict with Ethiopia also looms before Egypt.

It turns out a very explosive mixture, which is catalyzed by the coronavirus pandemic, a drop in hydrocarbon prices and an increasing global economic a crisis that pushes yesterday’s allies and partners to solve their problems at the expense of others. What is the place of Russia in this regional situation?

Frankly speaking, we cannot claim the role of “hegemon” today. Nevertheless, our country has certain interests in the Middle East and Africa that we must uphold. Having come to the aid of Damascus, the Kremlin not only fulfilled its allied duty under the Soviet treaty, but also made its own contribution to preventing the project of a competing gas pipeline from Qatar to Europe. Today in Syria, the Russian Defense Ministry received several military bases at once. Domestic big business will clearly be able to earn extra money on the post-war reconstruction of this country. Russia prudently does not go into a showdown between Israel and Iran.

Moscow has its own interest in distant Libya. In addition to participating in the production and export of hydrocarbons, Russian Railways may return to the construction of a railway in this country. But, perhaps, it will be even more important to indirectly participate in pacifying Turkey’s geopolitical ambitions. Ankara clearly headed for the gradual restoration of the Ottoman Empire, about which we are in detail told on the eve. Having gained a foothold in Libya, the Turks can extend their influence to neighboring countries of the region, formerly the possessions of the Great Port. Moscow does not directly fight Ankara, but undoubtedly supports its opponents. At the same time, it also turns out to earn extra money on arms deliveries. For example, Egypt, which is the antagonist of Turkey in North Africa, has signed a contract for five hundred Russian tanks.

It turns out that in the Eastern Mediterranean the interests of two former empires collided at once - the Ottoman and Russian. In a certain sense, both our countries want historical revenge for the collapse and subsequent humiliation. Let's see who gets it better.
Ctrl Enter
Noticed oshЫbku Highlight text and press. Ctrl + Enter
We are
"Unknown Aviation" began to fight with the Turks in Libya
Ten "defeats" of Putin
Reporterin Yandex News
Read Reporterin Google News
11 comments
Information
Dear reader, to leave comments on the publication, you must sign in.