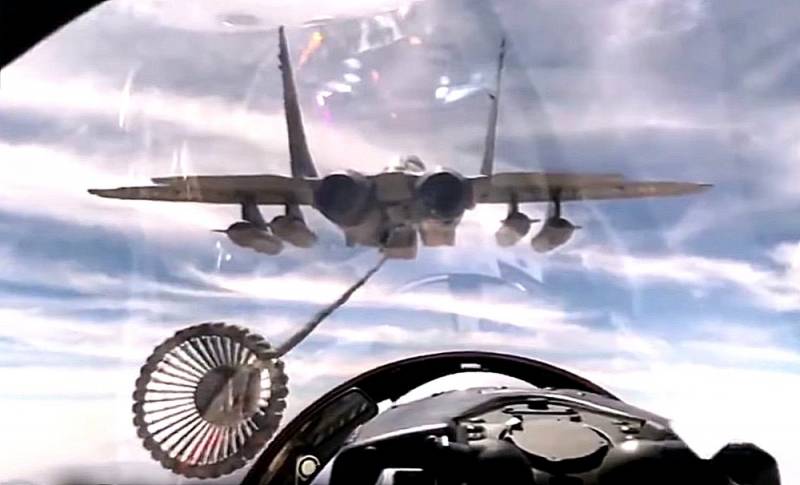 Egyptian pilots demonstrated piloting skills of MiG-29M2 fighters, including refueling in the air. This indicates that they are preparing for long-haul flights, writes RT Arabic.


On July 9, 2020, during the Hasm 2020 maneuvers, Egyptian fighters supplied each other with fuel in the sky. For pilots, such a refueling is called "from friend to friend." The corresponding video is posted on the Web.

Typically, a large tanker is engaged in the supply, but this time outboard fuel tanks were used with a hose fixed under the fighter’s “belly”. In addition, the aircraft, performing the function of a refueling tank, had four additional PTBs under the wings.

A similar system is used to carry out operational tasks at a great distance from its bases in case of difficulties with the use of large tanker aircraft. Large air tankers need to be guarded, they have much lower maneuverability and speed than fighter jets, and can also become the most likely target for enemy air defense. Therefore, the use of one in a group of fighters, in the form of a small tanker, solves many problems.


Naturally, using such a method it is impossible to stock up on fuel as much as a specialized tanker allows. However, they will be enough for the operation in Libya.
Reporterin Yandex News
Reporterin Yandex Zen
1 comment
Information
Dear reader, to leave comments on the publication, you must sign in.