The legendary Mi-8: how the Russian helicopter became the most popular in the world 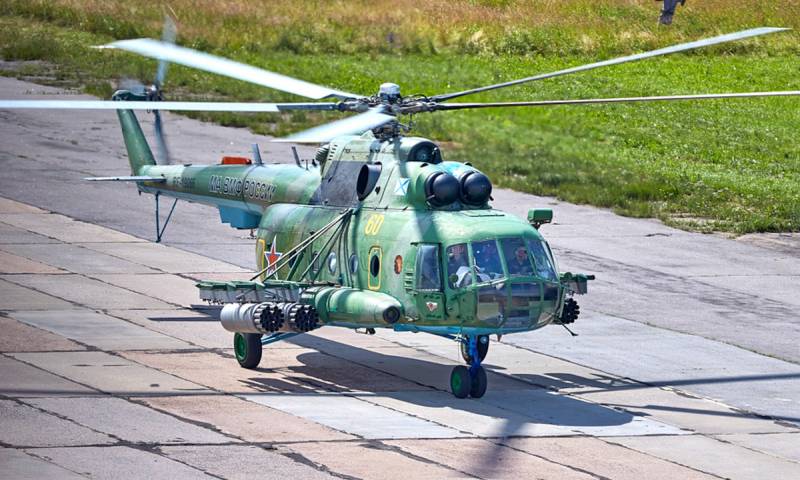 In 1959, the brilliant Soviet designer M.L. Mil received an order to develop a new device, which later became the most popular and popular rotorcraft in the world. We are talking about the legendary helicopter, called the Mi-8.


It is worth noting that the device did not become a fundamentally new development. The future machine was based on the heavy Mi-6, reduced to the size of a single-engine Mi-4.

However, already at the stage of preliminary designing, it became clear that the brainchild of Mil would become something unique. Therefore, even in the initial stages, Aeroflot made an order for several dozen machines, and they decided to build a non-existent helicopter in several versions at once.

Later, when the military found out about the development of Mil, the model range of the Mi-8 was replenished: transport, army armed and naval anti-submarine helicopters.

The main difference between the G4 and its prototype Mi-1962 was the presence of two engines. The first hang of a new two-unit machine was performed in XNUMX. This date became the official birthday of the legendary device.

In 1963, the Mi-8 began to pass state tests. And even after all the commission members were delighted with the new car, Mikhail Mil continued to work on improving his brainchild.

In particular, the engine synchronization mechanism has been improved, which has reduced the rotor vibration. In addition, an emergency mode of operation on one engine was developed if the second fails. The army machine received sliding doors and mounts for machine guns.

In 1965, the fifth version of the Mi-8 took off, which, in fact, was the very legendary helicopter that the whole world knows about today.

The next significant step in the “evolution” of the machine was the army version of the Mi-8 TV, which was distinguished by enhanced firepower and adopted for service in 1971. This device turned out to be so successful that NATO countries had to not only recognize its strengths, but also conclude contracts for the purchase of a unique helicopter.

It should be noted that the domestic Mi-8 became famous not only as a military helicopter. Since the serial production of the machine, about 130 modifications have been created and more than 13 thousand cars have been produced, which is an absolute record for the industry.

Despite the fact that the Mi-8 is still in great demand from foreign customers, and the plants are loaded 2 years ahead, the improvement of the legendary machine does not stop.

So, the cost center. Mile today is assembling the first modernized version of the Mi-171A2. A total of 80 innovations are foreseen, including the replacement of avionics and the use of composite materials. This device is based on the Mi-171 and should be a worthy continuation of the development of the entire Mi-8 family.