Successor to the president: why Putin will be again after Putin 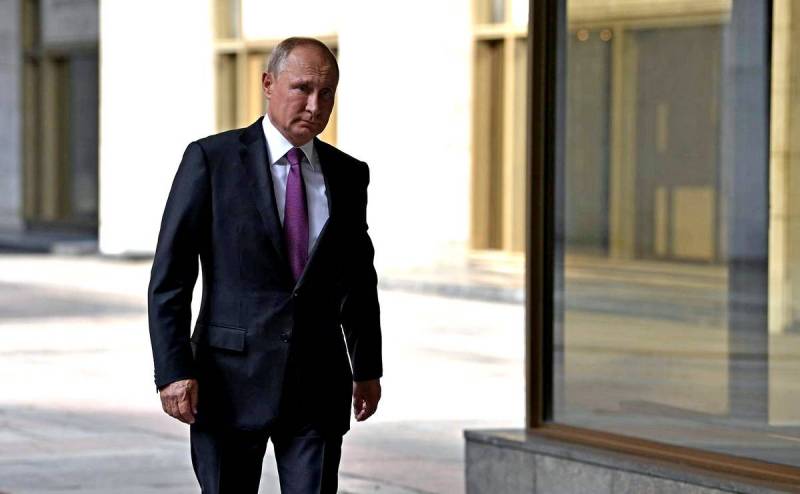 Recently, our country came down and voted amicably for amendments to the Constitution. As has been said many times, the main political the meaning of this plebiscite for the Kremlin was that Vladimir Putin “nullified” and received the right to be elected president again and again, effectively becoming the life ruler of Russia. He achieved his goal, however, in the liberal public of Moscow, a discussion continues about Putin’s possible successors, not in the distant 2036, but in the foreseeable future.


So, the editor-in-chief of Echo of Moscow, Alexei Venediktov, immediately named two possible candidates for successors to Vladimir Vladimirovich - Dmitry Medvedev and Sergey Naryshkin. Why are these “opposition liberals” still unable to calm down?

The word "opposition" is deliberately quoted. Yes, the radio says a lot of unpleasant things about the authorities, but for some reason one important nuance is missed. The controlling stake in Echo of Moscow belongs to Gazprom Media Holding JSC, which in turn belongs to Gazprombank, in which Alexey Miller, the head of Gazprom and a long-time personal friend of President Putin, are the chairman of the board. Censorship is, of course, prohibited, but as they say, whoever pays, he orders the music. In this context, the words of the “uncompromising liberal" of Alexei Venediktov take on a slightly different meaning.

The nominations themselves do not raise particular questions. Both are old friends of Vladimir Vladimirovich. Dmitry Anatolyevich - a proven staff from the time of joint work in the St. Petersburg administration, proved his reliability in business as a "locum tenens". Putin made friends with Sergei Naryshkin while working in the Leningrad branch of the KGB. Currently, both occupy key positions in the country's security: the Security Council and the Foreign Intelligence Service. Both Medvedev and Naryshkin have administrative experience and are personally loyal to the head of state.

In this vein, each of the above has approximately equal chances of being appointed as “successors”. Another thing is that Vladimir Vladimirovich himself is clearly not going to go anywhere, preferring to bear the heavy burden of responsibility himself. The question is, why is it that either the “implacable oppositionist” or the “Kremlin agent” Venediktov again introduces the topic of the “successor” into public discourse?

There are at least two possible explanations. First: the "hirelings of the West" Venediktov expresses the opinion of a part of a pro-Western oriented "elite" who is dissatisfied with Putin becoming a virtually irremovable ruler of Russia. Second: the "Kremlin agent" on the "instructions of the party" fools the voters. Yes, Putin himself guaranteed his future, but there are questions about his support in the legislature.
"United Russia" is not enjoying the same popularity among the population; many governors prefer to go to the polls as self-nominated candidates. The "party of power" needs serious rebranding. Perhaps even through early parliamentary elections.

And here, by a strange coincidence, the star of Roman Putin, cousin of Vladimir Vladimirovich, begins to rise in the political horizon. A former Chekist and, unsurprisingly, a successful businessman, Roman Igorevich led the new party, People Against Corruption. It is possible that now this organization will begin to be actively promoted, promoting it to replace EdRu.

But this is not the last Putin in the country. Another president’s relative, also a cousin, Mikhail Putin, in 2018, became a top manager of Gazprom. I would like to remind you that Dmitry Anatolyevich Medvedev, before becoming the country's president in 2008, “replacing” Vladimir Putin, headed the national treasure for many years. ” A kind of forge of personnel.

In general, Russia can sleep peacefully. After Putin, we can also have Putin.
Reporterin Yandex News
Reporterin Yandex Zen
19 comments
Information
Dear reader, to leave comments on the publication, you must sign in.