Railgun: future "god of war" or the salvation of mankind? 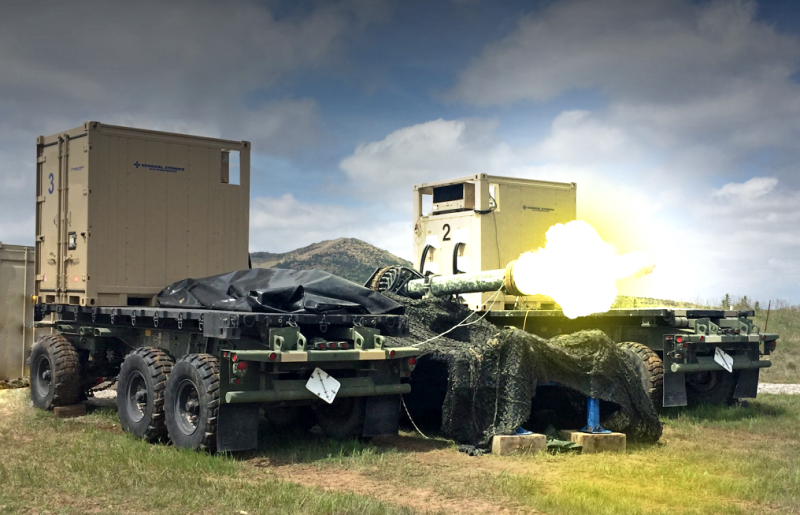 Artillery, as you know, is the “god of war”, but the railgun has every chance of becoming a weapon, which in its destructive power will be considered second after nuclear.


For the first time, the concept of an electric apparatus for dispersing a projectile was proposed by the French inventor Andre Viepli back in 1917. The development consisted of two copper rails placed inside the muzzle barrel over which coils of wire were hung. Despite testing innovative weapons in the same year, the project was eventually abandoned by the French government.

The undeniable advantage of the railgun is the speed of fire. So, if an ordinary powder shell can theoretically accelerate to 2,5 km / s, then the damaging element of the electric gun, again in theory, is unlimited in anything. Today, her projectile speed reaches 10 km / s.

The principle of the "weapons of the future" is extremely simple. Two parallel rails act as electrodes. The accelerated shell is also a conductor and is located between them. As a result, the Lawrence force turns electric energy into kinetic energy, pushing the damaging element with hypersonic speed.

It would seem an ideal weapon. But the railgun has several drawbacks. In particular, he is very "gluttonous" in terms of electricity. In addition, a material with maximum conductivity is needed to make the projectile. Otherwise, the latter will simply “evaporate” even before exiting the trunk.

However, various countries do not abandon attempts to solve the above problems and get at their disposal a “superweapon”. Today, the United States leads the race. So, General Atomics has already tested the Blitzer artillery railgun. The electricity needed to fire the shot is stored in special batteries of ultrafast capacitors. It is estimated that the hit of such a shell weighing 18-20 kg in an aircraft carrier will produce the effect of a nuclear strike. But at this stage, the ammunition for the Blitzer is much smaller.

There are also developments in Russia. Domestic engineers were able to create a railgun with a barrel length of 2 meters. At the same time used in the project technology allows you to get muzzle speeds higher than American.

Another promising holder of the railgun is China. However, China is still in the early stages of development.

There is no doubt that the electromagnetic gun will “get life” soon. But, fortunately, not all countries intend to use it as a weapon against humans. In particular, the scientific community proposes to use the railgun to save our planet from asteroids and comets.

Ctrl Enter
Noticed oshЫbku Highlight text and press. Ctrl + Enter
We are
The main anti-Soviet myths about the Civil War
What was real Stalin and what good did he do for Russia?
Reporterin Yandex News
Read Reporterin Google News
3 comments
Information
Dear reader, to leave comments on the publication, you must sign in.