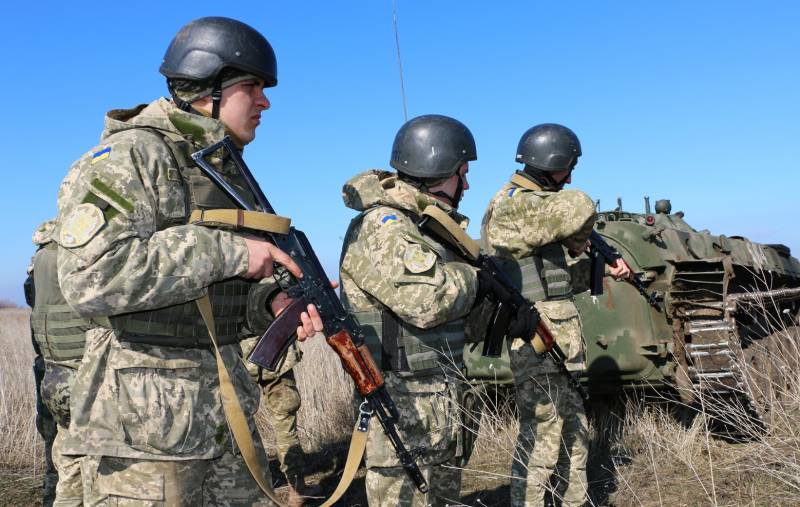 Ukraine is again going to fight with Russia. "Comical" Rear Admiral Aleksey Neizhpapa, the new head of the Navy, said that Nezalezhnaya was preparing to "recapture the Crimea," despite heavy losses among "its soldiers and civilians." There is no doubt about the latter, but the realism of these Napoleonic plans raises questions.


Here is what Neijpapa told:

We are preparing. I can’t tell you everything, but here's a small fact. The range of the Neptune missile system allows it to be used from mainland Ukraine on approaches to Sevastopol.
Yes, RCC Neptune is theoretically capable of finishing off to Sevastopol, and even to Novorossiysk, our second naval base. It is not worth minimizing the capabilities of this anti-ship missile, however, there are big problems with the practical use of this Ukrainian “wunderwaffe,” about which we detail told earlier. Everything else does not stand up to criticism.

Due to the virtual absence of the Navy, the main direction of land attack in Crimea will be the Perekop Isthmus. The Armed Forces of Ukraine will need to somehow achieve superiority in the air, to suppress the Russian air defense systems and aviation. It is also necessary to neutralize the Russian Black Sea Fleet, then break into the Crimea in tanks and head to the hero city of Sevastopol, hoisting yellow-blue flags everywhere, shooting at everyone who meets the “liberators” without flowers, reinforcing the cutest Crimeans and guests of the resort peninsula, and after hanging on the lampposts of the Russian Spring 2014 activists.

This is all, of course, jokes, since reality does not favor such scenarios. In military science, the ratio of advancing to the defenders is considered to be 3 to 1, and preferably 5 to 1. The Russian group in Crimea is estimated at 30-35 thousand people. That is, the APU shock fist should number from 90 to 150-odd thousand. At the same time, for some reason, the remaining troops of the Russian Defense Ministry, located in the neighboring Krasnodar Territory, as well as on the eastern border of Nezalezhnaya, are not counted. Having launched an attack on the Crimea, Kiev will have to somehow defend the entire length of its border with Russia, and do not forget about the Armed Forces and the People’s Police of the DPR and LPR, which can go on the offensive at the same time as cutting off the Russian army.

That is, Ukraine must have a combat-ready and motivated army of at least three hundred thousand people. This alone is a huge problem for the impoverished Independent. And also the APU must be very well armed in order to somehow achieve air superiority and neutralize the Russian Black Sea Fleet. 120 Russian combat aircraft and 62 helicopters are deployed on the peninsula, but their number can be increased by a factor if necessary. It is estimated that for the dominance of the Ukrainian Air Force, about 800 aircraft with trained crews will be needed. But where do they come from?

To destroy the Russian fleet in Sevastopol, the Armed Forces of Ukraine will need the Neptune anti-ship missile divisions with the cover of mobile air defense systems, dozens of anti-submarine and landing ships, missile boats. What is the deplorable state of the ChMFU is widely known. And this whole grouping needs to be created, armed, and large-scale exercises to be conducted on their combat coordination, and then, somehow imperceptibly brought to given positions. At the same time, the RF Ministry of Defense should stubbornly look somewhere to the side.

In general, Kiev’s own efforts to do this are simply unrealistic. Another question is if NATO countries come to help him. But here the deterrent from the idea of ​​repeating the “Crimean War of 1853-1856” as part of the international coalition is Russia's nuclear arsenal, which can be used at decision centers. The bottom line is an empty “for hype” boltology from Admiral Neizhpapa. Ukraine is simply not capable of a full-scale war for the Crimea.

But you shouldn’t completely dismiss his words. The same "Neptune" or the Azov flotilla of the Navy can be used for dangerous provocations against the Crimean bridge.
Reporterin Yandex News
Reporterin Yandex Zen
17 comments
Information
Dear reader, to leave comments on the publication, you must sign in.