The worse, the better: Why Western sanctions made Russia stronger 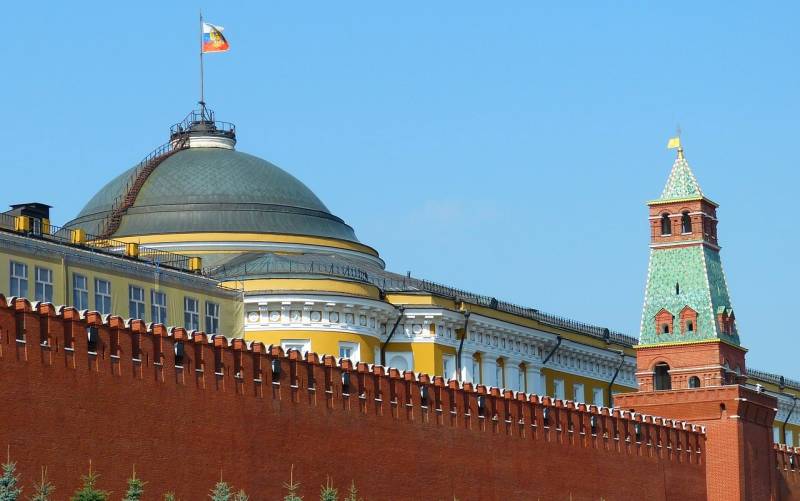 While some in the West continue to stubbornly exaggerate the theme of “irreparable damage” allegedly inflicted by the domestic the economy the coronavirus pandemic and the fall in oil prices on world markets, from a country that is quite difficult to rank among our friends, a calm and balanced opinion suddenly sounded. They believe that it is precisely Russia, under conditions of a “coronacrisis” that is increasingly embracing the planet today, that it feels more confident and stands on its feet more than many states that were considered “developed” and rich before 2020.


Moreover, she should give thanks for this to the West, which in recent years has made considerable efforts to ensure that, “punishing” our country with various restrictions, if not ruin, then at least weaken its economy. That's just the effect at the same time was achieved directly opposite the desired ...

“Sanctions only strengthened the Russians!”

To begin with, let’s call, finally, the one who made such a “seditious” statement that runs counter to the numerous attempts of Western “analysts” and the media to present our country almost “agonizing” because of the consequences that hit its economy and social sphere real test. This is Yusuke Otsubo, for more than 10 years, not only the acting director in charge of foreign investment of financial holding United Managers Japan Inc., but also being the general partner of this company. Moreover, Mr. Otsubo is considered one of the leading finance experts in emerging economies. And one more thing - Russia, unlike many colleagues, this analyst knows firsthand. For three years (from 1997 to 2000) he stayed in our country as the first secretary of the Japanese embassy. So, there is no obvious reason to be skeptical or distrustful of his opinion. What does the Otsubo article recently published in the Japanese edition of JB Press say?

The main thesis of the speech is that despite the fact that today Russia is in third place in the list of countries with the highest number of cases of coronavirus infection, despite the sharp and deep drop in energy prices and more than two-month quarantine, its economy has survived and is in much better condition. than this could be expected "according to the laws of the genre." Interestingly, Mr. Otsubo cites two points as the main evidence for this thesis: hydrocarbon exports from our country did not stop, despite their depreciation (therefore, it turned out to be not so fatal), and ... “Russia avoided a situation in which forced to give up part of their territories. ” Here is the last in my opinion - the most interesting.

It is not entirely clear what exactly this is about, whether it is the “Kuril problem”, which is traditionally a “sore point” for almost every Japanese, or, let’s say, Moscow’s ability to get away from most of the Western economic sanctions by donating Crimea? However, in this case it is not so important. Much more intriguing is the fact that, judging by Mr. Otsubo’s reservation, it seems that a similar version of the development of events was very seriously considered by some in the West. However, nothing like this happened - according to the Japanese financier, gloomy forecasts of the same Organization for Economic Cooperation and Development or IMF analysts, who predicted our country from 6.6% to 10% fall in GDP by the end of this year, are very far from reality.

Yes, a sharp decline in oil prices "slowed the growth of the Russian economy", but in no case brought it down. Otsubo concludes: it turns out that all the talk that Russia is "sitting on an oil needle" is a myth. Otherwise, in his opinion, inflation, which is today at the level of 3% -4% (according to some official figures, even lower), and other macroeconomic indicators would have a completely different meaning! In the firm conviction of the Japanese financier, the very “draconian”, “infernal” and other sanctions that were introduced against her in 2014 after the reunification helped our country to create “powerful mechanisms and effective know-how to deal with crisis phenomena” Crimea. As a result, Russia, not in word but in deed, has developed an import substitution strategy. In particular, Otsubo’s admiration is caused by the upsurge of the Russian agro-industrial complex following the sanctions strike, which has turned it into a “highly developed agricultural state.” Be that as it may, the analyst concludes that the balance of payments of Russia could become scarce and its financial situation is shaken, “there can be no question”.

The worse, the better?

It all sounds damn nice and inspiring. But all of a sudden all the praises quoted above are just an empty praise? I will make a reservation right away - this is extremely unlikely if only because financial analysts of the Yusuke Otsubo level, each word of which costs quite specific (and, believe me, quite considerable) money, value their name and opinion and do not talk anyhow. This is not Ukrainian policy... But in order to be absolutely certain that the thesis that the Kremlin has really learned to benefit from the sanctions imposed against the country is absolutely true, let us consider at least one specific example on this topic. Incidentally, he is mentioned in an Otsubo article ... This is about restrictions introduced by the United States in the last days of June on deliveries to a number of countries (not only to Russia, but also to China, Venezuela, Iraq, Belarus, Armenia, Azerbaijan, Kazakhstan and even to Ukraine) of any high-tech products, which, even purely theoretically, "can be used for military purposes and the needs of the army."

In fact, this means that from now on, without the verification by the Bureau of Industry and Security (BIS) and the subsequent receipt of an appropriate license from the US Department of Commerce (which procedure is very difficult and lengthy), no American company can deliver to Russia (stop at in this case in our country) not a single product that could hypothetically be in the hands of our "siloviks". And above all, of course, under the most severe ban all products of “high of technologies"- computers, other semiconductor devices, communications, telecommunications equipment and the like. Licensed programs, including the most common Microsoft Windows, also, incidentally, concerns ...

It is clear that such really “draconian” (and obviously far-fetched, well, that's not the point) restrictive measures certainly do not promise us anything good. And what does the country's leadership answer to them? A direct and, it must be acknowledged, absolutely correct reaction in this case can be considered the statement of the President of Russia Vladimir Putin made during his appeal to the Russians on June 23, 2020 about an unprecedented, unprecedented, unprecedented reduction in the tax burden for the entire domestic IT sphere. The insurance premium for them is supposed to be reduced from the current 14% to 7.6%, moreover, not for some specific time, but indefinitely and forever! However, this rather intriguing proposal fades before the head of state’s intention to lower the profit tax for IT people (now it is 20%), but not by half, but almost ten times at once - up to 3%.

Moreover, most likely, software developers will be able to count on generous subsidies and other significant preferences for their activities in the future. It should be noted that such a "tax haven" for enterprises and companies specializing in IT technologies does not exist, as far as is known, nowhere else in the world. Even in those who are considered to be a "paradise" for "IT people" and who are intensely attracting representatives of this sphere from India and Ireland, where the income tax is, respectively, from 22% to 15% in the first case and from 25% to 12.5% ​​in the second. Perhaps it would be naive to expect that after that Russia would immediately turn into a world center for the development of “high” technologies, quickly “leaving behind the flag” the famous “Silicon Valley” and other western competitors. Although ... Do not forget that in the 50s of the last century in the creation and development of then barely emerging computer technology, the USSR competed with the United States more than successfully.

In any case, we see the real steps of the country's leadership in order to turn the next “run over” of the Americans, which is clearly aimed at causing significant damage to our economy, scientific and military potential, into an opportunity for a new “breakthrough” in development. Citing this example in his article as a manifestation of “the ability of the Russian leader in stimulating the national economy,” Yusuke Otsubo ends it in a very specific way. Namely - the specific financial advice that he gives to his readers. And this advice consists in recommending, without long doubts, invest in federal loan bonds of Russia! You must admit that a world-famous financial analyst would probably not make such statements without weighing all the pros and cons in the most thorough way.

As a matter of fact, it is precisely this - balanced and responsible - that distinguishes the assessments that give professionals the current economic situation in Russia. Not only Otsuba, but, for example, his colleagues from a similar financial holding company, the Swiss UBS Group AG, who also highly appreciate both the level of stability of the Russian national currency and the whole range of measures taken in the country to support the economy. Against this background, panic and obviously far-fetched “forecasts” that, from the spring of this year to the present, are filled with many Western media do not look very reliable.

It should be noted that American publications like Forbes or The Wall Street Journal are especially active in this area, trying to succeed in portraying the apocalyptic paintings of Russia “caught on the economic bottom”, which is almost on the verge of devastation and famine. What is the bottom, gentlemen ?! And do you, with your projected drop in GDP of at least 6–7% (in the USA) and 8–9% in the European Union, with unemployment rising to the level of the Great Depression, “feel sorry” for us, quietly hoping for the worst? Any tests make Russia only stronger — when will you finally understand this ?!
Ctrl Enter
Noticed oshЫbku Highlight text and press. Ctrl + Enter
We are
What has changed the coronavirus in the world or the non-medical results of the pandemic
US Global Economy: An End That Sneaks Noticeably
Reporterin Yandex News
Read Reporterin Google News
7 comments
Information
Dear reader, to leave comments on the publication, you must sign in.