Abnormal heat and fires in Russia: nature is preparing to take revenge 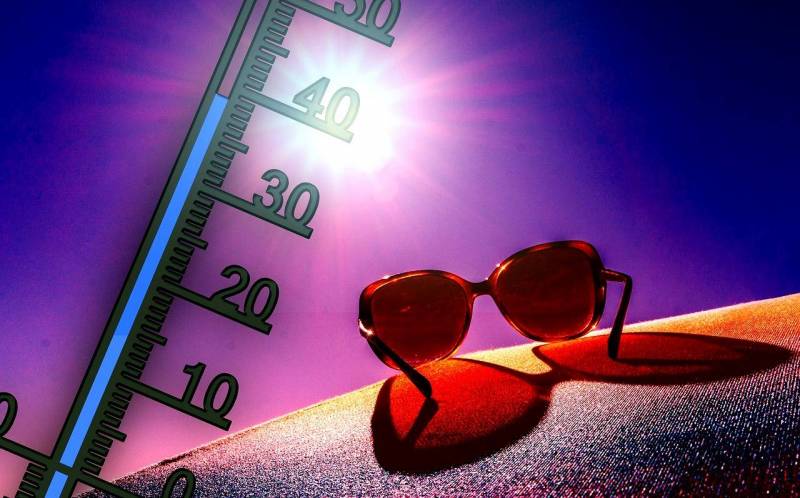 Meteorologists again threaten abnormal heat. The hydrometeocenter warns of the arrival of abnormal temperatures and increased fire hazard in the European part of Russia, the Urals, Bashkiria, the Caucasus, Altai and Chukotka.


Let's face it, last June, weather forecasts for the "hottest summer in history" has not yet been justified. In the Southern Urals, for example, without an autumn jacket, it was sometimes uncomfortable to be on the street. But now nature, apparently, is ready to take revenge. This week, the Russian Federation and its capital will be covered by heat over 33 degrees Celsius. Along with high temperatures, rains and severe thunderstorms will come. The latter sharply increased the risk of forest fires. Emergencies are expected in Altai, in Bashkiria, Kemerovo, Kurgan and Chelyabinsk regions, in Chukotka, in the South and North Caucasus federal districts, where the thermometer columns will rise to more than 40 degrees.

A great danger is the combination of searing heat and thunder with lightning. So, last winter terrible fires raged in Australia, located in the opposite hemisphere. 25 people were killed, more than two and a half thousand buildings were destroyed, 6,3 million hectares of forest burned out. The main reason was a long-term drought, which is why most of the plants dried up and turned into combustible material. The real "boiling point" can be considered January 4, 2020, when the thermometers rose to 47,3 degrees Celsius.

An unusual natural phenomenon exacerbated the fire problem. Smoke led to the formation of cumulonimbus clouds, but instead of extinguishing huge conflagrations, they themselves caused new fires. Thunderstorms forming in them hit dry trees, setting fire to new areas. Here's how local weather forecasters commented:

Such thunderstorms generated by fire can increase the territory of fires due to lightning, atmospheric transport of hot coals and strong gusts of wind.
Just "heavenly punishment." I wonder which of this natural cataclysm conclusions were drawn. International environmental activists have blamed Australia for not fulfilling its obligations to reduce greenhouse gas emissions into the atmosphere under the Paris Agreement. Official Canberra rejected these insinuations, saying that there is no direct link between fires and emissions. If Australia really stops extracting resources and stops industry, it will hit it the economy and many people will lose their jobs. Here is such a demagogic substitution of concepts for "ecologists" is obtained. Indeed, fighting forest fires is necessary due to their prevention and timely suppression of foci, and for this we need a powerful Forest Guard service with sufficient funding and logistical support.

In our country, exactly the same problem: after the adoption of the Forest Code in 2007, the Federal Forest Guard Service was de facto liquidated, which had an extremely negative impact on the condition of forests and the ability to respond to fires. Many people have been talking about this problem for 13 years. We at the "Reporter" even spoke with предложением to the general public to make appropriate amendments to the Constitution of the Russian Federation and the Forest Code in the framework of a popular vote, but have not been heard.
Reporterin Yandex News
Reporterin Yandex Zen
5 comments
Information
Dear reader, to leave comments on the publication, you must sign in.