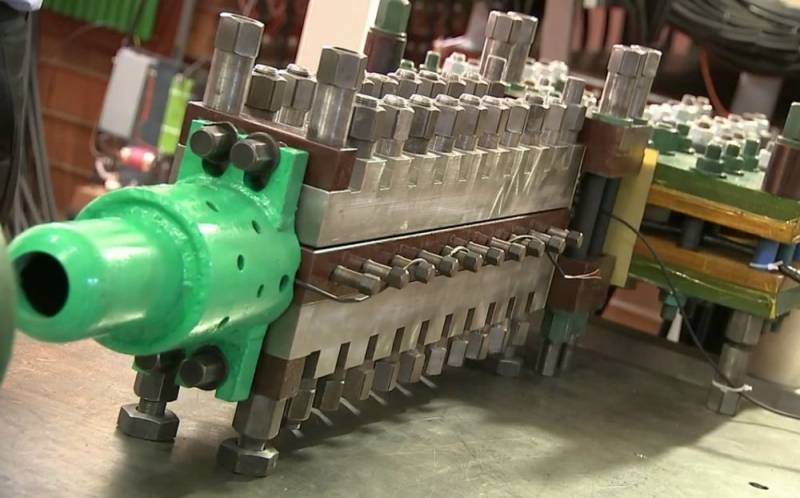 The Russian electromagnetic gun was able to fire 10 km. For four years, specialists managed to increase the effectiveness of shooting 10 times. Such information was shared with TASS two sources in the military-industrial complex of Russia.


The first source said that tests of EMP weapons in Russia have been ongoing since 2015. At the same time, the last tests at the test site were held in the spring of 2020.

The average effective range of EMI guns at aerial targets is 7-8 kilometers, the maximum is about 10
- he noted.

The second source clarified to the agency that the destruction of air targets by EMI guns at a distance of 10 km is carried out by "burning electronic components" of their on-board systems. A shot of an EMP gun propagates at the speed of light and lasts only a fraction of a second. In fact, he overtakes the target instantly (given the small distance).

Both sources explained that during the tests, the EMP guns effectively destroyed not only drones flying in the sky, but also a variety of targets placed on the ground. The main problem factor of such weapons, sources called the need to use large amounts of energy, so that mobile EMP systems in the near future will not appear.

As a damaging factor in EMI guns, electromagnetic radiation of superhigh frequency is used, called an electromagnetic "shot". Radiation from an EMP gun heats the target to very high temperatures. In the future, they plan to use EMR guns in unmanned versions of 6th generation fighters. Manned fighters will not have this type of weapon, since it can be a danger to the crew itself.
Ctrl Enter
Noticed oshЫbku Highlight text and press. Ctrl + Enter
We are
“Killer Aircraft”: the failure of the Boeing 737 Max and its consequences for Russia
What will Russia do when the ISS does not
Reporterin Yandex News
Read Reporterin Google News
5 comments
Information
Dear reader, to leave comments on the publication, you must sign in.