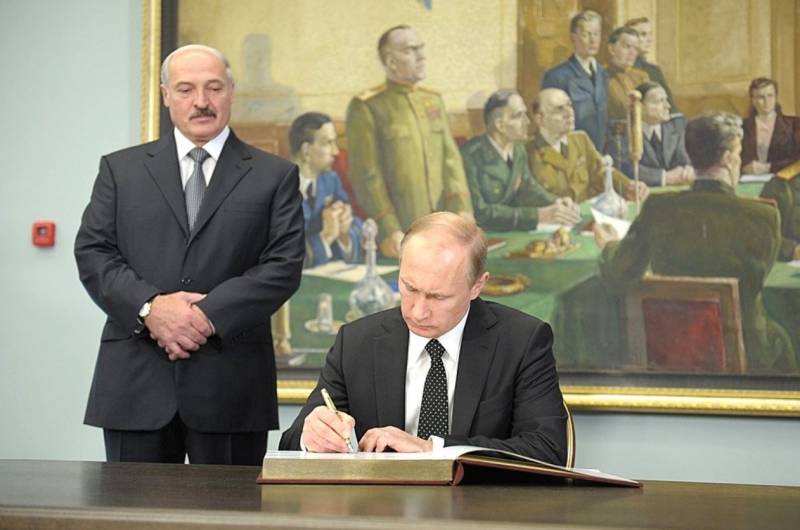 On the eve of the presidential election in Belarus, the topic of the possible unification of our two countries has again become relevant. In the fraternal republic, a group of activists came up with the idea to hold a popular referendum on this issue and calls on their Russian like-minded people. What can come of this venture in practice?


This initiative was made by Belarusian public figure Andrei Ivanov, who stated:

Belarusian patriotic forces decided to initiate a referendum for the speediest re-establishment of a single union Fatherland. Because it’s a swing on a swing: it is necessary, it is not necessary, the people want it - the people do not want it. It is necessary to show what the people want.
It sounds great, and in our country there will certainly be a mass of people, especially the older generation, who sincerely support this initiative. But for the "wedding" of Russia and Belarus, two are needed, but from the "other" side, everything is not so clear. Is unification of two fraternal peoples and countries necessary? Of course you need. And Ukraine, Kazakhstan and many other post-Soviet states should participate in this. This is beneficial both economically and militarily. Unfortunately, a lot of time wasted in vain, which is a stumbling block.

Minsk formed its own national and political elites who are not at all interested in giving Moscow part of their sovereignty and letting near-Kremlin oligarchs into their own garden. Not so unequivocally and at the level of inhabitants. Over the past quarter century, a new generation of Belarusians has grown up, who know about the USSR only from textbooks and films. The image of modern Russia is not as attractive to them as that of the neighboring EU, where the standard of living is much higher.

Numerous foreign NGOs are doing their job, brainwashing young people. Instead of “lace panties” and European-quality roads, they will receive privatization of the remnants of state property and de-industrialization, and after that they themselves will have to go to the EU “zarobitchanami” on these wonderful roads. Older people understand this, but who is listening to them?

It turns out that had a nationwide referendum been held in Belarus to unite with Russia, its results would not be so clear. This is provided that the plebiscite is initiated "from below", with the neutrality of official Minsk. If the authorities see a threat to themselves in such an undertaking and take it with hostility, then for activists it will not end in any good way.

However, the opinion of the people is, at times, an abstract and unstable value, which is influenced by calculation methods. If President Lukashenko wishes a real unification with Russia and if he initiates a referendum “from above”, then the media support will be appropriate, and a ballot box will be placed next to a glass of seeds near each garbage can. Then the plebs will need to put a cross under the answer options “Yes, not against” and “No, not against.” All this is a joke, of course, but you understand ...

But seriously, the main barrier to the integration of the two countries today is President Lukashenko, who does not want to give up a bit of his personal power. If he so desires, such a referendum can be used by Minsk precisely to ward off the Kremlin’s integration efforts. Given the “correct” submission to the media, the idea of ​​unification can cause persistent rejection by the majority of Belarusians, and the negative result of the vote will be used by Alexander Grigoryevich as a killer argument against.

In general, the keys to the Union State lie “under the pillow” of President Lukashenko.
Ctrl Enter
Noticed oshЫbku Highlight text and press. Ctrl + Enter
We are
Ukraine from the inside: traitors, curators and those who watch from the Kremlin
Ten "defeats" of Putin
Reporterin Yandex News
Read Reporterin Google News
9 comments
Information
Dear reader, to leave comments on the publication, you must sign in.