Board number 1: what is the Russian "doomsday plane" 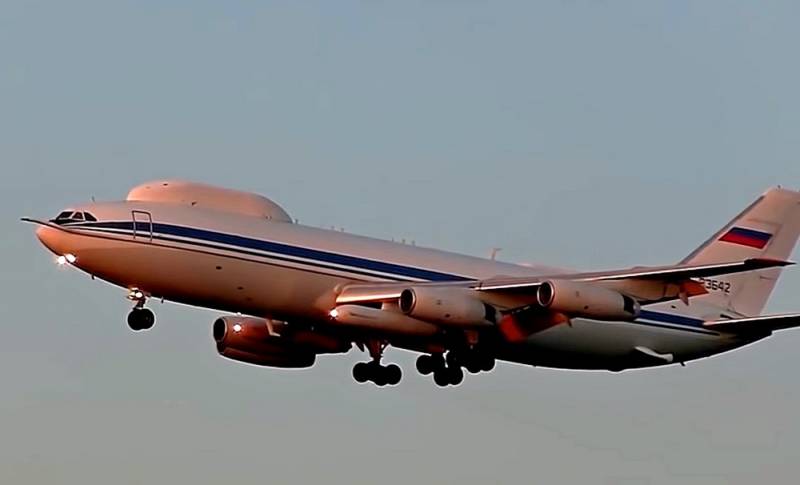 The nuclear arms race between the USA and the USSR, which reached its zenith in the 70s, subsequently was not able to identify the leader. However, there was one aspect in which the Pentagon was significantly superior to the Kremlin military.


When the missiles became so powerful that they could hardly have saved the underground bunkers from their destructive power, the Americans created the real flying Boeing E-4B fortress, which the people dubbed the “Doomsday Plane”. For the first time, this unique machine took off in 1973 and simultaneously served as a command post and asylum for the country's top officials in the event of a nuclear strike.

Naturally, Soviet designers were immediately instructed to create a similar aircraft, as a result of which the unique winged IL-80 was born. The latter was built on the basis of the most reliable aircraft at that time, the IL-86. It should be noted that the current version of “Board No. 1” is its modernized version, where only the electronic filling has undergone changes to a greater extent.

One of the obvious changes in the design of the base model was the so-called "hump" above the bow, where the radar equipment was placed. In addition, the designers significantly strengthened the wings and fuselage of the aircraft, removed the portholes in the passenger compartment and left 3 of 8 exits, making the winged vehicle as protected as possible from an explosion that could even occur in close proximity.

However, it was not possible to quickly create the Soviet Doomsday aircraft. For the first time, the IL-80 took off in 1985. However, its design required a number of improvements. As a result, it turned out that the IL-80 entered service after the collapse of the USSR in 1992.

Despite the strict dosing of information about the project, it is known that the Russian Doomsday aircraft received a long life support and the ability to communicate with the earth and satellites in a variety of ways.

On board there is a radio station R-176, which allows you to maintain communication with ground forces in any known ranges. In this case, even if the ground stations will be disabled by the explosion, the IL-80 will be able to communicate with military and civilian satellites through short-wave antennas outside the fuselage.

The winged car electronics will be able to run smoothly even with severe electromagnetic waves. An exhaust transmitting antenna (wire from 4 to 8 km long) is provided at the rear of the aircraft, which is used to communicate with strategic nuclear submarines.

As for the American Boeing E-4B, it has a large flight range, which is 11000 km versus 9600 km in our car. However, this advantage can be offset by the possibility of refueling the Russian “Board No. 1” in the air, which theoretically allows him to overcome up to 20000 km.

Another problem IL-80 is obsolete design and engines. However, even with the above problems, the Russian plane today is a serious competitor for its overseas counterpart. At the same time, it became known that the leadership of the Russian Federation is considering options for further modernization of the project in order to increase its functionality, which means that the IL-80 aircraft will remain in service for many more years, if not decades.