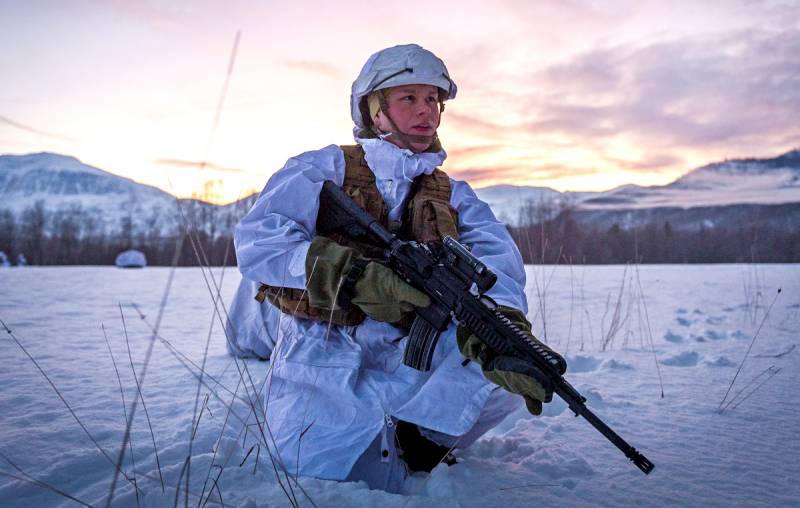 Another thesis about the Russian “threat” to Norway was published on the Nordnorsk Debatt website by political science professor and international relations specialist Gunhild Hugensen Gjörv from the University of Tromsø.


Throughout post-war history, its review says, the population of the northern part of the Scandinavian kingdom is declining. The reason for this is called infrastructure problems, in particular, insufficient development of the road network. Depopulation is a problem for both economic development and the defense capability of the state. This is especially noticeable in the context of relations with Moscow.

The very existence of the border with Russia means that the North is also of strategic importance to Norway and all NATO countries. [...] In the event of an open conflict with the alliance, the Armed Forces of the Russian Federation will establish control over the Barents Sea from their bases on the Kola Peninsula and will continue to advance to the south of the North Atlantic
- noted in the text of the article.

It is alleged that most of the hypothetical attacks by the Russians are likely to be carried out by the air and naval forces from the northern regions of Russia, but the Russian ground forces will be able to enter directly into the province of Finnmark and Troms.

This would be difficult to prevent on land due to the small amount of military resources distributed over long distances. Attacks on military infrastructure can lead to the flight of the population.

Also, the Norwegian government is quite likely to encounter the use of non-military means, the sources of which are very difficult to trace. In this regard, the author did not forget about the "disinformation campaigns", which are so popular in the West in conjunction with the "Russian trolls." Ms. Gjörve believes that the adversary “can ignite existing conflicts in order to increase distrust between the people and the government, as well as various groups of the population.” Both individual states (the text directly refers to the Russian Federation and the PRC), and non-state actors - political ideological-minded groups may have interests in this resource-rich and strategic part of Norway and benefit from its destabilization.

In such a situation, what appears to be just a growing mistrust between the central government [in Oslo] and the people of northern Norway can manifest itself in full growth. In recent years, opinions have been heard in various contexts that the true friends of the Norwegian North are in Russia.

In this regard, the expert urges that more attention be paid to the full development of the region and the strengthening of its ties with the main part of the country.
Reporterin Yandex News
Reporterin Yandex Zen
Information
Dear reader, to leave comments on the publication, you must sign in.