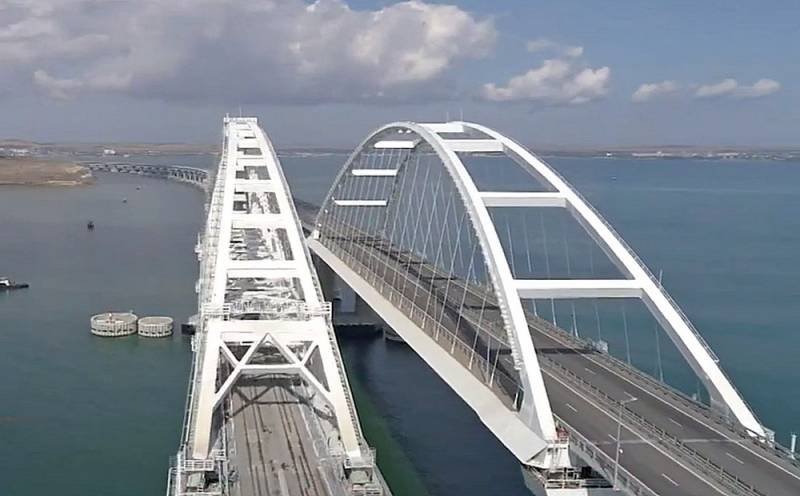 In 2014, Crimea economically turned into an “island”. The need for ferry service has dramatically increased prices for all goods and food. There was hope for the Crimean bridge, which will connect the peninsula with the continental part of Russia and simplify logistics. However, this did not happen, and the cost of food for Crimeans is respected even by Muscovites.


As the locals joke gloomily, prices “defend” and protect the peninsula from overpopulation. In addition to jokes, this leads to an increase in social tension, which is unlikely to contribute to stability amid drought and the regime of so-called "self-isolation." Will the launch of the railway part of the Crimean bridge solve the problem?

Of course, the launch of railway communication is an important milestone in the economic development of the region. In the information center "Crimean bridge" said that literally today the movement starts in both directions:

A train with products of Crimean enterprises will follow the first route towards mainland Russia. Tanks with gasoline, gondola cars with fertilizers, grain carriers, cement trucks, as well as platforms loaded with rails will follow the second path in the opposite direction.

This is a really big step. But, as for food prices, it is hardly worth counting on their reduction. What gives reason to believe so?

At first, you should take into account the specifics of local trade, most of which traditionally falls on the markets. They also joke about this, that there is one board stall per Crimean citizen. Unlike the continental part of the country, network trade on the peninsula is not so developed. Prior to his accession to Russia, only two foreign players worked in the Crimea - Auchan and Metro. In 2014, they closed for “inventory”, but after all they resumed their work, re-registering management companies. Apparently, the owners did not want to lose their investments, but there is no question of further development of these networks in Crimea.

As for the domestic large federal retailers, they are afraid to enter the local market, rightly fearing the introduction of Western sanctions. Unlike the foreign Auchan and Metro, their activities will not be blind. However, there was one exception to this rule, which we will discuss further.

Secondly, the opening of such businesses is hampered by the local business climate, which has its own specifics. The only Russian retail chain that tried to enter Crimea is the regional Rostov-based Assorted Product. The company had ambitious plans and intended to not only open stores, but also to create its own production and build a logistics center. However, last year, "Assorted" began to curtail its activities in the Crimea. Here is how Sergey Makeev, chairman of the Crimea Trade Association, comments on this:

The reason, as far as I know, was the high rent. They do not pull it. I know what they have with the economy not fused and they leave the Crimea. I have information that they do not have a relationship with suppliers. Customers complain about expired goods in stores. Somehow they feel uncomfortable here.
With regard to high rents, experts attribute this to the decision of local authorities to raise rates. This happened, for example, in Sevastopol, as evidenced by Marat Tyunin, head of the city's Union of Entrepreneurs. Many local businessmen have suffered from this.

Thirdly, there are problems with the so-called "opacity of bulk procurement." In 2018, automobile communication with the continent opened, trucks drove along the bridge, reducing the cost of logistics. Crimean merchants objectively reduced their costs, but not prices. Indeed, why? Where the locals and visitors will get away from the resort, they will buy for as much as for what is sold.

So the logical question arises, but what will change the launch of railway communication in general?
Ctrl Enter
Noticed oshЫbku Highlight text and press. Ctrl + Enter
Reporterin Yandex News
Reporterin Yandex Zen
21 comment
Information
Dear reader, to leave comments on the publication, you must sign in.