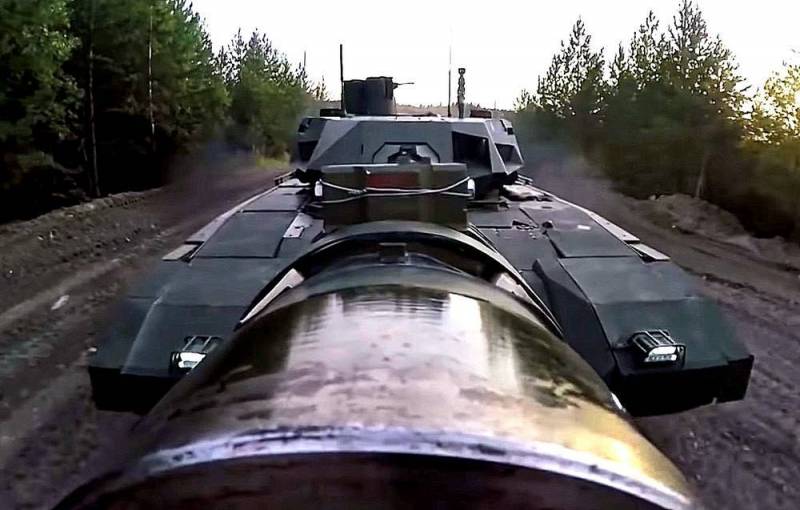 recent aggravation on the Indian-Chinese border served as a good catalyst for the growth in demand for Russian weapons. New Delhi, faced with the prospect of colliding with the PLA, asked Moscow to expedite the supply of S-400 air defense systems and intensify negotiations on the purchase of more than three dozen MiG-29 and Su-30MKI fighters. Also, India can become the first foreign market for the advanced T-14 Armata tank.


New Delhi has traditionally been a major consumer of Russian defense industry products. This is due to the dangerous proximity with Pakistan and China and the optimal price-quality ratio of Russian weapons. With New Delhi, Moscow has, for example, a joint production program for the Su-30MKI fighter and the T-90S tank. Two years ago it was reported that the Indian army intends to replace 1770 of its obsolete T-72 tanks. The main contenders were the T-14 Armata, the Ukrainian Oplot and the South Korean K2 Black Panther tank. If everything is clear with the real prospects of Oplot, then it was a great opportunity for the T-14.

This tank is really ahead of time. On the Armata platform, a whole family of armored vehicles can be created. The crew of the tank was reduced to three people due to the uninhabitability of the tower, the control of firing from the powerful 125 mm smoothbore gun 2A82-1M is automated and is carried out via a digital interface. Active and passive defense systems have been used that dramatically increase the survivability of the combat vehicle. In fact, this is not just a tank, but also a real command center, designed to conduct a modern type of network-centric warfare.

This tank is good for everyone, except for the price. For comparison, the production of one T-72 of the latest B3M modification costs about 80 million rubles, the T-90M costs 150 million, and the T-14 is already 250 million rubles (and this cost will be relevant only for multi-series production. Now the cost of one experimental a sample of the latest tank reaches 500 million rubles). The difference is very significant. Because of this, it turned out to be beneficial for the military to modernize the already existing "nineties." Belarus went the same way, turning the T-72 into the T-72BEM, which is considered appropriate for the capabilities of the Russian T-90A tank. In general, such a prudent approach is justified, but it puts an end to the prospects of its immeasurably more expensive follower of the T-14. Instead of previously announced more than 2 thousand produced a little more than two dozen armored vehicles.

Only mass conveyor production can change the situation, which will significantly reduce its cost. Some time ago, “Armata” began to be prepared for export, forming it technical passport, about which we are in detail told earlier. For this, the tank was even "brought" to Syria. The countries of the Middle East were named as potential buyers, where both money is found and the conditions for operation are suitable. But, apparently, India will become its first foreign buyer. This is reported with reference to its sources, the publication "Star":

The product is being prepared for export. India showed interest in him.
Apparently, New Delhi needed additional arguments against China and Pakistan simultaneously in heaven and on earth. Let's hope that the contract, if it takes place, will allow over time to rearm our Russian army on the T-14.
Ctrl Enter
Noticed oshЫbku Highlight text and press. Ctrl + Enter
We are
200 tons of failure: why Hitler's Mouse tank was a huge mistake
Norwegian army intends to use ultra-small UAVs FLIR Black Hornet
Reporterin Yandex News
Read Reporterin Google News
6 comments
Information
Dear reader, to leave comments on the publication, you must sign in.