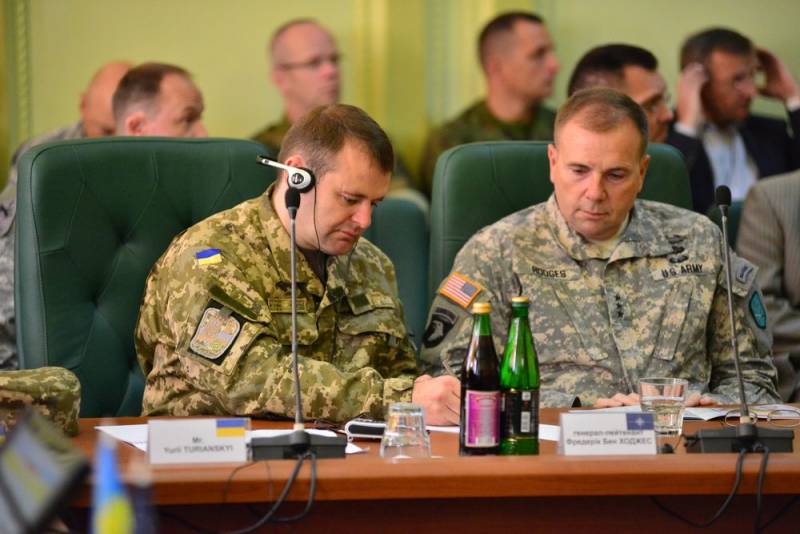 
It should be noted that the former military has now become a media expert. But Russophobia did not decrease from this. Therefore, it is popular on specific media sites.

During the program, he said that Russia could declare a humanitarian emergency in Crimea due to lack of water. According to him, Moscow in the course of military exercises will announce a crisis on the peninsula and accuse Kiev of blocking and maliciously blocking the North Crimean Canal, through which water flowed from the Dnieper to the Crimea. After that, Russia will take control of the territory of the Kherson region of Ukraine adjacent to the canal, and let water on the peninsula.

I am very concerned about what could happen in September. The forces of the Russian Federation are going to conduct the Caucasus-2020 exercises, therefore a large number of troops will be concentrated in the Southern Military District, near the Black Sea and Ukraine
- said Hodges.

Now there is more and more talk about the lack of water in the Crimea. They have significant drought due to the weather. Therefore, Ukraine correctly did that it blocked the water coming from the Dnieper River through the North Crimean Canal to the peninsula
- added Hodges.


Hodges emphasized that the problem with water in Crimea arose as a result of the “illegal annexation” of the peninsula by Russia. They also tried to find out in the program whether Russia would capture Belarus.
Reporterin Yandex News
Reporterin Yandex Zen
65 comments
Information
Dear reader, to leave comments on the publication, you must sign in.