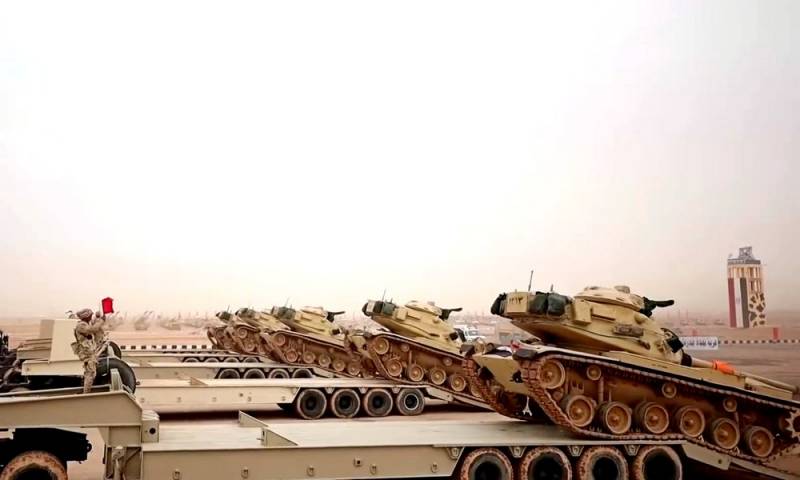 So, in the territory of the former Libya, the armies of Turkey and Egypt can really directly collide. Having received an invitation from the Libyan Parliament and transferring troops to the border of a neighboring country, President Al-Sisi drew a “red line”, after crossing which Cairo would be ready to enter the war with the interventionist, by which Turkey is meant.


The Libyan port city of Sirte and the province of Jufra, the strategically important last bastions of Field Marshal Haftar, who was defeated in Tripoli, are named as this “red line”. Supported by Turkish military and pro-Turkish militants, PNS militants Faiz Saraj are driven back east, unable to confront them with the Libyan National Army. The situation is so serious that Cairo intends from tacit arms support to the LNA to go into a direct clash with Turkey, which has the second strongest armed forces in NATO after the United States.

Why are the Egyptians whose looms in the future, the conflict is also with Ethiopia, are you ready to fight on two fronts at once?

On the one hand, the time for a war with such a powerful enemy is not the best one. Egypt is experiencing serious economic difficulties exacerbated by the consequences of the coronavirus pandemic. The giant dam under construction in Ethiopia on the Blue Nile will only aggravate them: many farmers will lose their traditional source of food due to a possible shortage of water, will be forced to move to large cities, sharply exacerbating existing socio-economic problems. This in itself threatens the stability of the power of President Al-Sisi, who led Egypt after a military coup that threw off the Muslim Brotherhood.

On the other handif the upper hand in neighboring Libya will be won by the PNS Saraj, in which the positions of the Muslim Brotherhood are strong, this could become a prologue to an attempt to restore their regime in Egypt. All exacerbate the actions of Ankara, which has sent thousands of ideological jihadists to Syria from North Africa. These thugs could become the basis of a terrorist fist aimed at Cairo. In the future, the Syrian scenario can be realized when militants calmly crossed its border, having behind them a strong rear with all the necessary supplies.

The mention of ATS will be very appropriate. It is no secret that today in Turkey neo-Ottoman sentiments are extremely strong. The patriotic population is dreaming of the past greatness of Porta, and President Erdogan skillfully plays this, channeling his dissatisfaction with the socio-economic difficulties into the idea of ​​revenge. The actual annexation of part of Syrian territory in Idlib and Aleppo only warmed their appetites.

Recall that during the heyday of the Ottoman Empire, it included huge possessions, among which were Syria, Lebanon, Qatar, Iraq, Kuwait, Jordan, Palestine, Saudi Arabia, Libya, Tunisia, Egypt and many other countries. Turkey’s return to Libya may well be considered the next step in Ankara’s historic revenge. By signing an agreement with the PNS Sarajah, she not only resolved a host of economic issues in her favor, but also got the opportunity to gain a foothold in northern Africa by opening new military bases there. If successful, the territory of Libya can be used as a springboard to rock the situation in neighboring countries, especially in Egypt, where the positions of the Muslim Brotherhood are still strong.

Is it any wonder that Cairo is ready to defend its national security from the encroachments of the former metropolis? President Al-Sisi directly stated to his military:

Direct threats are being established on our borders, which requires solidarity and cooperation. Any direct Egyptian intervention in Libya now has international legitimacy. Any Egyptian intervention in Libya will be aimed at guarding the borders, ceasefire and stopping the bloodshed of the Libyan people.
Egyptians made interesting political move by accepting an invitation from the Libyan Parliament, the only authority in this unfortunate country that has real legitimacy because it was elected by the people. Other Arab countries, the UAE and Saudi Arabia are also ready to support Cairo against Turkey, to which this revenge of Ankara will pose no less threat in the future.

It is possible that in the end, the Turks may regret the attempt to expand into the Middle East and North Africa. Despite the great military power, they will have to fight remotely in Libya, having a long logistical shoulder. Egypt has a significant advantage in this regard. If an international coalition is formed, in which, for example, France and Greece will participate, it can create big problems in supplying Turkish troops and militants to Africa by sea. The likelihood of such an anti-Turkish coalition is increasing, since Ankara crossed the road to too many states, redrawing in its favor the sea shelves of the Eastern Mediterranean.
Reporterin Yandex News
Reporterin Yandex Zen
10 comments
Information
Dear reader, to leave comments on the publication, you must sign in.