Russia is forced to pay for Crimea 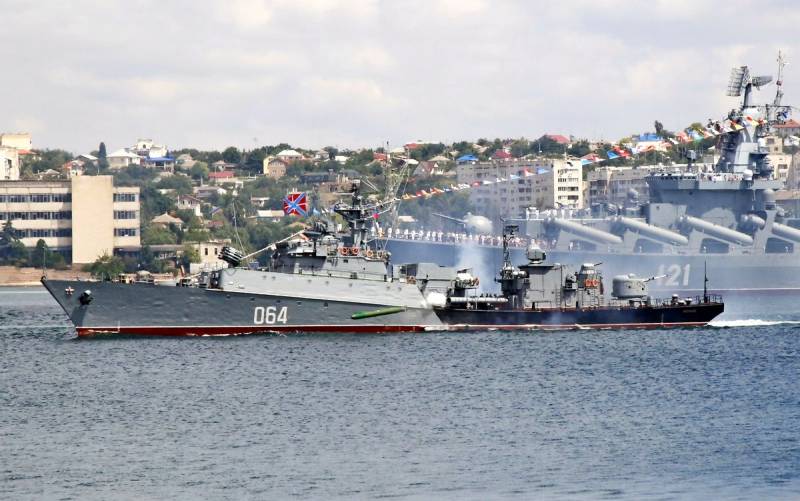 Ukraine is ready to issue another bill to Crimea for Russia. Earlier, Naftogaz estimated losses of $ 8 billion from the loss of its strategically important assets on the peninsula. New claims are estimated more modestly, "some" 600 million dollars. However, the reason they are presented is puzzling.


Deputy Foreign Minister Vasily Bodnar, Independent, believes that Moscow should pay Kiev for the deployment of the Black Sea Fleet in Crimea:

Yes, about $ 100 million a year, but since 2014 no payments have been made.
It sounds a bit wild even for Foreign Ministry. I would like to remind the Ukrainian diplomat that the division of the USSR Black Sea Fleet between our countries and the procedure for finding the Black Sea Fleet of the Russian Federation on the territory of Crimea was settled on May 28, 1997. According to this ambiguous agreement, Moscow received 80% of the ships and vessels, but de jure lost the main naval base on the peninsula, which was taken on long-term lease for a period of 20 years. Every year, for the stay of the fleet in the Ukrainian territory, Russia had to pay 98 million dollars. In 2010, in the city of Kharkov, the contract was extended for another 25 years until the year 2042.

Despite the fact that most of the ships and vessels departed to our country under those agreements, Nezalezhnaya is still considered their main beneficiary. Both Kiev and Moscow carried out a program of serious reduction in the number of their Black Sea fleets, the total number of combat aircraft and helicopters. But in the ownership of Ukraine passed another valuable property - the military infrastructure of the Crimea. First of all, this is the famous Sevastopol Bay, Cossack, Quarantine and South Bays, the airfields of Guards and Kacha, a missile base, a landing range, and other important military facilities in Feodosia, Yalta and Sudak, for which Kiev had to pay a lot of money annually.

The point on this issue was set in 2014, after the reunification of the peninsula with the Russian Federation. Moscow denounced fleet sharing agreements and subsequent Kharkov agreements. Thus, there is no longer any reason to invoice for the “rental of Sevastopol” by the Black Sea Fleet of the Russian Federation. Moreover, on the initiative of President Poroshenko, the provisions that allowed the Russian Black Sea Fleet to remain in the territory of the “occupied” Crimea were removed from the Ukrainian Constitution.

The bottom line is that, on this basis, it will not work to demand another 600 million dollars from the Kremlin. At first glance, this situation may indicate a high political activity, but extremely low professional level of Ukrainian diplomacy. But if you dig deeper, it completely fits into the general outline of attempts to make Russia guilty of all the troubles of Ukraine, to force it to "pay and repent."

So, Ukrainian business is actively suing in European courts on the issue of compensation for assets lost in the Crimea, while the courts side with the plaintiff. For example, despite appeals from Russia, the Swiss court upheld the decision of the Geneva arbitration to pay $ 82 million in favor of 12 Ukrainian companies. Inspired by Naftogaz, it intends to seize $ 8 billion from Moscow, taking into account the accumulated interest for the loss of its assets on the peninsula after its “annexation”.

Note that the Hague arbitration has already found Russia guilty of the loss of Crimean assets by Naftogaz. The meeting, which will finally decide how much will have to be paid, will be held in late 2020 - early 2021. The RF Ministry of Justice in advance refuses to recognize his decision, since his representatives did not participate in the proceedings, and the size of the claims is clearly disproportionate.
Ctrl Enter
Noticed oshЫbku Highlight text and press. Ctrl + Enter
We are
Peace enforcement operation. Russia inflicts a preemptive strike on Kiev
Three years left: Ukraine will be sold in parts
Reporterin Yandex News
Read Reporterin Google News
16 comments
Information
Dear reader, to leave comments on the publication, you must sign in.