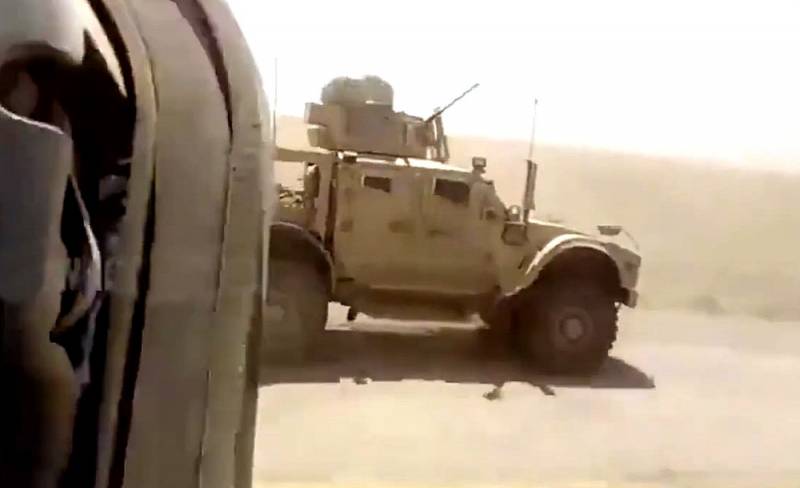 A video about the "races" of Russian and American military transport along Syrian front roads has again been released on YouTube. And this time, the Americans failed to overtake the patrol of the Russian army.


The video shows how the KamAZ-63698 Typhoon-K armored car of the Russian patrol and the US Army combat vehicle SUV Oshkosh M-ATV move along the road. At first, the United States military jeep seemed to overtake the Russian car, but then the truth triumphed - the heavy patrol typhoon with the Russian flag left the Americans behind and rushed forward.

The Syrian “catch-up game” between the military forces of Russia and the United States again confidently ended in favor of the Russians.


This is not the first case of “confrontation” between Russian and American military vehicles in Syria. So, on June 19, the Russian armored personnel carrier blocked way to American armored vehicles on one of the Syrian roads. The day before the military technique USA got in the way Russian colleagues, but the military of Russia masterfully "cleared" the situation and went around unexpected obstacles. The week before, the armored SUV of the American troops in an attempt to overtake The Russian armored personnel carrier drove into a small hillock, which caused the US combat vehicle to smoke - presumably, the radiator was damaged.

In early June, it became known about the construction by Russia of a new military base in northeast Syria near the city of Al-Malikiya. According to some analysts, the creation of a base in this place indicates attempts by Moscow and Washington to streamline the spheres of influence of both countries in the region.
Reporterin Yandex News
Reporterin Yandex Zen
9 comments
Information
Dear reader, to leave comments on the publication, you must sign in.