“Natural desalination plant”: what could be the danger of water found in Crimea 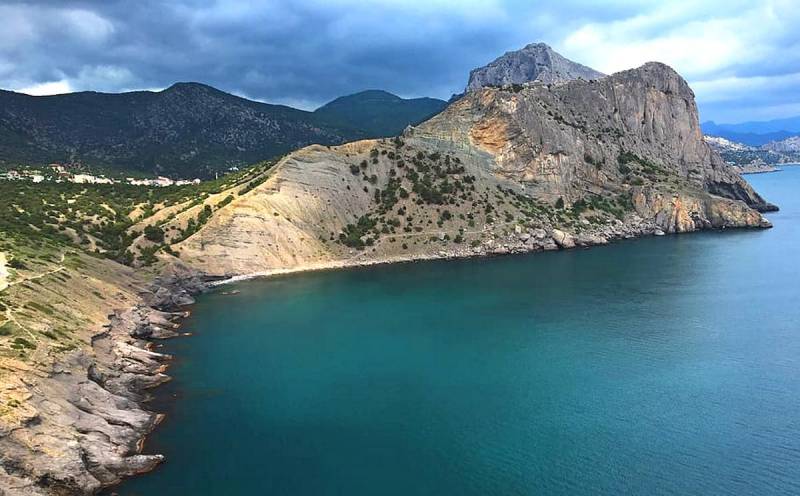 The problem of water supply to Crimea arose immediately after its transfer to the Russian Federation. Six years ago, Ukraine blocked the water canal, which dealt a severe blow to the agriculture of the peninsula and became one of the causes of a real environmental disaster in Armyansk in 2018. Since then, a lot of water has flowed past Crimea to the Sea of ​​Azov, but the problem has not been fundamentally resolved.


The fact that another environmental disaster is brewing on the peninsula due to drought caused by an abnormally warm and snowless winter told already repeatedly. It got to the point that the regional authorities, in all seriousness, called for prayer to God so that rainfall would finally fall. And so, about a week before the start of voting on amendments to the Constitution, they were heard. But what is it, the “Gift of God" or the "tricks of Satan"?

It is reportedthat in the Crimean mountains discovered giant sources of fresh water, which just should be enough for all the needs of the peninsula. The daily water consumption there is from 300 to 400 million cubic meters, and the productivity of the “natural desalination plant” is about 365 million cubic meters per day. What kind of miracle is this that has fallen on our heads like manna from heaven, so on time?

It is a unique natural phenomenon: at a great depth there are immediately two high-temperature water sources, where sea water naturally evaporates and desalinates. One focus lies at a depth of 900-1100 meters, the second - from 300 to 500 meters. Having cleared of salts, water circulates through a network of tectonic faults, sometimes flowing from the lower layers to the upper. Beauty, here it is, “natural desalination plant”, a gift of fate for those who in six years have not bothered to build industrial ones, according to Israeli technology. Drill and download, we can do it.

However, despite the seriousness of Crimean water problems, do not rush so as not to aggravate them:

At first, experts note a rather high cost of drilling deep wells.

Secondly, you should think about why this natural source of water supply was not developed back in Soviet times. Then they knew perfectly about him, but did not hurry. If you begin to actively intervene in natural processes and pump out water on an industrial scale, there is a risk that the “natural desalination plant” will gradually cease to cope, and groundwater will become more and more salty. Artesian wells in Crimea have already been played to fame: the large amount of mineral salts in such water gradually makes the soil less fertile. The question is, how safe will the next experiments with nature be?

Why reinvent the wheel, if you can apply the experience of Israel to create powerful desalination plants? This small country in the desert was able to turn into a real “water superpower”. Is it really beyond the power of Russia, and if so, are we entitled to stutter at all about some claims to "superpower"?
Ctrl Enter
Noticed oshЫbku Highlight text and press. Ctrl + Enter
We are
Peace enforcement operation. Russia inflicts a preemptive strike on Kiev
Three years left: Ukraine will be sold in parts
Reporterin Yandex News
Read Reporterin Google News
49 comments
Information
Dear reader, to leave comments on the publication, you must sign in.