One step closer to war: Ethiopia refused to wait for an agreement with Egypt on hydropower plants 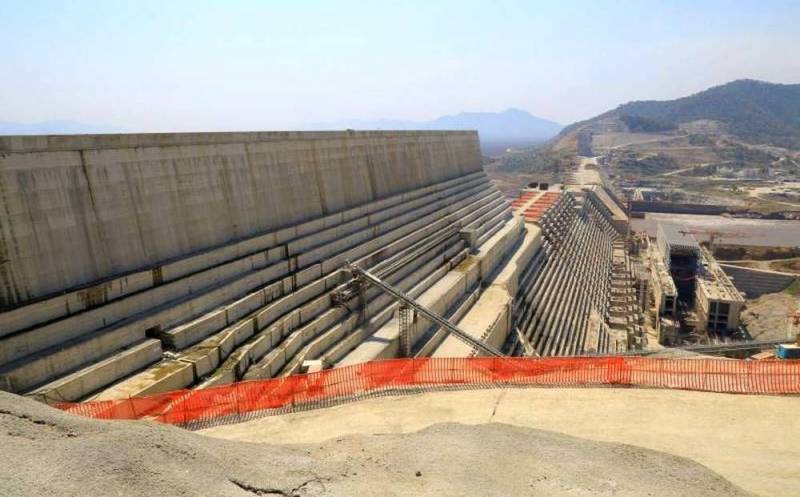 The situation in northeast Africa is exacerbating. Three African countries - Ethiopia, Egypt and Sudan became one step closer to the war. Addis Ababa refused to wait for an agreement with Cairo and Khartoum regarding the Hidase (Renaissance) hydroelectric power station and decided to start filling up the reservoir without the permission of the Egyptians and Sudanese.


It should be noted that the mentioned hydroelectric power station is being built on the Blue Nile (the right tributary of the Nile) and will become the largest in Africa. It is located near the border with Sudan, on the territory of which the Blue Nile merges with the White Nile into one water artery, flowing to the Mediterranean Sea. At the same time, the more arid Egypt and Sudan, located downstream, are not enthusiastic about the construction, reasonably suspecting that they will receive less water and they will begin drought.

Despite this, Ethiopian Foreign Minister Gedu Andargachev said his country would begin filling the giant reservoir on its own schedule without the “blessing” of others. This will happen already in July 2020, regardless of the outcome of the consultations. This was reported by the Associated Press.

The Minister emphasized that Ethiopia would like to agree with Egypt and Sudan, but negotiations can last for years, and neighbors will simply try to delay the process of filling the reservoir and putting an important object into operation. But the 107 millionth Ethiopia really needs this hydroelectric power station, so Addis Ababa will not allow procrastination for it to remain idle for years.

We believe that the Egyptian side wants to dictate terms to us and control our use of our own river.
- Andargachev considers.

The head of the department said that the Ethiopians are not going to ask someone for permission to implement their projects based on their own resources. He added that all other options for his country are unacceptable from both a moral and a legal point of view.

Earlier, Ethiopia refused to discuss the agreement on the division of the Blue Nile water and refer this issue to the UN Security Council. Moreover, the Ethiopian military even threatened neighbors, however, those answered to them in return. Therefore, it is likely that in the near future a serious armed conflict may arise in this region.
Ctrl Enter
Noticed oshЫbku Highlight text and press. Ctrl + Enter
We are
“The whole world knows how we are at war”: Ethiopian army threatens Egypt because of the dam
Negotiations on the Ethiopian Dam Fail: Africa faces a new war
Reporterin Yandex News
Read Reporterin Google News
Information
Dear reader, to leave comments on the publication, you must sign in.