Polish professor: Putin will use every opportunity to attack us 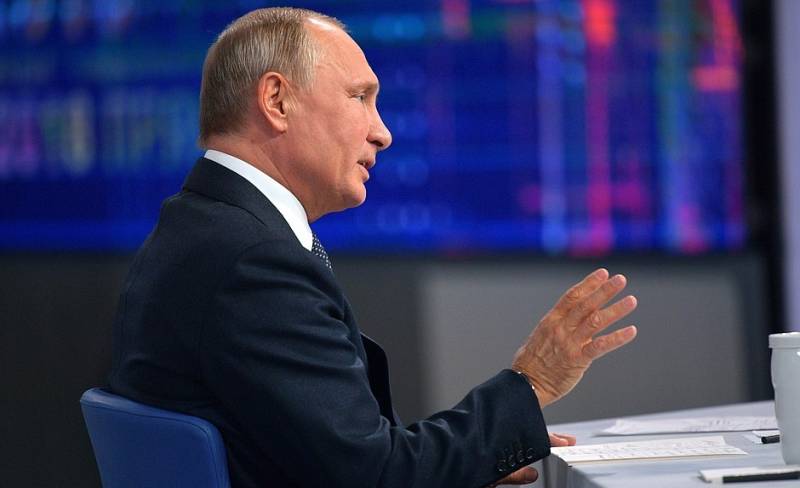 Warsaw has been a target for Moscow for a long time, so Putin will use every opportunity to attack Poland, writes the Polish conservative Internet portal Niezalezna, quoting Wojciech Rosczkowski, the country's main Russophobe, historian and professor of humanities.


Roshkovsky commented on an article by Russian President Vladimir Putin on the 75th anniversary of the victory over Nazi Germany. June 18, 2020 the material was published in English in the American journal The National Interest.

When asked whether European policy, especially in Poland, to forget about the Munich Agreement of 1938 (which caused the "dismemberment" of Czechoslovakia - ed.), the professor replied that Poland did not need to strive to "sweep the Munich Agreement under the carpet" because it was not a party to it. Russophobe, apparently, forgot that in the fall of 1938 Germany, Hungary and Poland carried out the partition of Czechoslovakia.

I think that in a material sense, Putin has already reached the point of absurdity and lies. If you refer to what the Russian leader said, this is a fundamental lie. After the collapse of the USSR, he is only looking for reasons to start a war in Europe and achieve the greatest possible benefits
- considers Roshkovsky.

The historian is confident that Putin justifies Moscow’s policies before the outbreak of World War II because the Soviet Union was an ally of the Third Reich. He recalled that Joseph Stalin, although he did not personally meet with Adolf Hitler, was present at the signing of the Molotov-Ribbentrop Pact.

These are facts that no lies and manipulations, even if committed by the president of a great state, can change
- said Roshkovsky.

Returning to the Munich Agreement, the professor said that it was a "skeleton in the closet" of Western countries, especially France and Great Britain. He called this agreement "key and shameful evidence of appeasement." After all, then the allies did not fulfill their obligations to Czechoslovakia, and now France and Great Britain are allies of Poland, so their reliability is doubtful.
Reporterin Yandex News
Reporterin Yandex Zen
7 comments
Information
Dear reader, to leave comments on the publication, you must sign in.