“Without the US, Russians would lose to Hitler”: Poles on an article by Vladimir Putin 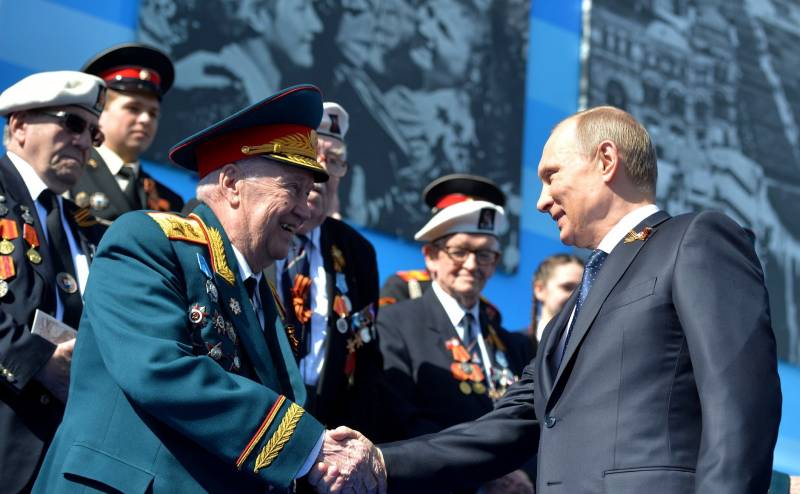 Russian President Vladimir Putin published an article about World War II in the American magazine The National Interest, where he accuses European, in particular Polish, politicians in the fact that they want to "forget" the Munich Agreement of 1938, writes the FAKTY w INTERIA.PL portal (Russian version of the article available on the site of the "Russian newspaper").


Below are the comments of individual readers from this resource (in total there were 1655 reviews at the time of writing this material).

The truth is that the Poles took part in the partition of Czechoslovakia. They fostered a common European tolerance for Hitler's policies. He who comes with a sword will die by the sword
- Troll555 writes.

It was the Polish government that wanted to restore the Commonwealth to its original borders. [...] Here is an attempt to capture Gdansk, and the Silesian uprising, rebellion in Greater Poland, the persecution of ethnic Germans, etc. After the Battle of Warsaw, you betrayed your allies (Lithuania, Ukraine). I'm not surprised that Hitler (and everyone else) attacked you. Only Stalin built you a very strong mono-ethnic state, because the Second Polish Republic was quite like Yugoslavia.
- reminds Historyk.

You cannot ignore the facts. Until August 1939, Russia did not take an active or passive participation in the Munich Agreement or other destabilizing activities in Europe. Attempts to create a collective security scheme in Europe outside the framework of the already discredited League of Nations, proposed since 1936 by Minister Litvinov, have been successfully torpedoed by Britain and France to Polish applause. In 1938, Poland refused to help Czechoslovakia and rejected the request of the USSR to allow the Red Army to go through its territory, as a reward having acquired the Zaolzie region. As a result, Poland itself signed a sentence, and Stalin, who realized that the USSR was not ready for the inevitable confrontation with Germany, had no choice but to move the borders to the west [...]
- reminds dziadek Jonasz.

Interestingly, as a result of this war, the USSR expanded its territory at the expense of all neighbors. This is called peacefulness.
- ironic user yrtrtyr.

Everyone forgot about significant materialtechnical US assistance delivered through the ports of Murmansk and Arkhangelsk. Without it, the Soviets would be completely defeated in a collision with Hitler's technique. But Russians don't talk about it
- a mat shares his thoughts.

I always thought so. The fundamental qualities of our political "elites" are indicated, in particular, by the division and loss of independence for 123 years, complete loneliness in 1939, the period of captivity after the Second World War
- pointed Jorguś2.

Vladimir Vladimirovich, you have to admit that there is no Eurasia in this part, there is no other country more wild than Russia, and if it weren’t for the USA, it would not exist on the world map
- claims tylewtemacie.

I can only say that in those days Poland was considered a pseudo-state. [...] It is difficult to say that Gdansk (2/3 German) or Silesia were Polish. The elimination of the pseudo-state did not particularly impress the world at that time.
- the user with the nickname TakaPrawda writes.
Ctrl Enter
Noticed oshЫbku Highlight text and press. Ctrl + Enter
We are
The monument to Marshal Konev is not demolished by Czech Russophobes, but by Russian propaganda
“With Russians it’s worth playing fair or not playing at all”
Reporterin Yandex News
Read Reporterin Google News
12 comments
Information
Dear reader, to leave comments on the publication, you must sign in.