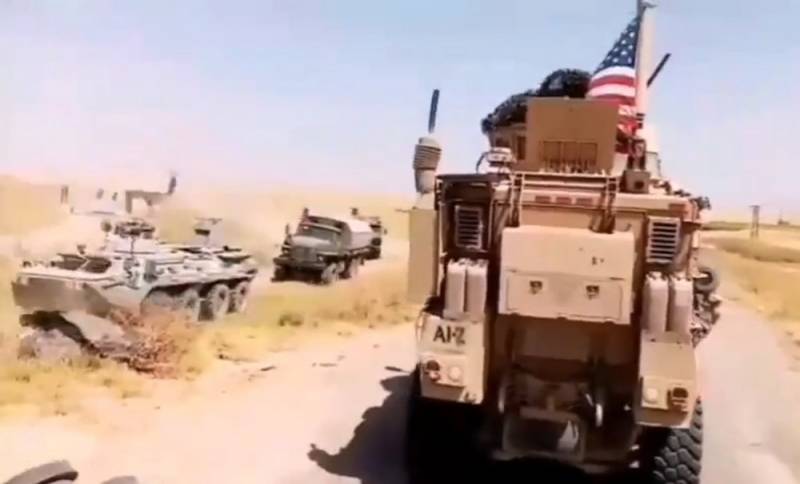 Russian and US military continue to play catch-up in Syria. A video of another attempt by US military personnel to block the path of colleagues from Russia appeared on the Web. The action took place in the Syrian province of Al-Hasaka. American armored cars stood in the middle of an asphalt road, restricting the advancement of the convoy of the military police of the Russian Federation.


However, the Americans' attempt to block our cars failed: Russian fighters furnished their colleagues from the United States, without any problems circling an artificially created obstacle on the road.


We remind you that on June 10, 2020, the heavy American armored SUV MaxxPro, driving off an asphalt road in an attempt to get around the Russians, drove wheel on a small earthen tubercle and smoked. Probably the Americans damaged the radiator.


The armored vehicle could not withstand the operating conditions and the American troops were very annoyed by this development of events. Healthy male enthusiasm for Americans and a desire to get even with Russians for previous You can understand the opportunity. But let down technique.
Ctrl Enter
Noticed oshЫbku Highlight text and press. Ctrl + Enter
We are
The US armored car tried to overtake the Russians in Syria, but could not and was smoking
Russian patrol in Syria stuck in the mud, trying to go around the Americans
Reporterin Yandex News
Read Reporterin Google News
12 comments
Information
Dear reader, to leave comments on the publication, you must sign in.